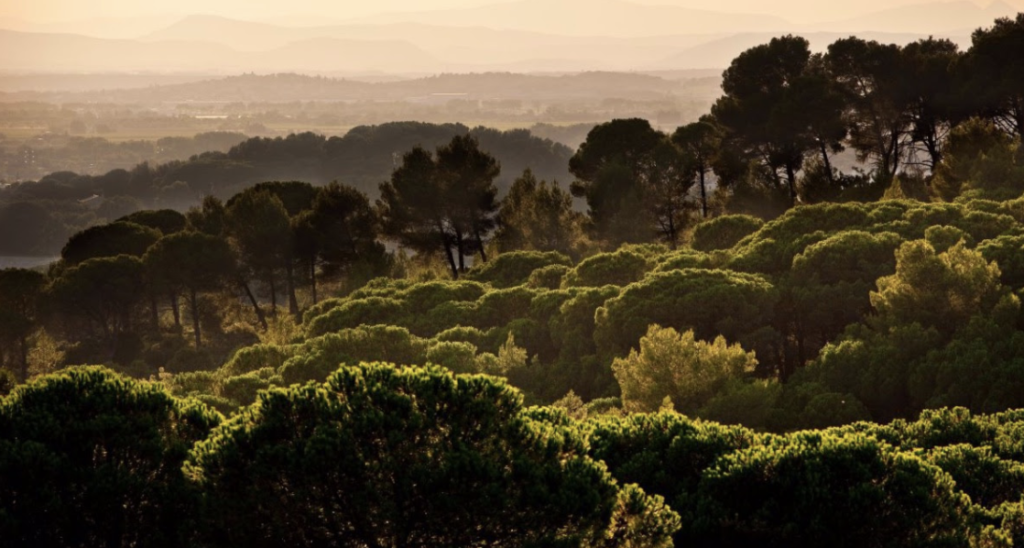 The Southern Rhône Valley is home to fabulous wines, many of which rank among the greatest values to be found in France. It’s also a rich, fun place to visit—you’ll find ancient ruins and a modern, thriving, and welcoming food and wine scene in walkable, charm-filled towns. We can’t wait to go back.

Often overshadowed by Rhône’s more famous appellations: Cornas, Condrieu, Côte Rôtie, and Hermitage in the north, and the cru villages of Châteauneuf-du-Pape in the south, wines from Costières de Nîmes and Luberon are sort of underdogs. Winemakers here are stepping up their game in recent years and are creating bottles that deliver in terms of complexity and elegance. Look no further for great value! 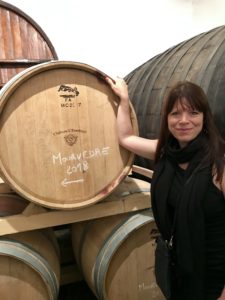 As with much of the southern Rhône, Costières de Nîmes and Luberon are famous for their blends. The majority are red wines, accounting for about 55 percent of overall production, although they make rosé and white wines as well. The region’s classic blend of Grenache, Syrah, and Mourvèdre is oftentimes mixed with Carignan and Cinsault. White varietals include Grenache Blanc, Roussanne, Marsanne, Bourboulenc, Clairette, Vermentino, and Viognier.

A Mediterranean climate makes the Southern Rhône Valley one of the warmest wine-growing regions in France—summers get especially hot and humid. Garrigue, wild resinous herbs, cover a landscape of rolling limestone hills.

The Mistral is a fierce wind that blows from the Northern seas onto the Rhône valley—at an average speed of 60 mph, about 150 days a year, usually during winter and early spring. The winds can disrupt people and vines, but they can also bring about clear skies with plenty of sunshine. Plus, they keep moisture (and therefore fungus and other potential problems) away from the grapes. The unique terroir creates aromatic wines with juicy fruit and delicate aromatics.

Costières de Nîmes is southeast of the city of Nîmes, sandwiched between the valley of the Gardon and the Mediterranean. Vines have been grown here since the days of ancient Greece; the Romans occupied the area after they conquered Egypt during the Battle of Actium in 31 BC.

The region’s soils are made up of surprisingly large pebbles—sometimes they more closely resemble rocks—called grés. Beneath these grés lies a layer of soil rich in clay, which supplies the vines’ deep roots with a steady supply of water and coolness that helps the grapes mature and flourish. 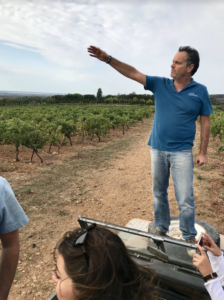 If you visit, don’t miss a trip to the beautifully preserved Roman arena of Nîmes. Originally the local venue for the Roman games, today it is home to bullfights during the annual Féria de Pentecôte, created in 1952 and based on the Spanish bullfighting festivals. More than a million people come to watch the festivities each year. The arena also hosts concerts and events—and visitors can take a guided tour.

In Costières de Nîmes, Carole visited Jérôme Castillon at Château l’Ermitage, a tenth-generation winemaker who combines his deep-rooted family tradition with a playful sense of modernity and creativity. “He took immaculate care of his vineyards and his grapes,” Carole says. Jérôme grows organically and biodynamically. Other highlights included Mas Carlot and Mas des Bressades and Château de Valcombe, a natural wine company operated by two brothers who are fun and innovative—as reflected in their wines.

Quintessentially Provençale in its climate, its food, and its landscape, the wines of Luberon have seen a shift of focus from quantity to quality in the last generation. In warm and sunny Luberon, the wines tend to be deep and bold, with lots of black fruit and leather.

Take Romain Dol of Domaine le Novi. Romain is fifth-generation winemaker, running the 17-hectare vineyard with the help of his dad, and his forward-thinking ethos guides everything he does. Domaine le Novi is currently organic and working towards becoming fully biodynamic. They use indigenous yeast, play with barrel usage, and experiment with including stems. Their wines are all fantastic, but rosé is a standout. 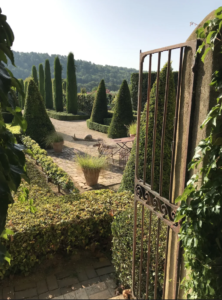 Agnès Hugues’s mother started Domaine de la Royère 30 years ago, and now the daughter is in charge of running the 33-hectare vineyard and the business. When Carole and her crew came to visit, they were in the thick of a busy harvest season. In fact, Agnès found herself understaffed. It was a win-win: Domaine de la Royère got several extra sets of hands, and Carole got to partake in harvest, clipping bunches of grapes into buckets by hand. Agnès taught her to avoid the sun-burned grapes and select only the best fruits. “By the end of the day we were tired and dirty,” Carole reflects, “Itantastic way to learn more about the process. Plus, the wines were delicious.”

Another not-to-miss spot: Domaine de la Fontenille. In 2016, the former owners of France’s Comptoir des Cotonniers fashion brand decided Domaine de la Fontenille, their Provençal vineyard, was too gorgeous to keep for themselves. So, they opened their grounds and with it, a Michelin-starred kitchen and a boutique hotel. The stately home’s manicured gardens sit between Bonnieux, Lacoste and Lourmarin, and there’s a farm that grows the veggies and raises the hens the restaurant cooks up for dinner. Their organic and very picturesque winery offers tastings and tours.

While we plan our next trip back to this unique and gorgeous region, we’ll be sipping their quaffable, high quality wines here at home.