The Can’t-Miss Spots in Burlington, Vermont 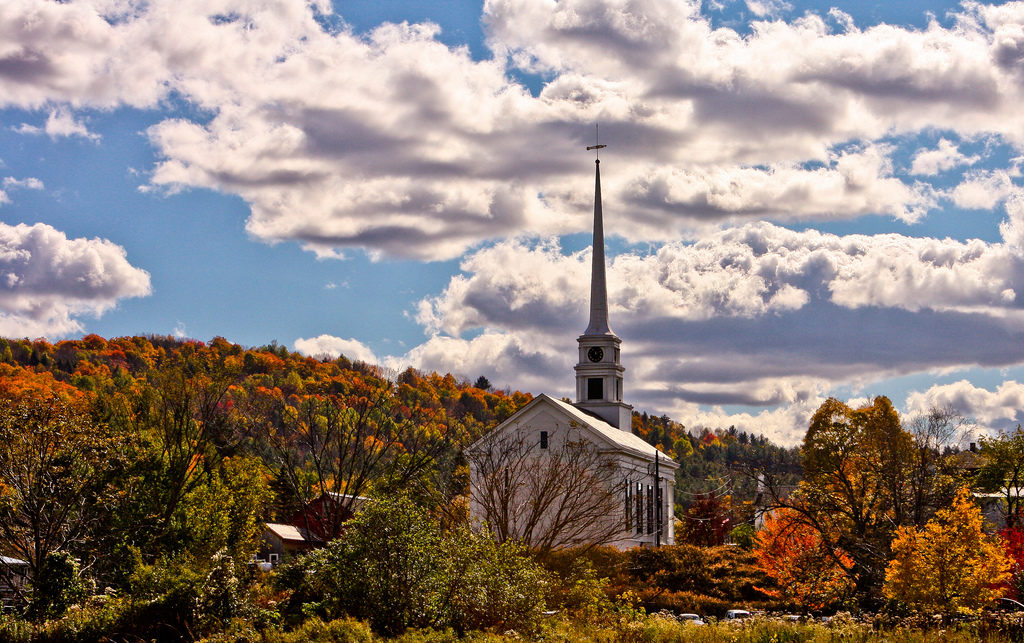 Bernie Sanders may have put Vermont in the news this year, but the Green Mountain State has been a must-go destination for foodies, leaf-peepers, and ski bums for years. Close by is Stowe, home to one of the best areas for skiing and other outdoor activities, plus the Trapp Family Lodge (yes, THAT Von Trapp family)! And while the Vermont Brewers Association does offer a brewery passport (the state has close to 50 of them), you’ll find enough in Burlington proper without a serious road-trip. 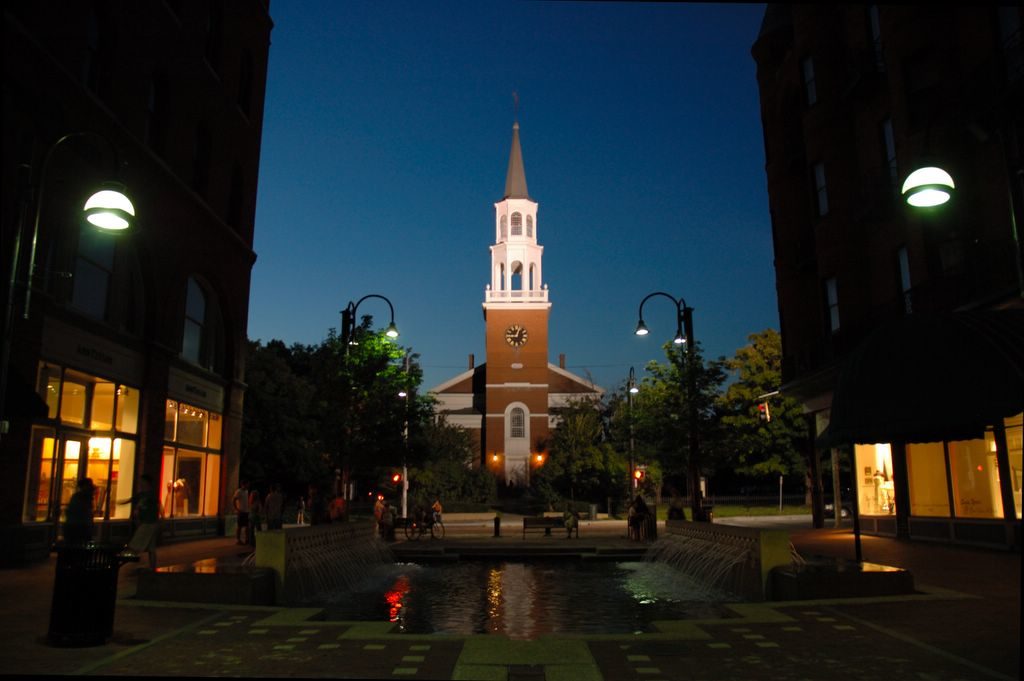 Penny Cluse Café (169 Cherry Street): This quaint breakfast & lunch spot feels like it should be on some winding bucolic road surrounded by gentle hills and dairies. Constantly jam-packed with locals, you might have some luck saddling up to the counter. The menu reads like one of the greatest Vermont breakfasts ever: gingerbread pancakes, sausage & gravy, huevos rancheros, tacos (for breakfast and lunch), and, of course, a Vermont Farmhouse Cheese Sandwich.

Handy’s Lunch (74 Maple Street): Another Burlington institute—it just celebrated its 70th birthday—Handy’s was opened by Earl & Flora Handy in 1945, and is the place to go for a hearty, all-American breakfast or lunch. Pancakes, “submarine” sandwiches, cheeseburgers and chili dogs can be spotted all day on their spartan counter. 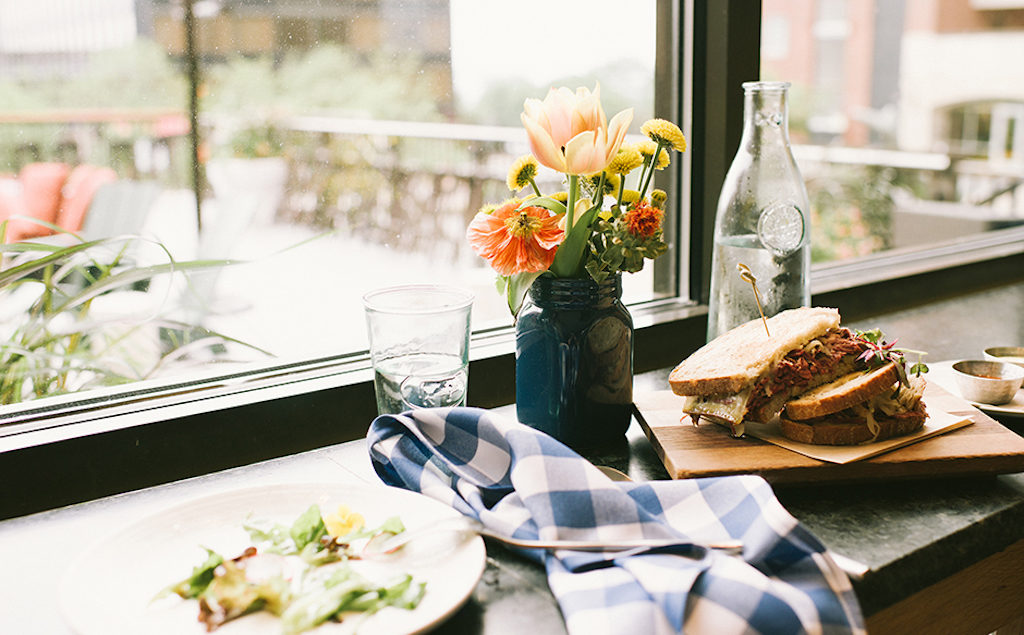 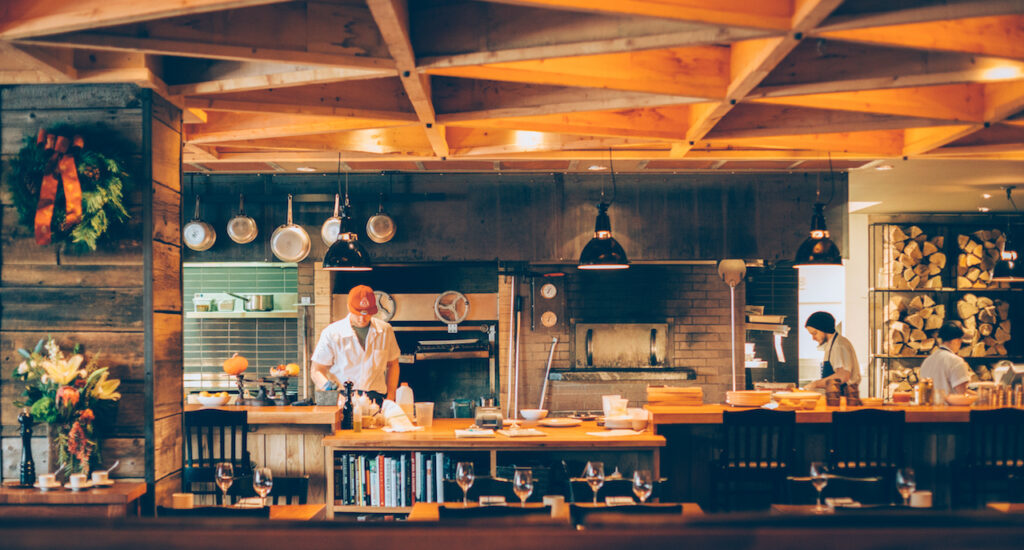 Hen of the Wood (55 Cherry Street): The other restaurant attached to the Hotel Vermont is one of the best in the entire state. The original Hen of the Wood, the one reviewed by Mark Bittman for The New York Times, lies about a half hour outside of town, in Waterbury. This version exhibits the same rustic ambiance—there’s a working fireplace in the corner, perfect for nighttime snuggling—but there’s a window into the butchering area, and an open kitchen with grilling entertainment. The menu changes almost daily, just know you’re in good hands here on both the food & drink front.

Farmhouse Tap & Grill (160 Bank Street): If there’s something Burlington has down pat, it’s the farm-to-table gastronomic experience. On nights where Hen of the Wood is full, head to Farmhouse a couple of blocks away. The gastropub focuses on local producers, but this is more relaxed. Try a few things from the raw bar before getting into their fried chicken or burgers. But save room for the beers, Farmhouse’s prolific beer list has literally something for everyone.

American Flatbread/Zero Gravity Craft Brewery (115 St Paul Street): Just because a Vermonter wants to enjoy an easygoing dinner, like, say, of wood-fired pizza, that doesn’t mean she has to give up enjoying more craft beer. Right across from City Hall Park is exactly the spot for a low-key pizza with seasonal toppings and craft beer meal. 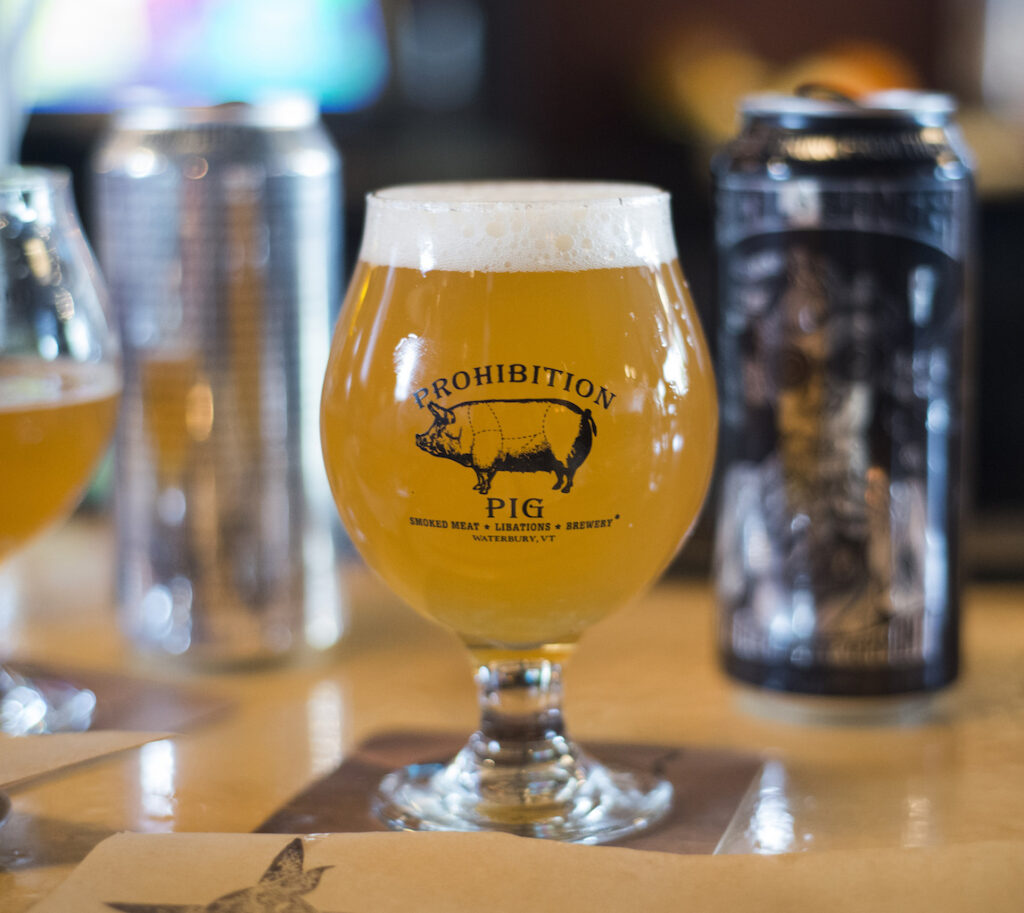 Prohibition Pig (23 South Main Street): You’ll want to get out of town for a least one day—there are some pretty good sites in both Waterbury and Stowe. And when that happens, you’ll also want to stop by Prohibition Pig for the hearty Eastern North Carolina-style BBQ, chicken biscuits and poutine. It wouldn’t be Vermont without their own craft beer on tap and unique spins of classic cocktails.

Alchemist (100 Cottage Club Road): Out in Stowe lies one of the most acclaimed beers in all the land, Alchemist Brewery and their double IPA Heady Topper. The line is allowed to form at 10am every day, and due to crowds, you may only pick up 2 four-packs. It’s worth it to try what many believe to be one of the best beers being brewed today.

Queen City Brewery (703 Pine Street): Most American breweries stick to popular styles: IPAs, lagers, pilsners, maybe a few saisons, sours, or bretts as they’ve been trending. But this South Burlington brewer is going for more European styles: porters, hefeweizen, dunkel, rauchbier and steinbier. With tasting hours pretty much every day, it’s worth a stop instead of something you can get at home.

Switchback (160 Flynn Avenue): Another brewery whose beers are popping up on taps in the Northeast, but this is one for fans of unfiltered lagers and ales. The taproom is open every day, and there’s often some event happening to entertain you while you taste a tap room exclusive.

Vin Bar & Shop (126 College Street): Even with all the beer in town—trust us, there’s a LOT—Burlington is expanding in the wine & spirits section, beyond the respectable bottles & cocktails at the high-end spots. But true to the Vermont character, Vin focuses on Old and New World small producers with sustainable practices. 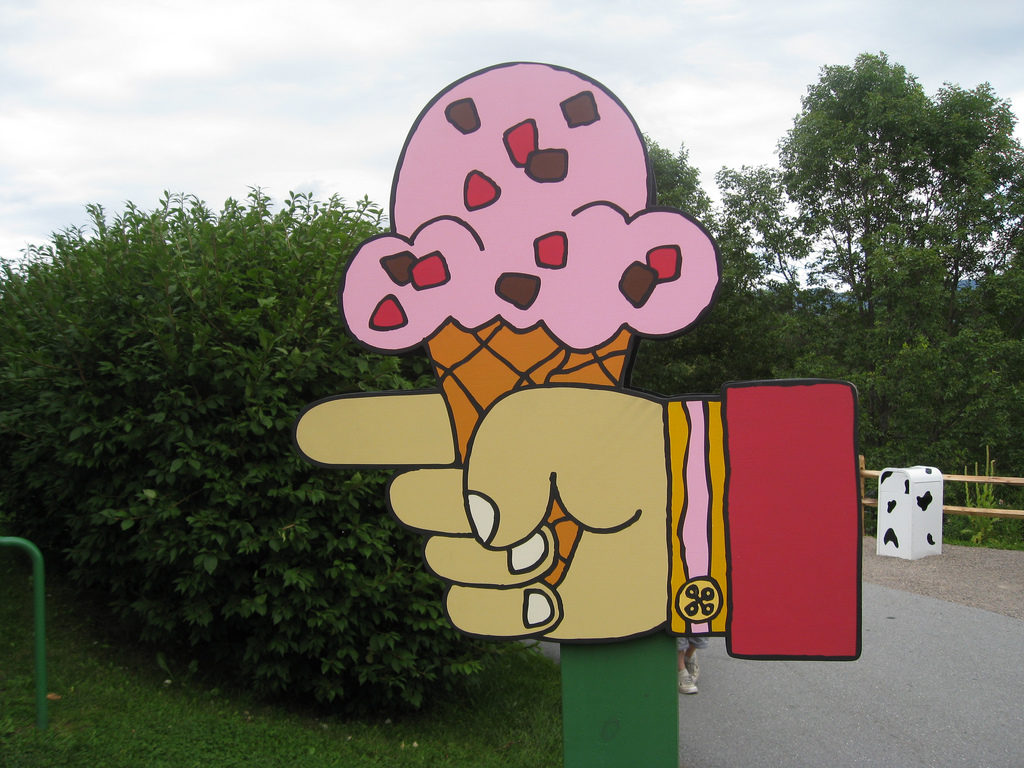 Ben & Jerry’s (1281 Waterbury-Stowe Road): No visit to Burlington would be complete without a quick jaunt to the Ben & Jerry’s factory in Waterbury. The facility still manufactures pints for stores and you get to see the factory during the tour, but the real treat is the Ben & Jerry’s ice cream shop. Be sure to leave time to pay your respects to the dearly departed flavors at the Flavor Graveyard. 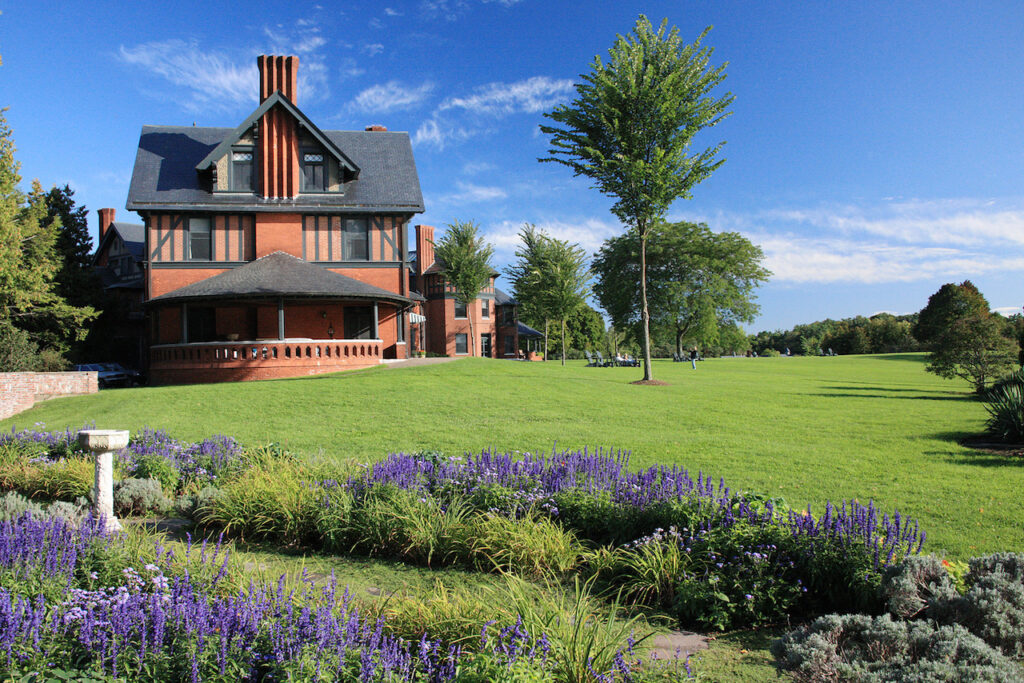 Shelburne Farms (1611 Harbor Road): Another magical place is a few miles south on the shore of Lake Champlain. This 1400-acre working farm and National Historic Landmark includes a learning center, an inn with farm-to-table restaurant, and a farm store, where you can find their scrumptious Vermont farmhouse cheddar.