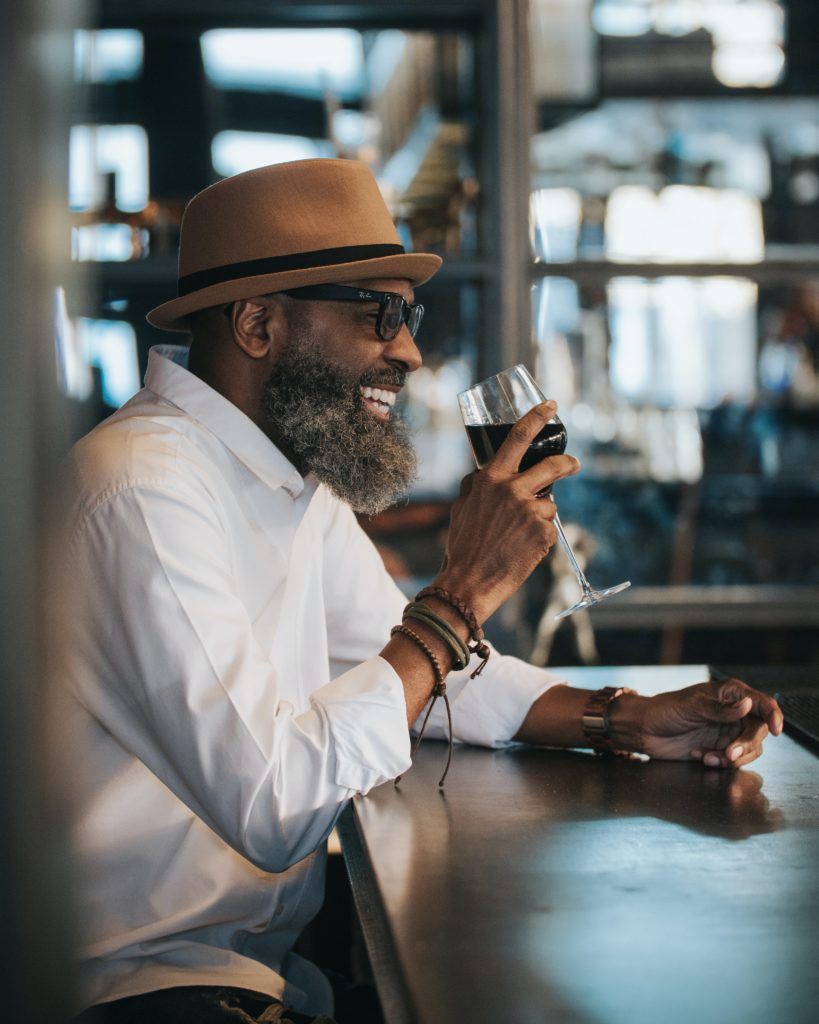 There are many ways to support the Black community, from asking politicians to repeal racist laws to joining a local protest to educating yourself. Another way is to spend money at Black-owned businesses, many of which have also been disproportionately affected by the coronavirus pandemic. A collective commitment to support Black businesses can help invigorate a group that continues to be largely excluded from opportunities for sustainable growth and long-term success.

According to the Census Bureau, the U.S. is home to roughly 2.5 million Black-owned companies, many of them small. Here are some we highly recommend for their delicious offerings, from winemakers to rum distillers to addictive popcorn makers. Supporting Black businesses is one way to show you value Black voices and lives. We hope you seek out more, as this is just the tip of the iceberg.

Get cozy in Bed-Stuy with more than 60 varieties of highest quality, organic, and fair-trade teas from founder Alfonso Wright, whose tea inspiration came from his Jamaican mother. Along with his fiancé and co-owner Jamila McGill, their welcoming shop seeks to introduce the neighborhood to tea culture with plenty of helpful yet unpretentious education. They serve excellent espresso, too.

This charming Gowanus wine shop offers a diverse and affordable selection of wine, especially organic and biodynamic bottles from small producers, plus local spirits. “We wanted to open a space everyone feels welcome and connected and comfy in,” says owner Shantelle. “Ultimately, I want to introduce people to wonderful wines and spirits.” A trip to Brooklyn Barrel will accomplish exactly that. Try a bottle of Benegas Ataliva Malbec, a big, juicy red with a savory earthiness. 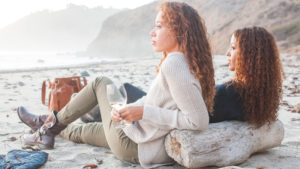 McBride Sisters Wines founders Robin and Andréa McBride were the first Black sister duo to establish a wine company, which they did 15 years ago. Raised in the wine regions of Monterey, California and Marlborough, New Zealand, respectively, the sisters didn’t connect until 1999, by which time they had each developed a passion for all things wine. The sisters’ New Zealand and Central Coast of California wines are true expressions of each region’s terroir and their own signature style, which combines old-world elegance and new-world finesse. Try their Black Girl Magic California Rosé (great acidity, notes of orange blossom) and their McBride Sisters Collection Central Coast California Red Blend (think cherry, plum, and tobacco).

Ten to One Rum

Trinidad-born Marc Farrell was Starbucks’ youngest VP before venturing out on his own to create Ten to One Rum. His white and dark rum bottlings are sourced and impeccably blended from Trinidad, Barbados, the Dominican Republic, and Jamaica. “In the US, I believe that there is an enormous opportunity to further elevate the conversation around rum,” Marc believes, “Not only by introducing a high-quality spirit to market but by broadening and challenging the current perception around rum and the occasions for which it might be considered the spirit of choice.”

Named one of Essence magazines “50 Black Women Founders to Watch,” Pipcorn was started by Jennifer Martin when her brother Jeff Martin helped her move apartments in 2012. They popped up a bag of tiny heirloom popcorn kernels from the Chicago health food store where Jen worked, and the resulting popcorn turned out to be the perfect snack. They liked it so much they tracked down the Indiana farmer who grew it from his family’s heirloom seed stock. They launched at Smorgasburg in Brooklyn, appeared on Shark Tank, and now their little and satisfying popcorn can be found and enjoyed across the country. 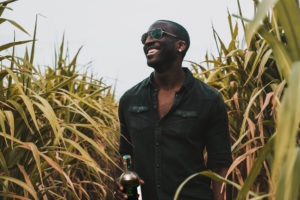 Marc Farrell of Ten to One Rum

“When we created our own store experience, as a team, we agreed we were going to try our hardest to set the table for our customers and let them decide what they like best, from the selections we made available at a price point that makes it worth trying,” says owner Shaun McGee, the Queens native behind the Crown Heights, Brooklyn wine shop. Bottoms Up hosts tastings in their backyard garden and features women-made wines and spirits crafted in Brooklyn. Seek out Luis Pato Baga Bruto Sparkling, a bright bubbly with tangy notes of strawberry.

Father and son team Ralph and Keishon Warren opened Brooklyn Blend in the heart of Bed-Stuy in 2016. The colorful sandwiches, salads, and juices are named after neighborhoods in Brooklyn, like the Park Slope cold-smoked salmon sandwich with tomatoes and chipotle sauce, and a crunchy Cobble Hill Cobb with turkey bacon. For the perfect summertime refresher, sip a Sheepshead Bay Breeze, a concoction of strawberry, lemon, mint and simple syrup…and soak up the good vibes.

True Wine Connoisseurs started with a joke. Brooklyn-based rapper Sadat X and his producer Will Tell were recording music in Will’s basement studio. During the recording sessions, the friends and collaborators were drinking “maybe a little too much,” Will remembers. So, he thought he’d replace their usual spirits with a bottle of wine. On his flip phone, Will recorded Sadat’s tongue-in-cheek, absolutely hilarious review of the beverage. The joke took off—the video went viral, and the duo kept making more. True Wine Connoisseurs was born. The next step was for the pair to develop their own wine brand. Their fizzy Prosecco is a great place to start.

“Happy Cork Wine and Spirits store is a unique space with a carefully curated selection of wine and spirits with a huge focus on Black owned brands,” says Sunshine Foss, owner of Happy Cork Wine & Spirits. She has created a high quality and unique selection—as well a real sense of community—at her Bed-Stuy shop. Happy Cork boasts an entire wall featuring wines and spirits made by Black producers, as well as handmade wine accessories, and a super friendly staff that know their stuff. You can pick up True Wine Connoisseurs bottles here, too.

Winemaker Stefanie Jackson founded her Oakland, CA urban winery in 2007. She sources her Zinfandel and Cabernet Sauvignon from throughout California, and releases wines of exceptional character, each exemplifying a unique style and a sense of place. A lifelong wine lover, Stefanie worked for a handful of winemakers and studied chemistry and biology before launching Virgo Cellars, which she runs along with her son Ajmal Jackson-Brown.

Bed-Vyne is a mini-empire in Bed-Stuy we can get behind: with Bed-Vyne Wine & Spirits, Bed-Vyne Brew Bar, and Bed-Vyne Cocktail, they’ve covered all aspects of drinking in style. Their wine shop is a snug, lovely space that organizes wine by taste to help shoppers understand their palettes—try Basile Comandante, a Sangiovese and Merlot blend from Maremma in the south of Tuscany. Bed-Vyne Brew Bar has a great selection of hand-crafted craft beers on draft and offers growlers to go. Just down the block on Halsey Street, Bed-Vyne Cocktail serves seasonal mixed drinks in a narrow bar with a patio, DJs and live music.

Uncle Nearest Premium Whiskey is inspired by the first known African American master distiller Nathan “Nearest” Green, the once enslaved man who taught the young Jack Daniel the art of crafting whiskey. Owner Fawn Weaver is the first female and the first person of color to run a major spirit brand, which makes award-winning small batch whiskey in a former horse farm in Tennessee. She uses the Lincoln County Process, a unique filtering of bourbon through sugar maple charcoal, which yields a smooth product that was named “World’s Best” at Whisky Magazine’s 2019 World Whiskies Awards.