5 Things You Don’t Know About Prosecco 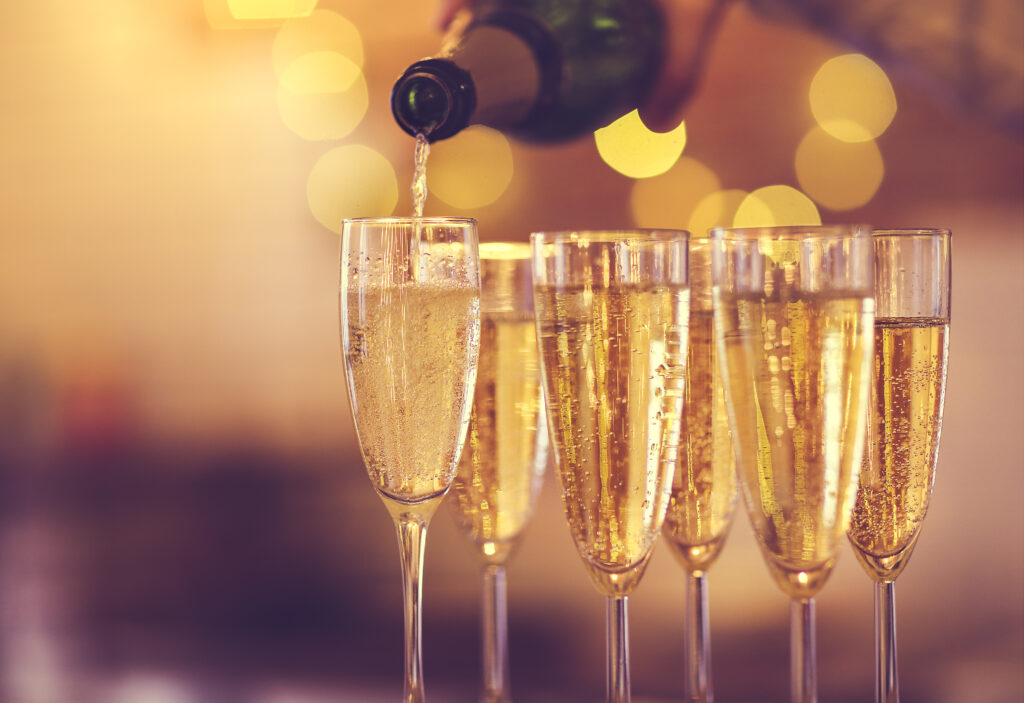 Think Prosecco is approachable and fun, but sort of…boring? Think again. If you want to talk Prosecco – that super easy to drink Italian bubbly wine with a just as friendly price tag – there’s nobody better to chat with Alan Tardi.

Tardi cooked at some of New York’s finest restaurants including Chantarelle, Lafayette, and Le Madri before opening his own spot. His restaurant happened to be located right next to the headquarters of Wine and Spirits, and he began showing up to tastings, then eventually writing for the magazine. Wine fast became Tardi’s passion.

In 2003, Alan moved to the village of Castiglione Falletto in the heart of the Barolo region in Piemonte, Italy, where he spent several years working in the surrounding vineyards and wineries. He fell in love with the place, the people, and the process. He’s the author of two books, the James Beard Award winning “Romancing the Vine: Life, Love and Transformation in the Vineyards of Barolo,” and “Champagne, Uncorked: The House of Krug and the Timeless Allure of the World’s Most Celebrated Drink.” Tardi currently divides his time between New York and Castiglione Falletto, and teaches about wine at the University of Gastronomic Sciences in Pollenzo, Italy. In 2015, Tardi became the first-ever Prosecco US Ambassador of Conegliano Valdobbiadene. 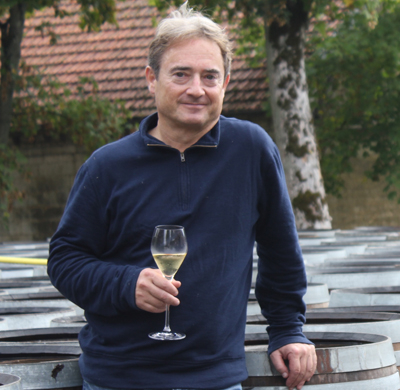 Just in time for the holidays, Tardi brought his deep knowledge and down-to-earth kindness to the International Culinary Center in Soho where he taught a class called “Dueling Bubbles.” (ICC has incredible wine programming. They host speakers, wine classes, and one of the world’s best Intensive Sommelier Training programs, where students are trained to be professional Sommeliers by 11 Master Somm teachers in just 10 weeks.)

Through a tasting of uncommon Prosecchi – that’s the plural of Prosecco – it became clear that Prosecco is way more than Champagne’s unsophisticated little sister. Here are five Prosecco lessons we took away from a rich and delicious afternoon:

Think Prosecco is all one note? Prosecco DOC is grown in specific parts of northeastern Italy in nine provinces throughout the Veneto and Friuli Venezia Giulia regions. Prosecco Conegliano Valdobbiadene Superiore DOCG is exclusively made in the hilly Treviso province of Veneto, and Asolo Prosecco DOCG Superiore—also known as Colli Asolani Prosecco Superiore DOCG—is crafted in Treviso, between the tiny towns of Cornuda and Asolo. Tardi contrasted this with Champagne, where there is only a single appellation. These places have diverse and complex terroir which make for wine full of distinctive personality; tasting through single village and single vineyard Prosecchi from a variety of different terroirs made that abundantly clear.

Prosecco is Not Necessarily Bubbly

“While both Champagne and Prosecco achieved their fame and notoriety as sparkling wines,” explained Tardi, “both were originally still. The bubbly version caught on and became extraordinarily popular, completely overshadowing the still version.” Yet the still wine never disappeared. It was fascinating to taste still Prosecco without bubbles called Prosecco Tranquillo. Conegliano Valdobbiadene Prosecco Tranquillo DOCG “Gastaldo” 2017 was fresh and bright, with notes of tart apples and honeysuckle. “Still wines offer a clear unadulterated expression of the grapes and terroirs that can help us better understand the sparkling version,” noted Tardi. 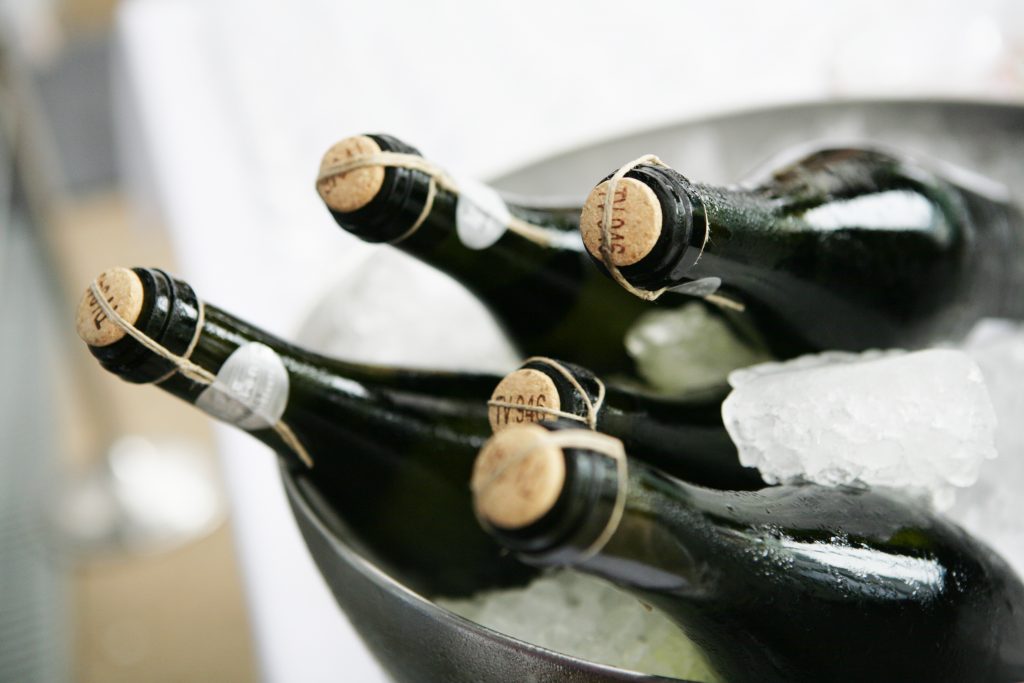 Prosecco is Not Always a Little Sweet

Sometimes, but not always! Prosecco DOC can be made in four different levels of sweetness, Brut, Extra dry, Dry or Demi-Sec, in order from driest to sweetest. Prosecco Superiore has three levels of sweetness, Brut, Extra Dry and Dry, where Brut is the driest and Dry is the sweetest. (And yes, that’s absolutely confusing.) We tasted Prosecchi in a variety of residual sugar levels, which seemed remarkably well-balanced. “The glera grape (Prosecco’s predominant grape, which must account for 85% of any bottle) has enough natural fruitiness that it can have almost no residual sugar and still appear to be sweet,” Tardi said.

Typically, Prosecco is made in the “charmat” or “tank method,” where the fermented wine goes through its secondary fermentation in big steel tanks, rather than in the bottle. (You can see the step-by-step Méthode Champenoise process here.) “Second fermentation in the tank is widely looked down upon,” stated Tardi, “even by many wine professionals, as being more commercial than, and thus inferior to, second fermentation in bottle.” The tank method is less labor-intensive and produces less complexity and bottle variation. But Tardi clarified that neither method “is inherently better or worse than the other.” Conegliano Valdobbiadene is the only type of Prosecco that can undergo its second fermentation in the bottle, and some winemakers are using the traditional method in the region, which gives the bottle a bit of that yeasty character usually associated with Champagne.

Prosecco is Not Just for Mimosas and Toasts

Prosecco is the perfect aperitivo for kicking off a night, and also lovely for pairing with pasta, seafood, and pizza. It’s a great picnic wine for sipping all day, and a solid late-night choice when all you want is something light and refreshing. Typical Prosecchi have flavors of spring flowers, citrus fruits, green apples and pears, and bright acidity. If that sounds wonderful, it is. It’s the kind of beverage that can be enjoyed pretty much anytime, anywhere. Just ask the Italians! 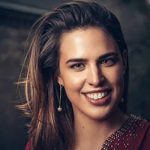