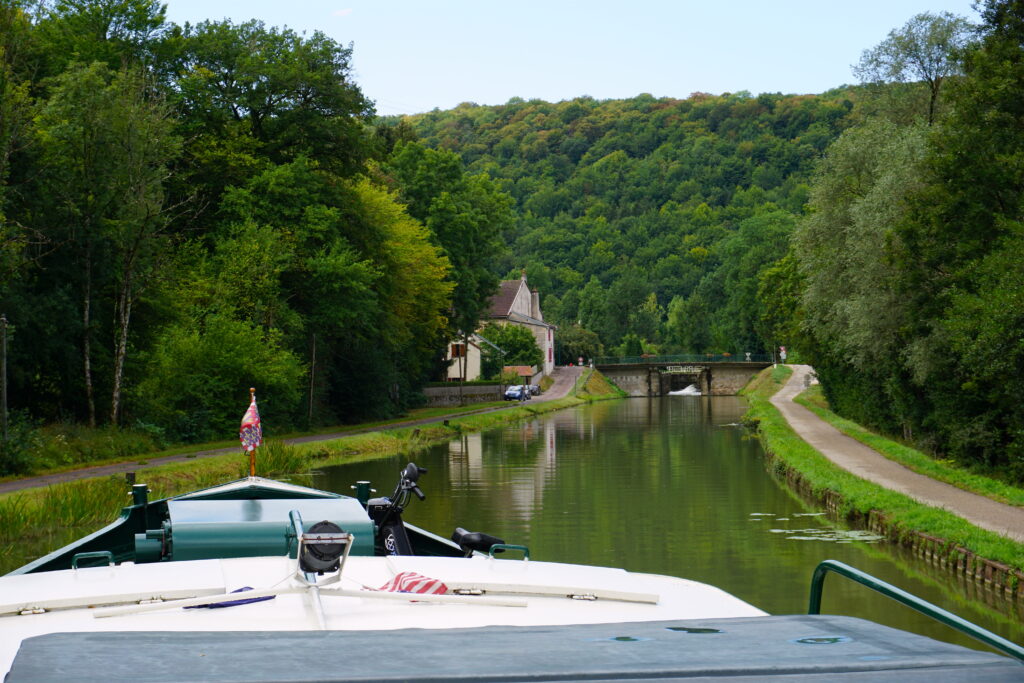 “See how far down the water is?” Our small tour group peers over the edge of the well. The water is about 13 meters underground.

“That’s how far the vine has to go. And when you want to plant a new vine, you have to dig down for at least two meters. Then the new vine will connect with the old vine to access the water.”

We are in the Clos de Vougeot in Burgundy, where Cistercian monks made wine in the 12th century. Here, the history of wine goes deep.

Our guide is sommelier Jason Ashcroft and wine is his passion. Every year, he takes small groups of no more than six tourists on a luxury barge cruise along the Canal de Bourgogne. The cruise, which he runs in collaboration with his partner and wife chef Dawn Coles, is all about leisure, good food, and of course, wine. (Does this sound dreamy? Check out Barge Lady Cruises for more info.)

“If there’s one thing I really want you to get on this cruise, it’s the concept of terroir,” Jason tells us as he opens a second bottle of wine during dinner aboard the barge. 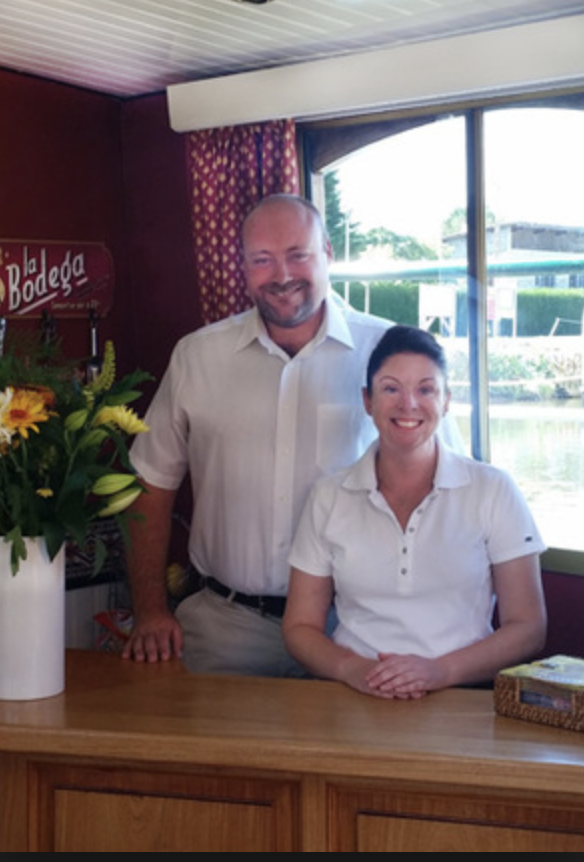 Every day at lunch and dinner, Dawn presents us with her twists on Burgundian and French dishes — boeuf bourguignon, quiche lorraine, cheese soufflé — which Jason pairs with regional wines: a Chorey-lès-Beaune from Domaine Tollot Beaut, a Rully by Joseph Drouhina, a Beaune from Hospices de Beaune, and more. It’s no wonder the barge is named Saroche, which means “drunkard” in Turkish.

Unlike wines from other regions, which rely on grape type or style to differentiate themselves, Burgundian wine’s special nature can be seen on the very bottles,  labelled with the year, the name of the vineyard, and the winemaker. This is because the diversity of the soil in Burgundy gives rise to an exceptional diversity of wines. Of the 300 appellations d’origine (AOC) wines registered in France, 100 belong to Burgundy.

But learning the Burgundian terroir is not just about drinking the wine. It’s about how you move through the landscape. Burgundy has always been a place of passage, connecting the north to the south. Most people hurtle through it on the highway, visiting a Grand Cru vineyard, Beaune, or Dijon, before continuing on. But to truly experience Burgundy, to appreciate the subtle changes in its soil and environment, you have to slow down.

Slowing Down and Soaking It In

And barge cruising is slow. Not only does the barge move at just 2.5 km per hour, but every now and then it has to stop at a lock and wait for the waters to level before moving on. Over our 6-day cruise, we covered a mere 45 kilometers, going through a total of 32 locks.

“The crux of barge cruising is that you go with the speed of the boat, so you are forced to relax, because mentally, you go at 2.5 km an hour. It’s one of the best forms of relaxation there is,” Jason told me.

He’s right. Sitting on the deck of the boat makes it easy to tune into your surroundings: the lap of the water, the ducks sitting on the banks, unruffled by the passing boat, the details of the lock houses, each one with shutters and doors painted different colors, the Charolais cows laying in the shades of green.

Ship or river cruises offer shows, activities and other forms of entertainment, but on barge cruise, the entertainment is in your surroundings. It’s going for a walk or a cycle along the canal, sitting on the deck and watching the landscape drift by, getting to know your fellow bargers. We eat slow, we drink slow, the wine slows our minds, loosens our tongues. It’s like going back in time.

A Life in Wine

When Jason was just 16 years old, he inherited 3000 bottles of wine from his uncle. In the time before apps like Vivino and the internet, he had no way of knowing how much the wines were worth before he decided to sell some of them in order to pay for his degree in hospitality at the renowned Ecole du Hotelier in Switzerland. 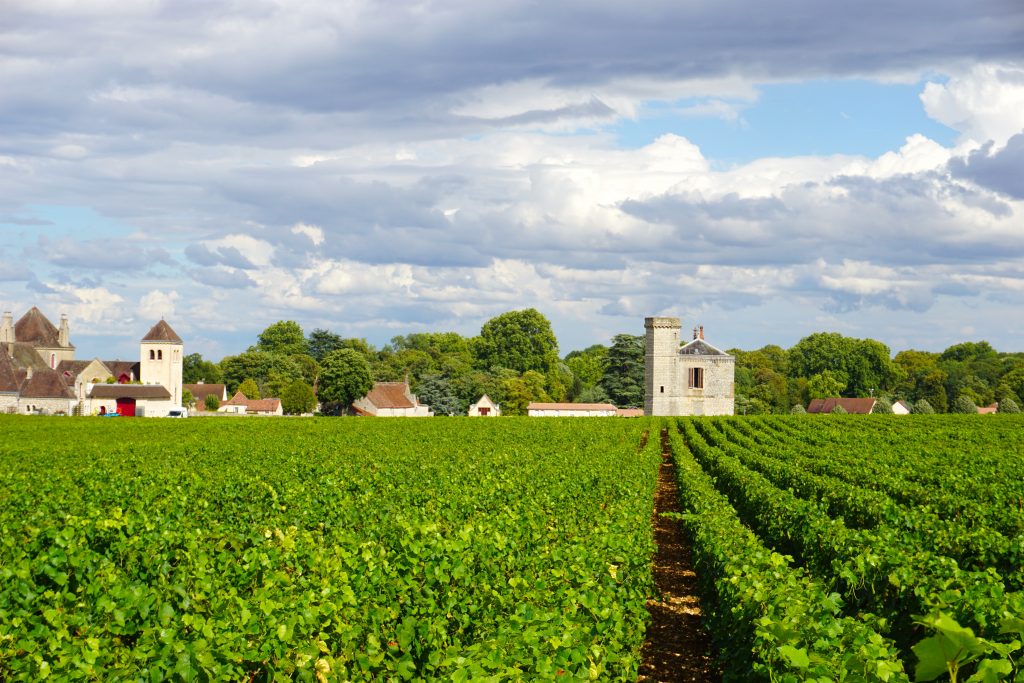 He ended up talking to Sotheby’s, who helped with the brokership. The money from the wine enabled him to go on to do his sommelier course, and while he still retains some of his uncle’s bottles in his collection, he insists that he’s not saving them.“If you can’t afford to drink it, or if it’s too special, you shouldn’t have it in your collection,” he said.

His philosophy of wine is similar to the experience of barging—Jason believes drinking wine is all about enjoying the simple pleasures of life, the here and now. In the present, connection reveal themselves. Wine and water are connected by more than just the vine in Burgundy. If you look upwards in some of the region’s most famous buildings — the Hospice de Beaune, and the Abbaye de Fontenay — you will see the roofs look like overturned ship hulls, because they were made by shipwrights.

As we immerse ourselves in the Burgundian way of life, we begin to feel these ribbons of connection, the intricate history of the terroir. The highlight of the tour is the town of Beaune — not the Beaune above ground, but the subterranean maze of cellars lined with dusty rows of bottles that stretch for kilometers beneath its roads and houses. During the tour we taste no less than 10 different wines, and that evening at dinner Jason offers to fill up our glasses once again.

Jason is boisterous and always quick with a witty response, the kind of host that can put anyone at ease.“My mother was a drama school teacher, which might help with all my acting and speeches,” he said.As the captain of the barge, he feels he is channeling some skills from his father, who was a petrochemical engineer, and built refineries and pipelines all over the world. He’s definitely paying homage to his great grandfather, who worked as a ship’s captain.

“I’ve always felt a drawn to the water. I started sailing as a child in New Zealand, and after I left university, I worked at the Intercontinental Resort in Mombasa and then in the Lake District before coming out to France, so it’s been a part of my life all the way along,” said Jason.

The water is also where he met Dawn, 18 years ago, on the very canal where they now live and work. At the time, they were both working for Continental Waterways — the first company to offer barge cruises to tourists, set up by Englishman Richard Parsons together with Frenchman Guy Bardet. The water is also where he proposed, by the pond at the Abbaye de Fontenay, after which they bought and refurbished their 1930s barge in art deco style together.

Their history is tied to the history of French and English cruising on the canal, and Jason, who has lived in 11 different countries and traveled around the world, has made travel and leisure his life. “Travel is an essential part of an education and I was lucky to have that at a young age. It can really break down barriers and change for perspective on things,” he said.

For me, cruising with Jason gave me a deeper understanding of terroir. I came to see wines a bit like human beings, each with an individual character. Each bottle is the result of where it comes from, and every interaction that it has had. Jason is like a new vine, connecting with the old, continuing to pass on Burgundian culture and a true passion for wine. 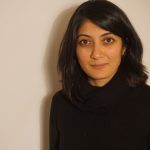 Madhvi Ramani writes articles, essays and fiction. Her work has been published by The New York Times, Washington Post, Asia Literary Review and others. She grew up in London and currently lives a thoroughly bohemian lifestyle in Berlin. Find out more at www.madhviramani.com or follow her on twitter @madhviramani