Here’s What You Need to Know About Catalan Wine 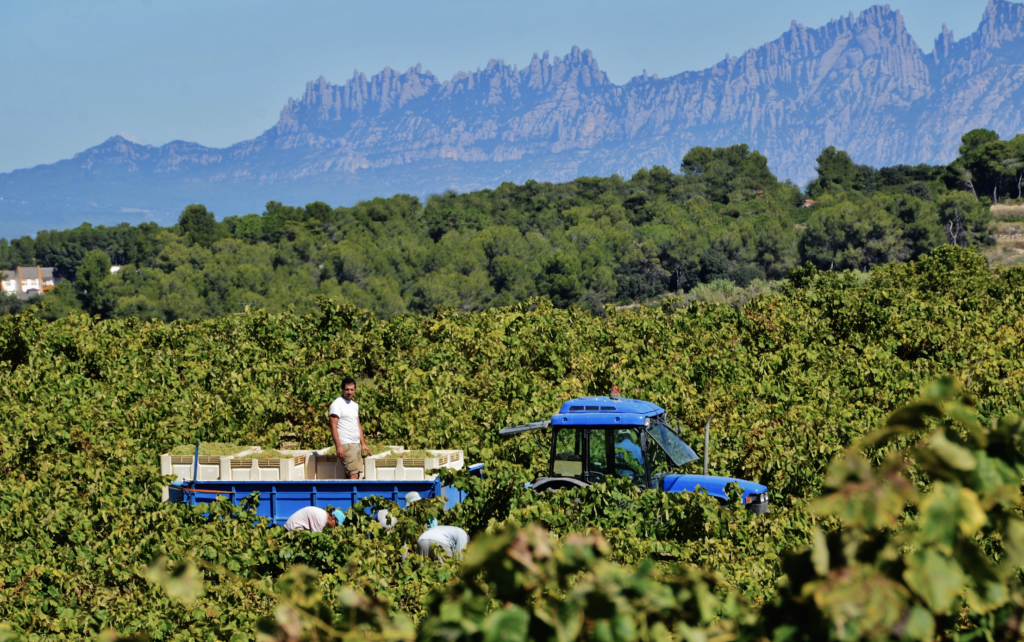 The Spanish region of Catalonia wraps snowy peaks, Mediterranean beaches, and pine-covered hills into a tidy triangle that’s about the size of Maryland—and contains ten Denominations of Origin of wines. With a wine-making history that predates the ancient Romans, it’s no surprise that Catalonia produces a complex range of wines, and the nuanced terroir is remarkable: One wine-growing region stretches over just a square mile of terrain, and others split individual vineyards in two, outlining subtle differences in the soil.

Whether you like full-bodied reds, fruity white wines, or even — as the Catalans do — a hearty pour of sweet vermouth on ice, there’s something to discover in each Catalonia’s ten wine-growing regions.

Limestone soils are cooled by sea breezes and altitude in this gently rolling wine region, where vineyards produce a bounty of the macabeo and parellada grapes that are often used for making Cava. Don’t get stuck on the bubbly, though—it’s worth making a side trip to the area to try a bottle of rosado pressed from the trepat grapes that are native to Conca de Barberà. Trepat wines tend to be a cheerful shade of pink, with a light, fruity, and refreshing taste. If you’re sipping your way through the Conca de Barberà, don’t miss the UNESCO-listed Poblet Monastery, where Cistercian monks have been cultivating grapes and making wine for hundreds of years. 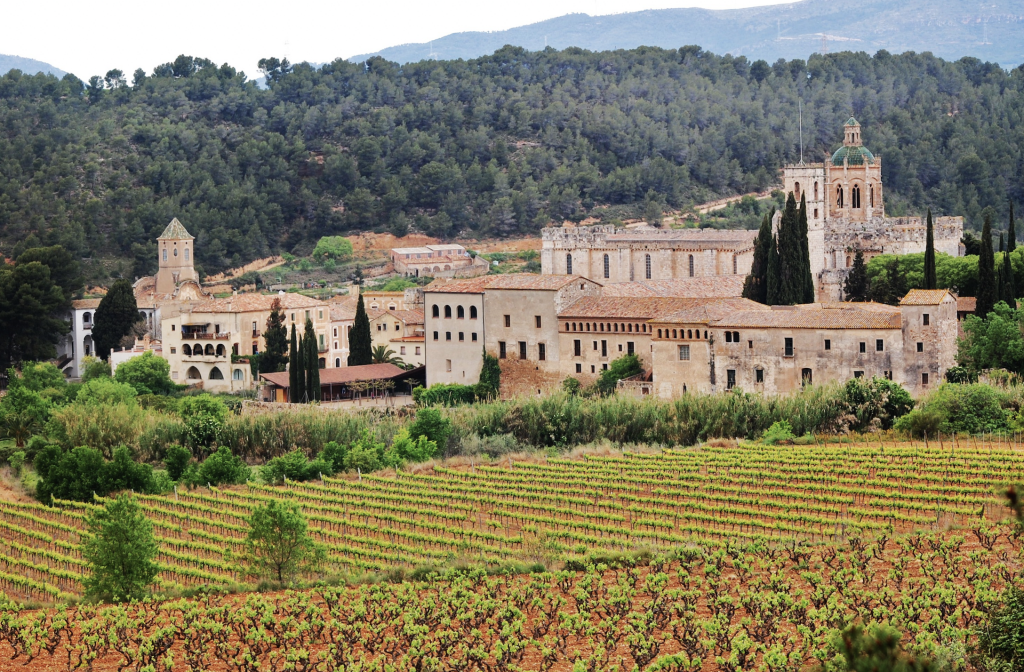 Earning the sought-after label of Denominación de Origen Calificada, Priorat’s wines are among Catalonia’s most famous. Black slate and quartz soils produce intense reds; while the most iconic red grape in the area is the local garnatxa tinta, you’ll also find carignon, cabernet, syrah, and merlot—roughly in that order.

These wines shine with big flavors of red and black fruit, underpinned with a distinctive minerality and moderate acidity. For something a little different, check out Priorat’s rosés and whites; though produced in much lower quantities, they share the rich flavors of the region’s well-known reds.

Set back from the moderating influence of the Mediterranean, Costers del Segre is a patchwork of seven wine-growing areas along the River Segre, where blistering summers give way to very chilly winter weather. Established in 1983, this is one of Catalonia’s younger Denominations of Origin, and newcomer status has given local vintners a license to experiment. The arid region was the first in Catalonia to plant chardonnay, merlot, and cabernet sauvignon grapes, but Costers del Segre is perhaps best known for whites using local varieties: try lightly aromatic wines made from parellada and xarello grapes.

Catalonia’s smallest wine-growing area covers just over one square mile, but the tiny region packs twenty grape varieties into its sloping coastal vineyards. If you try only one bottle of DO Alella wine, though, make it a chilly pour of pansa blanca. The grape variety —known as xarello blanca outside the diminutive borders of Alella — is often blended with parellada and macabeo grapes when making Cava, but many of the modern-day vintners in Alella are developing single-variety pansa blanca wines that explore Alella’s Mediterranean terroir. 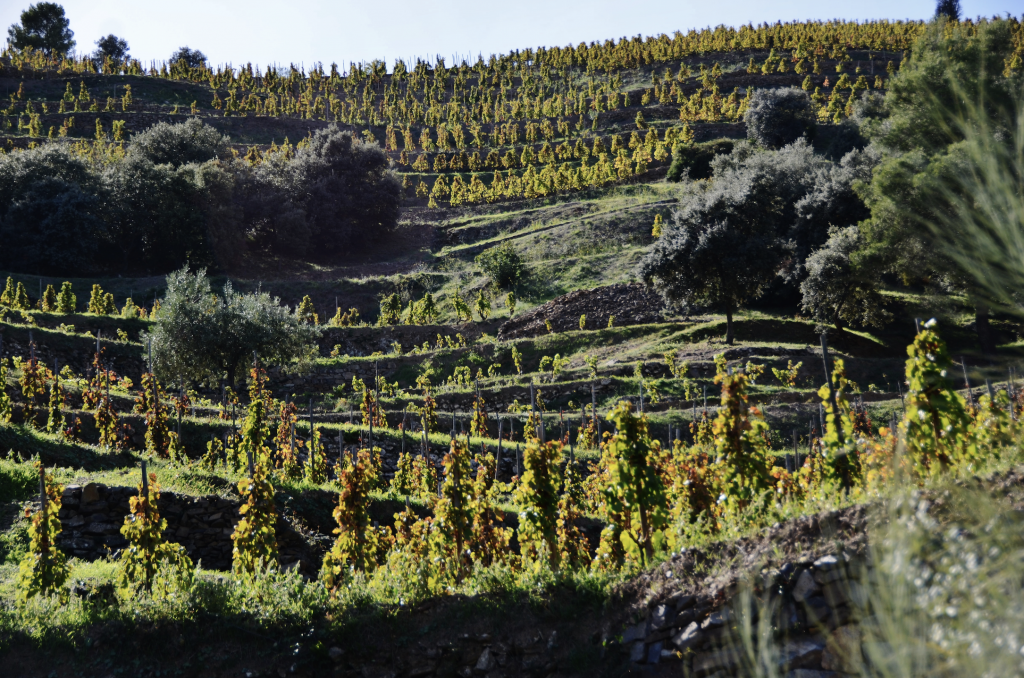 In the northeastern corner of Catalonia, Empordà is a wine region divided in two: Wedged up against the French border, Alt Empordà descends from the Pyrenees to the sea, while Baix Empordà sprawls across a pair of massifs to the south. Tramontane winds that blow in from the north help protect Empordà grapes against both frost and fungus, and a wide variety of grapes thrive on the area’s slate, granite, and limestone soils. Head to one of Empordà’s seaside tapas bars to enjoy the full-bodied red wines the region is known for. Save some room at the end of the meal for a glass of the distinctive garnatxa Empordà, a sweet wine made from sun-dried garnacha grapes.

If you want to experience some of Priorat’s iconic flavors without the higher prices, head to the young Denomination of Montsant—Montsant wraps around Priorat like a horseshoe. Vines are grown in granite, clay, or slate soils, and local vineyards produce hefty reds using plenty of grenache and carignan, grapes that have long been grown in the area. Established in 2001, Monsant is the youngest of Catalonia’s wine regions, and it’s still in the process of forging its own identity; stay tuned for new flavors from a place that’s been tending vines and crushing grapes since the ancient Romans were filling their amphorae here.

Stone vineyard huts dot the mountainous landscape of Pla de Bages, proof that the region’s seen its fair share of historic winemaking. Internationally familiar varieties that include tempranillo, cabernet sauvignon, and chardonnay are grown here, but first-time visitors should be sure to taste some of the local picapoll. The small, white grape produces bright yellow wines with vibrant fruit; it’s increasingly available as a single varietal. 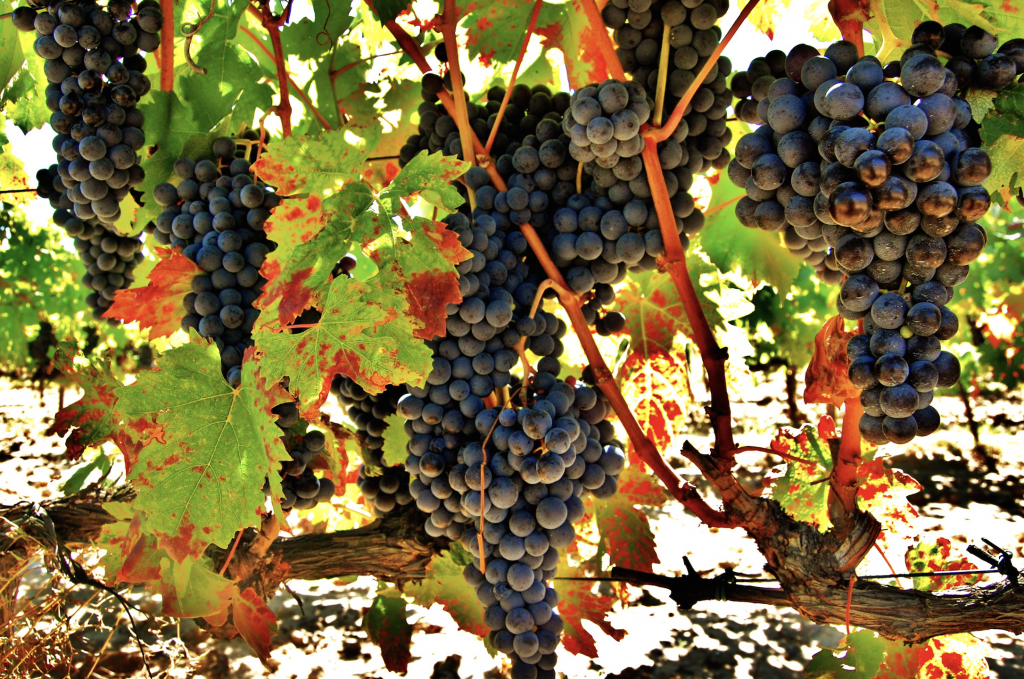 A longtime producer of sweet reds, Tarragona makes much of Catalonia’s beloved red vermouth, which locals sip on ice alongside salty afternoon snacks. The majority of Tarragona’s grapes, however, are used for Cava, which benefits from the region’s balmy, Mediterranean climate; the vines roll down towards the Costa Daurada, where long, sandy beaches stay warm well into the autumn.

Named for its position in the rocky peaks of western Tarragona, the clay and limestone soils of this wine growing region are planted with long rows of garnatxa blanca. The distinctive white that’s produced with the grapes here has garnered international recognition; look for a golden color and full flavor from the single variety wine.

The largest grape-growing region in Catalonia, the diverse region of Penedès has been producing wines since the 6thcentury BCE. Warm, low-lying regions are known for their fortified reds, the central area is the heartland of Cava production, and the higher-elevation Penedès Superior is celebrated for excellent white wines. If you’re tasting your way through Penedès Cava, start with a traditional version made from parellada, xarello, and macabeo grapes, then check out more recent takes that blend in chardonnay and pinot noir. 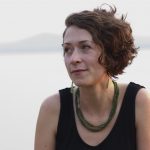 Jen Rose Smith is a freelance writer and award-winning guidebook author whose work explores travel, adventure and food. She’s currently living on the road, with a mountainous 2018 itinerary that goes from the Andes of South America to the foothills of the Spanish Pyrenees. Read more of her work at jenrosesmith.com.