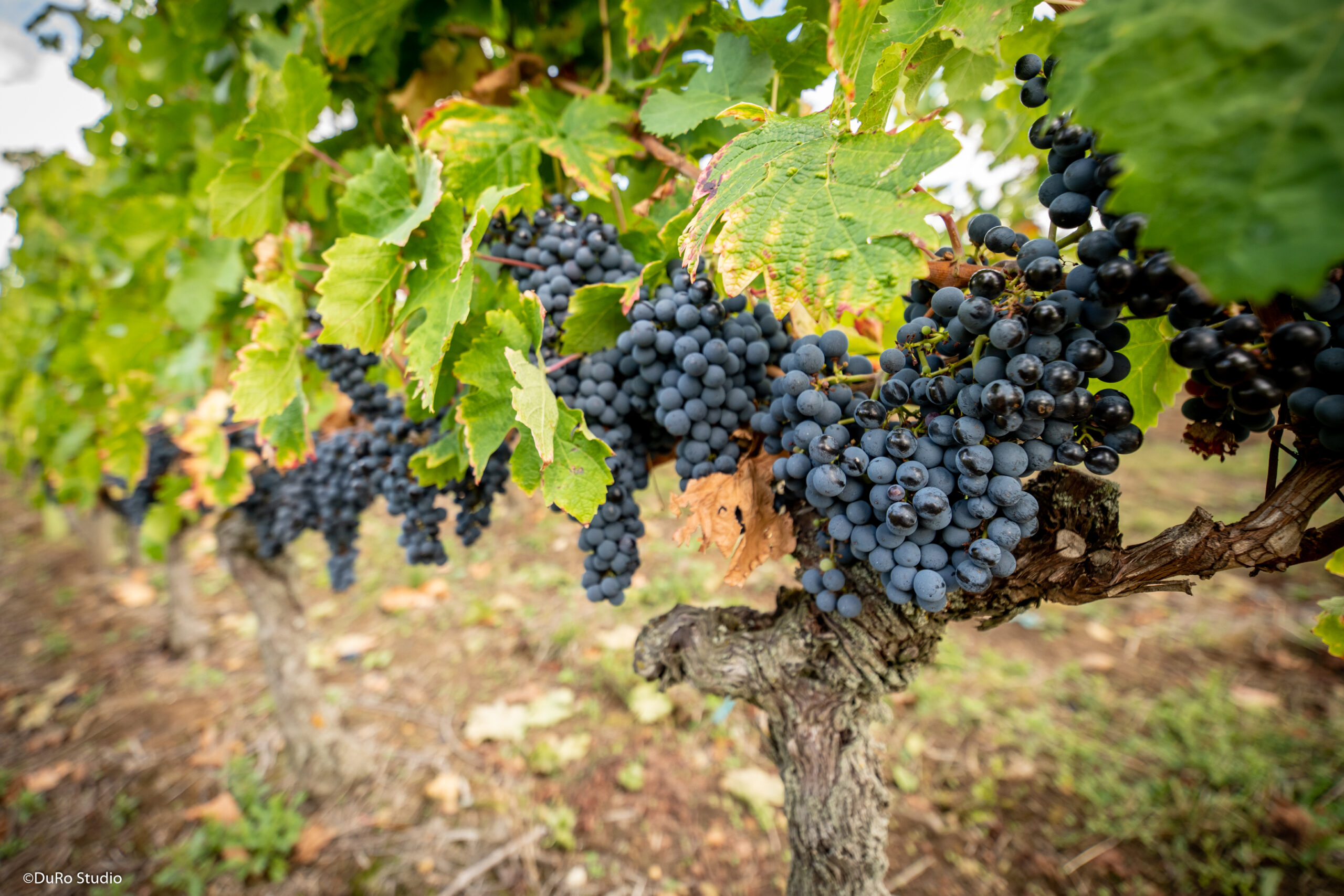 Mention “Loire Valley” and fresh-shucked oysters with a briny, sea-kissed Muscadet or gravelly Sancerre may come to mind. Or, perhaps your thoughts drift toward a Chenin Blanc or Vouvray paired with a selection of the Loire Valley’s six AOP-designated goat cheeses.

But Loire Valley wines also have a dark side that tantalizes. Cabernet Franc is the region’s dominant black grape. While still a small fraction of the Loire Valley’s entire production, which is mainly white wines, Cabernet Franc makes both an enticing first and lasting impression once you taste it. The grape’s cultivation is primarily concentrated in three key appellations: Chinon, Saint Nicolas de Bourgeuil and Saumur-Champigny. Other black grape varieties grow in the Loire Valley, including Pinot Noir, Gamay and Côt(Malbec), and Cabernet Franc grows elsewhere in France. However, the grape thrives along the Loire, and the wines have attracted many fans, including me.

A late Spring visit to Saumur-Champigny introduced me to a community of vignerons as vibrant as the wines they produce and eager to share their stories and wines over dinner. They ignited my love affair with Loire Cabernet Franc 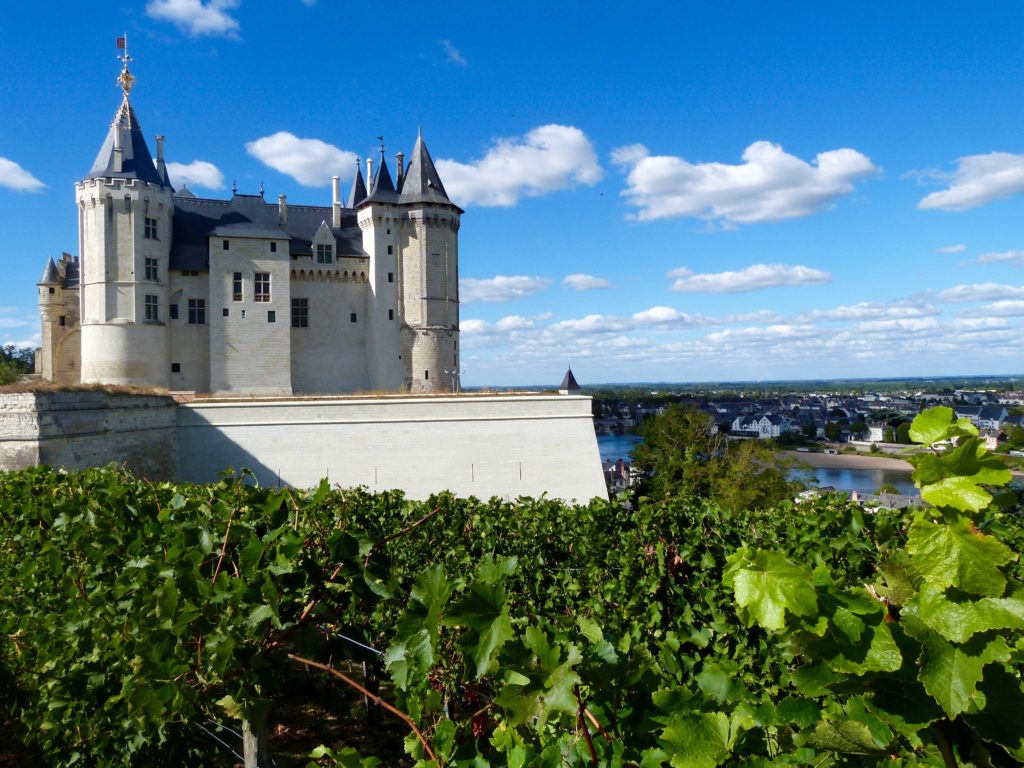 Located in the central Loire Valley surrounded by the eight villages of Anjou, AOP Saumur-Champigny is one of seven appellations that comprise the wines of Saumur. The area once served as a Huguenot fortress under King Henry IV and became a major wine center in the twelfth century. Today, one can visit Château de Saumur which once served as a royal palace, a prison, and a weapons depot and offers sweeping vistas over the river. The name “Champigny” is said to be derived from the Latin word “campus igni” meaning field of fire, a nod to the region’s warmer microclimate. In 2005, the producers made a commitment to work together to uphold preservation and biodiversity in this area. Nearly 30 percent of Saumur-Champigny’s production is organic, or one-third of the total land.

While Saumur Champigny may be exclusively a red wine appellation, its black grapes are not limited to Cabernet Franc. Pineau d’Aunis (a.k.a. Chenin Noir) is the oldest variety in the Loire Valley. Most often used for blending, it delivers spicy pepper and raspberry notes. Cabernet Sauvignon is also cultivated in smaller quantities.

A less tannic, early ripening grape, Cabernet Franc is hearty enough to withstand cold, wet winters and hot summers and flourishes in Saumur-Champigny’s chalky limestone-based soil known as tufa. These elegant wines burst with dark black and red fruit and soft, velvety tannins that pair beautifully with roasted and grilled meats, game and fish. Cabernet Franc wines are also produced in Chinon, a larger appellation to the east, and Saint-Nicolas-De-Bourgueil is a smaller region north of the Loire River. Cabernet Franc grown in these two areas is more muscular and tannic with aromas of anise and leathery dark fruits on the palate. Saumur-Pur-Notre-Dame, a small appellation established in 2008, produces a more delicate style of Cabernet Franc. 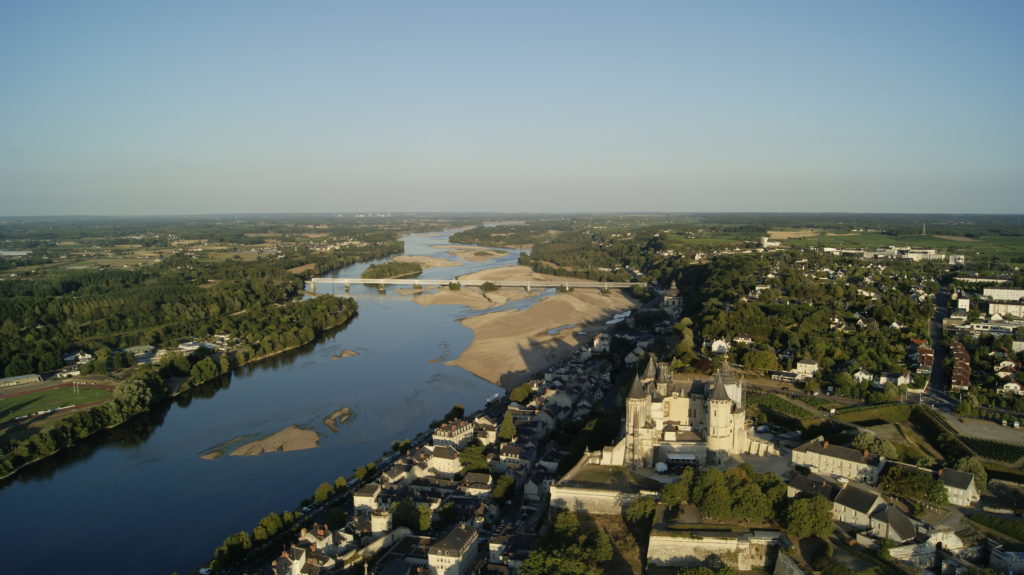 For anyone who enjoys a red wine with rich fruit and balance tannins, Loire Valley Cabernet Franc will not disappoint. This grape is a dark star within the Loire Valley’s constellation of outstanding food-friendly wines.

Loire Cabernet Franc wines to try (available in the U.S.) 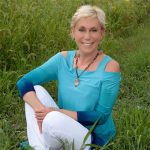