Your Guide to Pairing Wine and Sushi 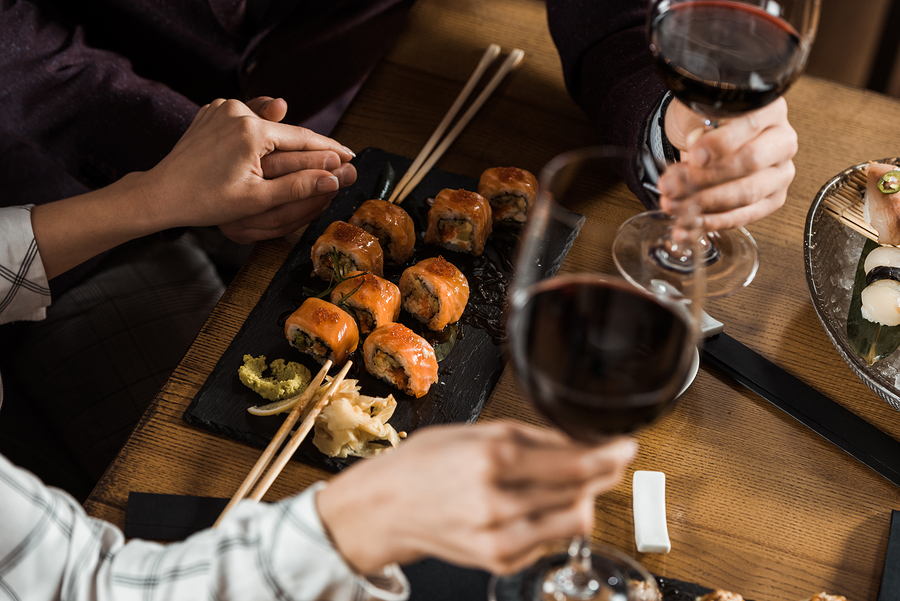 Navigating a list of Japanese rice wines––or what we call sake––can leave even the most savvy oenophile feeling lost, thanks to the generally broad and unfamiliar classification system to which the drink adheres. (Check out our sake primer here.) But as one of Japan’s most popular alcoholic libations, it’s not surprising that when eating sushi, most think to sip sake alongside. However, beverage experts around the country believe that grape wine matches equally as well. Below, how to nail a wine and sushi pairing.

Where do I begin and what factors should I consider when picking a wine?

Aaron Binger, maître d’ at Austin, Texas’ 12-seat sushi counter Otoko, says that with any food and beverage pairing, it’s important to consider what one is eating––in this case fish and vinegared rice. In terms of a wine and sushi pairing, he believes the first step is to acknowledge how delicately-flavored sushi typically is, and to avoid wines that will overpower the fish. And Harrison Smith, wine and sake director of Japanese izakaya UNI in Boston, agrees. He adds that wines should match the fish in subtlety of taste, and he suggests to stay away from “fuller-bodied varietals [that] will overpower [it],” such as heavily oaked juice, much of which comes from California’s Napa Valley. 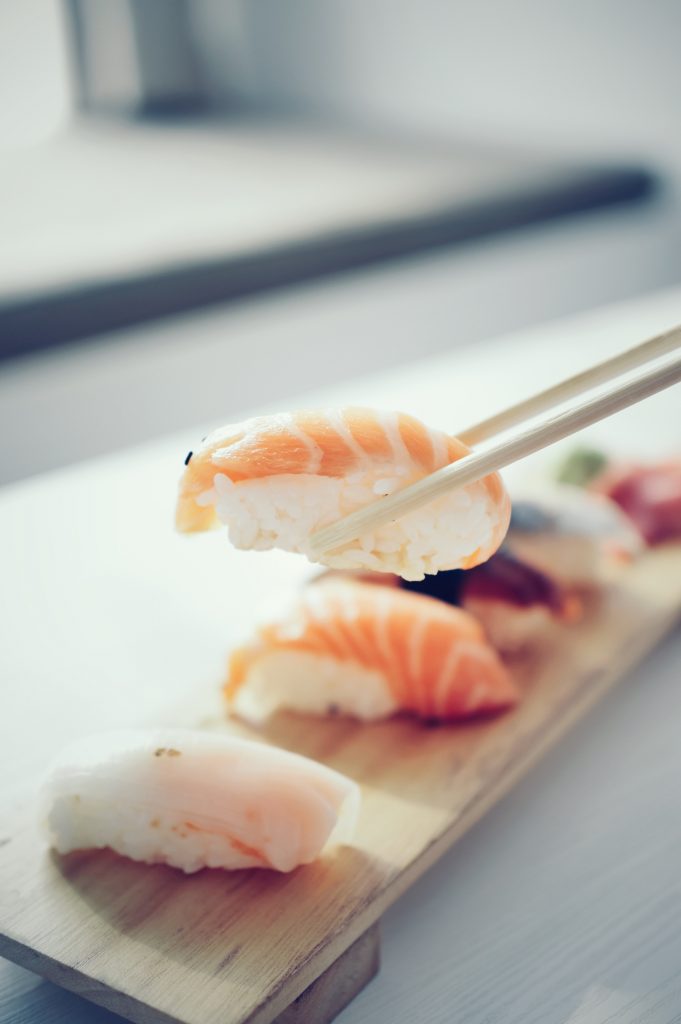 Next, evaluate how fatty the fish is, and how it’s seasoned––whether it’s dressed with citrus, soy sauce, salt, radish, or perhaps a spicy component.Sam Ehrlich, beverage director of Blue Ribbon Restaurantsin New York and Los Angeles, recommends drinking racy, fresh, and slightly salty white wines, like young dry Chenin Blanc, Gruner Veltliner, or Vermentino, with leaner white fish and seafood like fluke, amber jack, and squid. When it comes to richer, oily fish like sardine and mackerel, look for bolder wines like off-dry young Kabinett Riesling from Germany, or old school white Bordeaux with a good portion of Semillon as a drier option––“it has a waxy, savory character that holds up well” to seafood, he adds.

Can I drink red wine with sushi?

As a general rule of thumb, white wine and fish make a winning team, but that’s not to say that all reds are out of the question. Eric Matsui, food and beverage director at Hawaii’s Hotel Wailea, likes to match funky reds with sushi in general as he believes that those wines “impart a sense of umami.” And tuna––a fish that ranges in cuts from lean akami found near the animal’s spine, to the beloved, super buttery (and spendy!) belly known as otoro––can offer one of the most complementary red wine pairings. While Elkon favors “lower-alcohol and lighter-bodied” reds with tuna’s mild, yet often meaty flavor, Ehrlich recommends reds from French regions like Burgundy and Jura,which offer just enough tannin “to cut through the fat of the tuna, [without] overwhelm[ing] it.”

Does that mean I should only drink red wine with tuna? 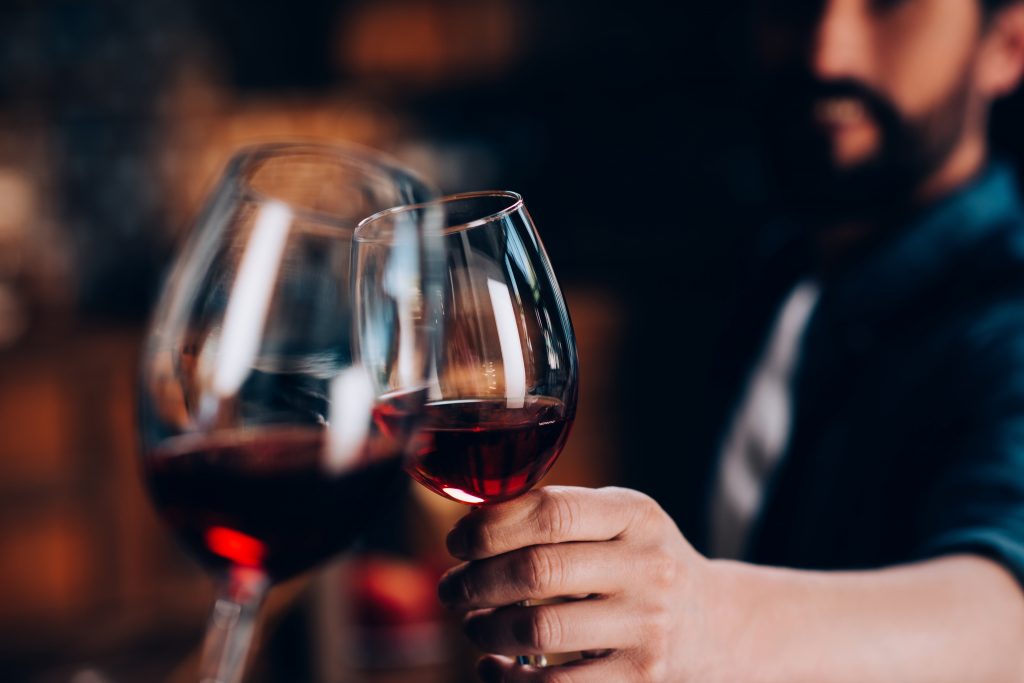 Certainly not. While Bill Wood, general manager and beverage honcho over at New York’s tasting menu sushi bar Noda, sometimes pairs meaty, rich fish with mineral-driven Pinot Noir, he’s likewise a fan of full-bodied white Burgundy, citing the ability of these wines to both “stand up to, and even accentuate, oily, heavily-marbled fish.” And let’s not forget the versatility of bubbles. The acidity and carbonation in Champagnes and other dry sparkling white wines help to cut through the richness in fatty fish like otoro, without squashing the animal’s mild taste.

How important is wine regionality in a pairing?

Today, wine is made almost everywhere around the world in countless styles, with unlimited flavors. So, there’s really no need to limit yourself to a specific region. But, if you’re unsure of what to buy, narrowing down the options based on the styles of wine produced in a certain part of the world can be helpful. Some wines and areas to consider: 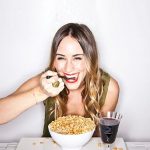 Kat Odell is a food and travel journalist. She is the author of low-alcohol cocktail book Day Drinking, as well as Unicorn Food, a plant-based cookbook hinged on medicinal ingredients. She was the Editor of Eater LA for five years, and afterward the inaugural Editor of Eater Drinks. She has been published in Vogue, New York Times’ T magazine, Food & Winer Bloomberg, Travel + Leisure, Conde Nast Traveler, and many more. Kat is on the road more frequently than she is at home, follow her adventures @kat_odell on Instagram and Twitter.