Run a 10k Race Through a Wine Cellar in Moldova 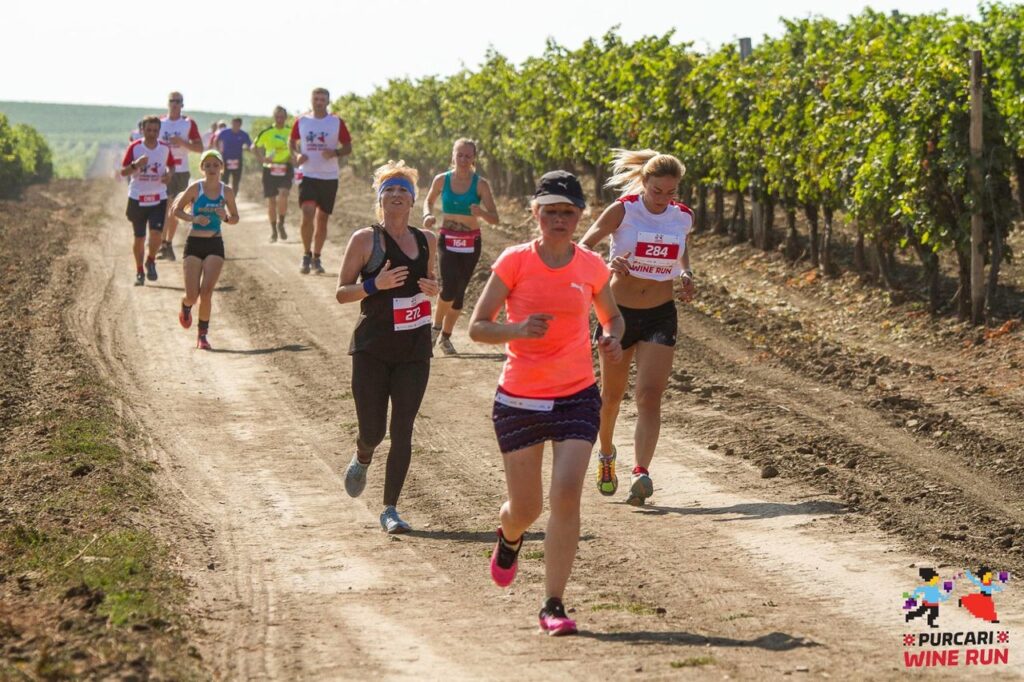 I’ve never been sporty. Growing up, I was artsy and bookish, though my dad was an accomplished triathlete. In fact, it was precisely his level of competitiveness made exercise so off-putting to me. Instead, as a food lover, I embarked on my own biathlon of gluttony by eating and drinking all the things we never had in my house growing up. (Let’s be real—tofu ‘cheesecake’ is not a craveable dessert.)

But when I found out about two 10k races in Moldova that happen in a historic vineyard, Chateau Picari, and through the country’s second-largest wine cellar, Cricova, I sent my editor an email that sounded more like a message on a dating app: “Girl, I will get in shape 4 U!” Wine and running? Now, that was a workout I could get on board with.

As it turns out, there are wine races around the world, from Sonoma, California to the Bordeaux region of France (Marathon du Medoc). Even Disneyworld hosts a Wine and Dine Half Marathon, where 12,000 competitors dressed as Disney characters race across the finish line for an all-night party at Epcot. But there’s something that intrigues me more about 10k races in sleepy Eastern European villages, through renowned vineyards that have been around for centuries or in part of an underground wine cellar with seventy-five miles of passageways stocked with rare and valuable wines. 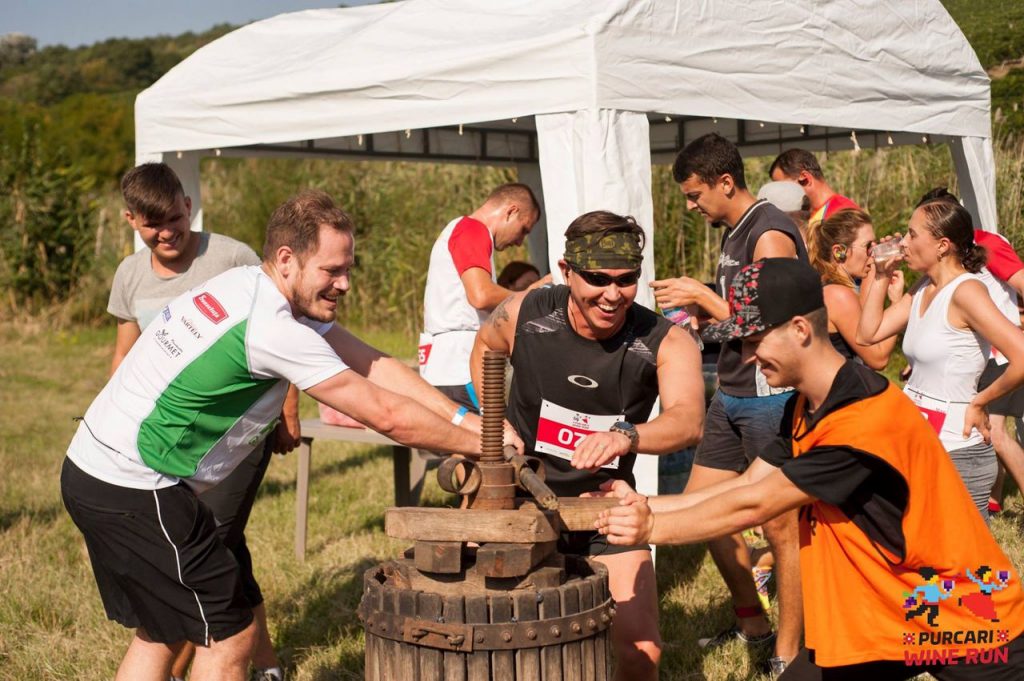 Chateau Picari as it’s known today was founded in 1827 after a decree was issued by Czar Nicholas II declaringit the first specialized winery in Bessarabia. By 1878 it was winning awards at the Paris World Expo, shocking judges who learned the gold medal winner came from a small village on the banks of the Dniester River. This cemented its popularity, and their winewas served to international royalty and distributed throughout Europe.

The Chateau (and yes, runnerscan stay in one of the estate’s 8 luxurious rooms) was built on the grounds of the former Agon Zograf Monastery, where the wine cellars were designed in the shape of crosses. By the 18thcentury, people figured out that Purcari shared the same latitude, soil, and climate as France’s Bordeaux region, explaining the similarity in the wines produced in both regions. Decades later, post war, the winery regained popularity by recreating the wines it became famous for. Visitors to the Chateau can enjoy wine tastings, fishing, hiking, biking, boating, tennis, and volleyball in the bucolic Moldovan countryside. And a few years ago, Chateau Purcari replanted 617 acres of vineyards—vineyards that play host to the Purcari Wine Run.

The race, in its second year, is a two-day celebration that attracts some 350 participants from around the world held at the height of harvest season in September. A trail run winding through the picturesque estate and offering scenic panoramic views, runners race through vines heavy with grapes stop every mile along the route to sample one of four Purcari wines and snack on fruit. Naturally, this is followed by a party with typical Moldovan food, more wine, and a tour of the Chateau.

The Purcari 10k has a sister race: The Cricova Wine run, which takes place in frigid January in the world’s second largest wine cellar. (It’s size is only beat out by Milestii Mici which boasts 120 miles of underground tunnels, while Cricova has 75.) These labyrinthine roads were carved from the underground limestone in the 15thcentury to build Moldova’s capital city, Chişinău. 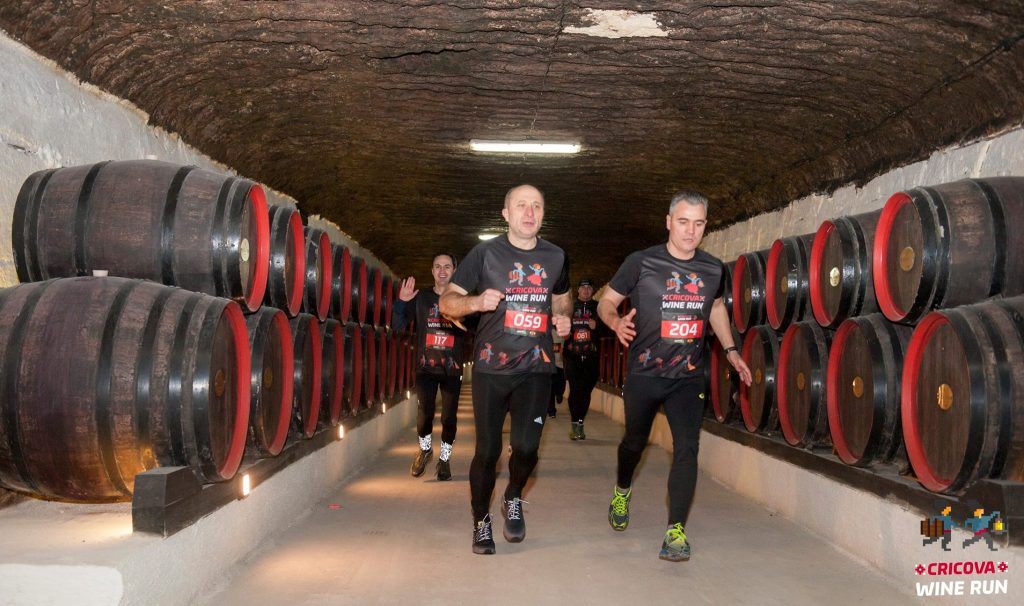 The tunnels became a wine emporium in the 1950s, where roughly half of the underground roadways (and you can literally drive a car through them) are named for the wines stored there. This underground ‘wine city’ houses both warehouses and tasting rooms—sinking to 330 feet underground, it stores/ages 1.25 million bottles of rare wine that date back to 1902. Cricova is also a vineyard and winery that goes by the name ‘Associated Wine Factory’ and produces sparkling wine using the Traditional Method, among other wines of various varietals. The massive cellars come with a lot of lore, too: Jews fleeing Nazi persecution were hidden in wine barrels; in 1966 cosmonaut Yuri Gagarin got lost for two days in the cellars before he was found, and Vladimir Putin celebrated his 50thbirthday down below.

Moldova’s draw, tourism-wise, is wine, and the organizers of the Cricova Wine Run wanted to add an element of underground exploration for sports enthusiasts. Runners wearing head lamps enter the cellar to a shower of champagne, while during the race, they are met by traditional music and dance troupes and gypsy dancers to cheer them on. Following the race, everyone gathers by a huge bonfire to enjoy Moldovan food and mulled wine. As for the prize, finishers get a medal, and the top three winners in both men’s and women’s divisions get a trophy and a selection of wines.

Runners come from Ukraine, Poland, France, Italy, Germany, the UK, Romania, Russia, and the US to participate in the run, but according to participants, the event is more about the camaraderie than perfecting your race time. There’s a good dose of Moldovan culture, food, and wine, but there’s the chance to make friends from around the globe and share a great time. Full of laughs, fun, and people cheering you on (with champagne at the end) this type of race seems much more my speed than the almost brutal races I grew up watching my dad participate in.

I’m think I’m ready to book a flight to Moldova and take part in two of the most unique races on the planet. Sure, I may not be able to beat this year’s first place winner, Sacara Zinaida’s time of 43:19, but I can cross the finish line—I just need to find my running shoes. 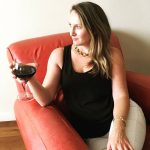