The Best of Blackberry Farm is Basically Everything 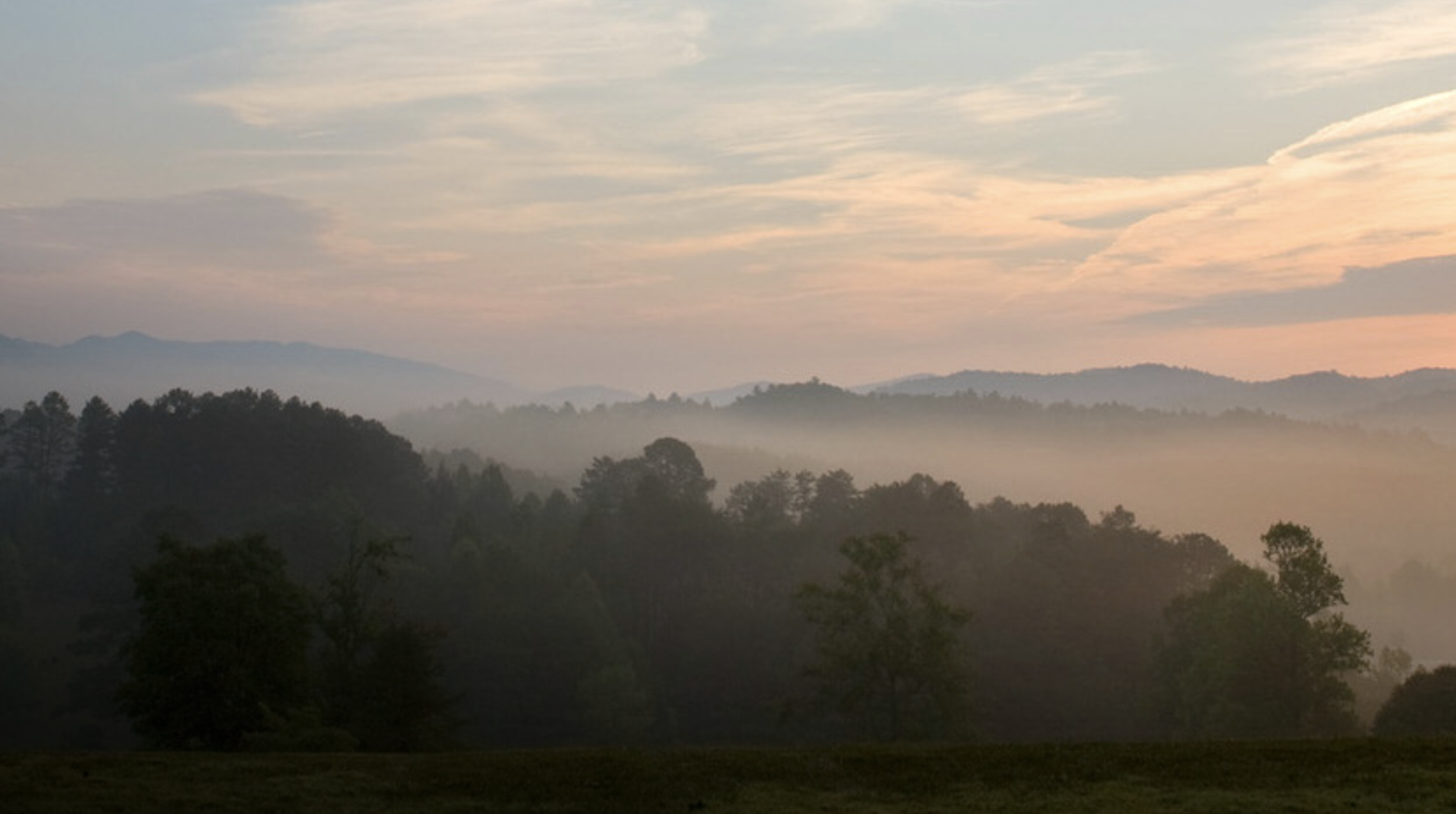 Blackberry Farm is without a doubt one of the most unique and sought-after boutique resorts in the country. Tucked along the edge of the Great Smoky Mountains, the resort covers 4,200 acres, most of which is undeveloped and will stay that way. The property started as a working farm with a (now iconic) stone guest house that was built in 1940 by Chicago businessman David Lasier and wife Florida. It was purchased by the Jarvis family in 1952, who ran it until 1976, when Kreis and Sandy Beall bought the property and reopened it as an inn.

Hospitality industry veterans, the couple, along with their son Sam, built Blackberry Farm into what it is now. Today the property is operated by Mary Celeste Beall, Sam’s widow, who assumed proprietorship after his death in 2016. It has 68 rooms, two restaurants, a spa and wellness center, an off-property brewery, and numerous culinary programs. Among its accolades, it is the recipient of three James Beard Awards. Blackberry Farm is more than a destination surrounded by the beauty of the Smokies and more than a luxury retreat—food is at the center of everything they do.

The food of Blackberry Farm is a blend of traditional country mountain cooking and contemporary flavors, which Sam Beall coined ‘Foothills Cuisine’ in his 2012 cookbook, The Foothills Cuisine of Blackberry Farm. He described it as “a perfect amalgam of these two culinary worlds—a blend of old and new, rural and urban, rustic and refined.” At Blackberry, they honor the centuries of people who have foraged and cultivated the land while holding the highest standard to its culinary programs and hospitality.

Most resorts offer recreational activities like horseback riding or spa services. But Blackberry Farm is different because the food is really at its heart. Truly a farm-to-fork operation, guests are encouraged to learn about how things are grown, made, and prepared before they land on the table. Master Gardener John Coykendall not only manages the living soil on the farm and sustainably grows produce that is reflected on the seasonal menus at both restaurants, he is also actively preserving heirloom seeds. Guests are encouraged to visit the garden, whether to have quiet reflection time or help harvest while chatting with a gardener. 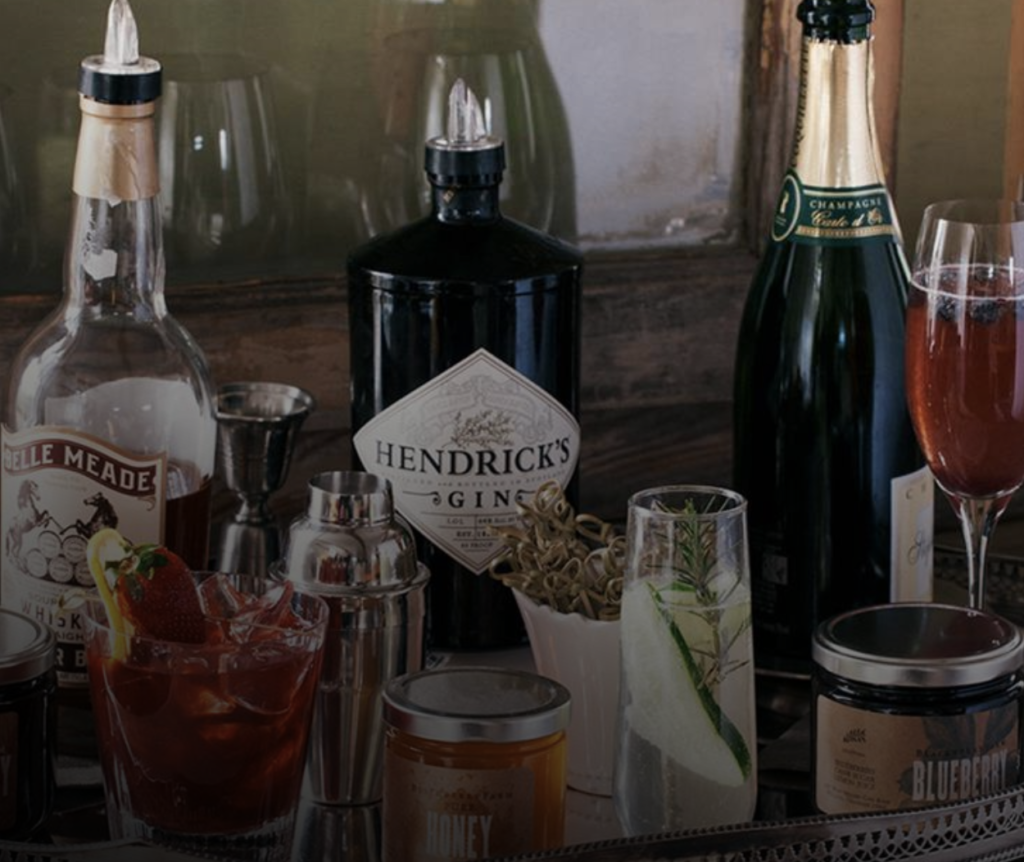 Blackberry Farm keeps several types of heritage breed chickens in mobile coops that move around the farm. It’s a win-win-win: the chickens get to scratch and eat pests, the farm is mitigated from said pests, and the kitchen gets the tasty eggs. They raise sheep whose milk is used for cheese and they keep quail and ducks. They raise pigs whose meat is channeled into the in-house charcuterie program. Interestingly, Blackberry Farm also began breeding truffle hunting Lagotto Romagnolo dogs in 2008, producing three litters per year. Renowned trainer Jim Sanford raises and trains the dogs, along with tending to the other livestock.

The Smokies offer robust opportunities for foraging, which Blackberry Farm takes full advantage of almost year-round. The season starts with ramps (aka wild leeks) that are served at breakfast with their home-cured bacon and farm fresh eggs. During the summer and fall, they hunt for Chanterelles, Black Trumpet, Hedgehog, and several other varieties of mushrooms. Into the fall, they harvest paw paws, persimmons, black walnuts, wild crabapples, wild muscadines, and huckleberries.

Blackberry Farm also has orchards with cherry, apple and crabapple trees plus Muscadine grape vines, blueberry, raspberry, and blackberry bushes. In 2008, they planted a hazelnut orchard with the purpose of cultivating black truffles in the trees’ roots—a project that takes more than ten years to come to fruition. It’s their hope to have guests harvest their own truffles to accompany their meals while at the resort.

Dustin Busby, who has staged at places like The French Laundry, oversees the beekeeping, preservation, and butchery operations at Blackberry Farm. The honey is distinctive because the pollen source is primarily sourwood trees, which impart the honey with a sweet, spicy anise tone. Preserves both sweet (think jams and jellies) to savory (like their barbecue sauce or bacon jam) are made and canned onsite. The meat for its charcuterie program comes from the farm itself or from local farmers and is used for fresh cuts or preserved as bacon, salami, or country ham. Chris Osborne creates award-winning cheeses batch by batch, inspired by the season. 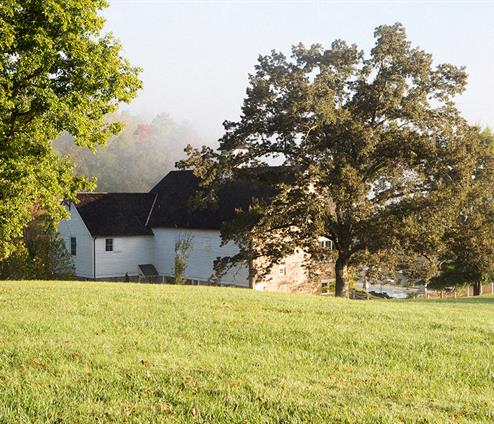 Everything they do at Blackberry Farm is done to enhance guests’ dining experience. The wine cellar holds 160,000 bottles of wine with Master Sommelier Andy Chabot at the helm. Joining the resort in 2002, Chabot grew the wine cellar from 17,000 bottles to 166,000. In 2014, one of their restaurants, The Barn at Blackberry Farm, won a James Beard Award for Outstanding Wine Program. Drawing on the Southern spirits tradition, Blackberry Farm has an unrivaled list of premium whiskies, including not only small-production American distillers, but 600 Bourbon, Rye, Scotch, Canadian, Irish, and Japanese whiskies, many of which are rare enough to be what they describe as ‘bucket list’ varieties. Blackberry Farm Brewing started at the farm but eventually moved to a brewing facility and tasting room in nearby Maryville, where they brew award-winning beers inspired by the farm’s ethos: farm ales, table beers, and Belgian-style beers like saison.

Guests of the resort can enjoy three meals a day at either The Barn at Blackberry Farm or The Dogwood, the two onsite restaurants. But there are several other activities those who are culinarily inclined can participate in. They can join whiskey tastings in the whiskey cave or wine tastings in the wine cellar (including private tastings where Chabot brings out unique and special bottles for connoisseurs to sample) amid stacked crates of Châteauneuf du Pape. Guests can attend ‘day in the life of a chef’ programs shadowing a chef or a cooking class preparing a three-course lunch. The Farmstead Tasting Tour explores the gardens and heirloom produce, the livestock and how they’re raised, including a cheese, charcuterie, and preserves tasting. There is a ‘garden with a master’ workshop, walking through the garden and learning how each thing grown ends up on the menu and Blackberry Farm’s unique and ancient sustainability practices.

Blackberry Farm hosts a number of special events throughout the year with a culinary focus, like the Taste of the South, featuring food-world heavyweights like Sean Brock and Dan Barber, or Il Raduno, a Lagotto Ramagnolo-focused weekend culminating in a truffle dinner. Special wine dinners, cheese or harvest events, and even food photography courses are peppered throughout the year.

Everything is made from scratch using traditional methods, raised or grown right there on the farm (or sourced locally) with a menu reflecting the growing season, prepared by award-winning chefs accompanied by top-notch wines, spirits, or their own beer. All of these bespoke meals, workshops, and experiences are currently available only to guests of the resort, yet another reason Blackberry Farm is a bucket-list destination for so many. 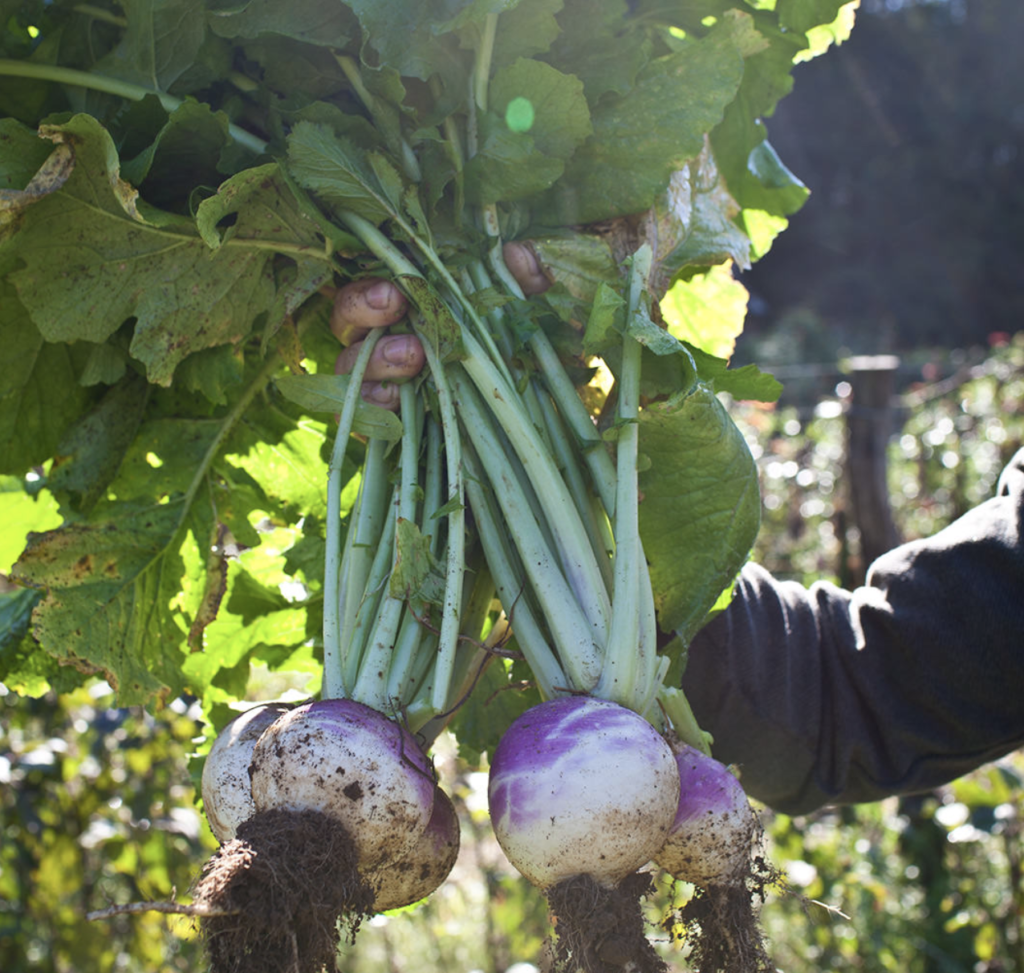 However, there are a number of ways to enjoy the flavors of Blackberry Farm without staying there.

*Eat at The Barn at Blackberry Farm: There are a very limited number of reservations available for non-guests at The Barn with a reservation. (Would-be diners need to contact outsidedining@blackberryfarm.com to inquire about availability.)The seasonal menu is available online, and guests can order the Tasting Menu for the whole table or order a la carte. Both have a wine pairing option available.

*Drink Blackberry Farm Brewery’s Beer: While in Marysville, thirsty travelers can go to the taproom and sample any of the rotating beers on tap and shop their hip brewery swag like tees and koozies. Several of their beers are small batch or limited edition and they do collaboration brews throughout the year, many of which you can buy onsite and take home. Blackberry Farm Brewery’s beers are being distributed in 31 states and are also available online for enjoyment at home. Several of their beers have won awards at the Beer World Cup and the Great American Beer Festival.

Blackberry Farm has a catalog, and among the covet-worthy things one can buy are selections of their pantry items, charcuterie, preserves, and cheese, available individually or in gift baskets.

*Charcuterie: In 2019, Blackberry Farm was acknowledged by the Good Food Awards for its Basil Blossom Lomo and its Bresaola. In past years, the Finocchiona was a winner.

*Cheese: The American Cheese Society recently awarded Blackberry Farm a gold medal for its Hawkins Haze and Magnolia cheeses, and bronze medals for its Brebis and Sheep’s Milk Pimento cheeses. 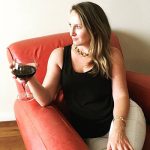