While many wine lovers are familiar with the lush Zinfandels, peppy Pinot Noirs and splendid Cabernet Sauvignons of California, there is a treasure trove of East Coast wines to discover that will open your eyes and palate. Many are in Virginia.

Virginia’s wine history dates to the Jamestown Settlement in 1607. The Virginia Company of London made it mandatory for each male settler to plant at least ten grapevines as an economic venture. In the 1700s Thomas Jefferson, an oenophile after serving as Ambassador to France, tried without success to cultivate European grape varietals at his home, Monticello in Virginia’s central Piedmont region. He ended up being a far better President than vintner!

In the nineteenth century, Virginia’s native Norton grape, the oldest American varietal, was named “best red wine of all nations” at the Vienna World Fair. In the twentieth century, Virginia’s wine industry stalled thanks to Prohibition, two World Wars, and the Great Depression. However, modern farmers and visionary entrepreneurs from the late twentieth century to current times have remained committed to making quality wine in the region and have made the necessary investments to make it happen. A turning point was 1976 when Italy’s Zonin wine family invested in Barboursville Vineyards in Central Virginia. 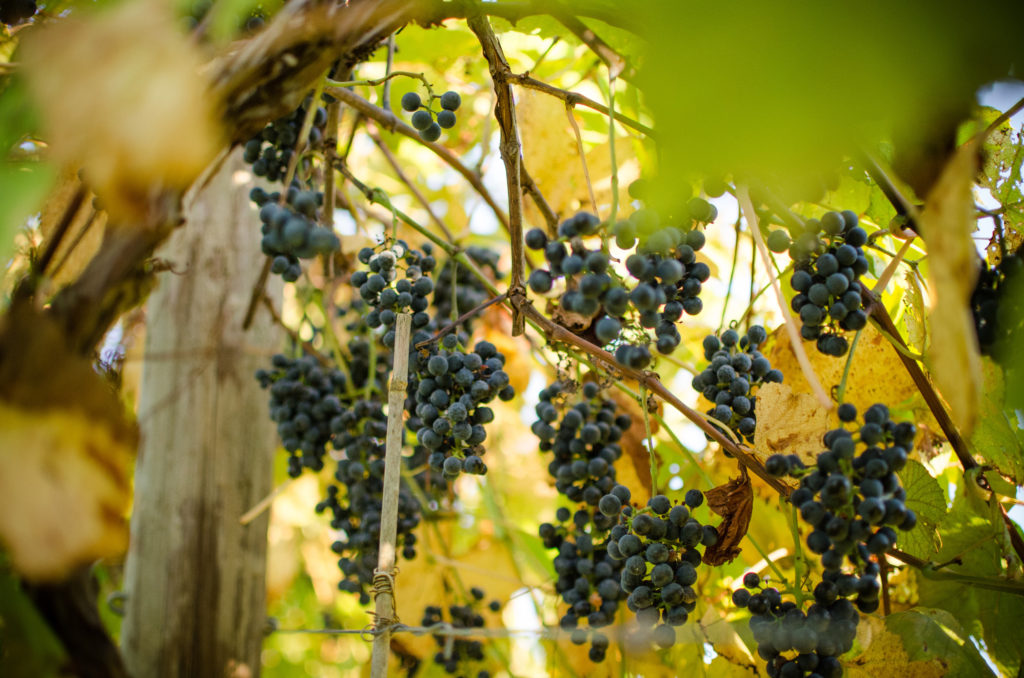 Today, Virginia has over 300 wine producers in seven AVAs. The most concentrated areas are Central Virginia, the Shenandoah Valley and Northern Virginia. While Bordeaux varietals dominate, notably Cabernet Franc, Petit Verdot and Merlot, one can also find Tannat and some Rhone varietals (red and white). Notable whites include Chardonnay, Viognier and Petite Manseng, a grape better known in the southwest of France, and Vidal Blanc, a white hybrid. To be called a “Virginia wine,” the grapes must be primarily sourced from within the commonwealth.

On two trips to central and northern Virginia, I was captivated both by the quality of the wines we tasted and the bucolic setting of rolling pastures and stately manor homes as we drove from Winchester to Charlottesville.

Virginia wine country is an easy getaway for east coasters or visitors to Washington DC. Here are three regions to get you started:

While Thomas Jefferson never managed to make quality wines at his home, Monticello, the AVA is a center for production, thanks to the region’s fertile, clay and granite-based soils. Base yourself in Richmond or Charlottesville to explore the dining scene as well as numerous historical sites.

Early Mountain Vineyards, Madison. Owned by former AOL executives, Steve and Jean Case, this winery features a large tasting room and small café where visitors can sample a curated selection of Virginia’s “best of the best” wines as well as Early Mountain’s selections made under the guidance of winemaker Ben Jordan. Try: Eluvium 2016, a Merlot-dominant (56%) blend with Petit Verdot (44%). This red is a 2019 Virginia Governor’s Cup Gold Medal recipient.

Horton Vineyards, Gordonsville. (Pictured at top of article. Photo: Megan L. Coppage). Founder Dennis Horton was inspired by Rhone varietals he discovered while traveling in France, and this winery plants several as well as ancient varietals such as Georgian Rkatsiteli and the native Norton red. Try: Horton Petite Manseng, a fragrant white with a tad (5 %) Viognier and Rkatsiteli, named “Best in Show” at the 2019 Virginia Governor’s Cup Awards in February. 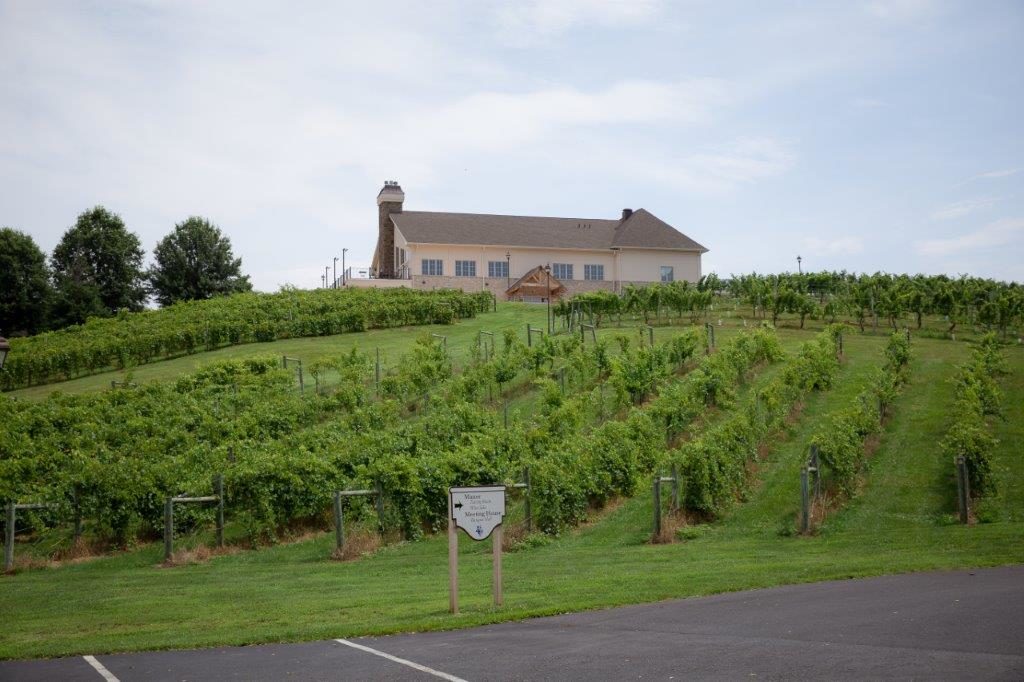 The Shenandoah Valley stretches from Winchester to Roanoke. Driving the rural roads, one can’t help but pull over to take Instagram-worthy photos of historic farmhouses and pastures of grazing cows and sheep. In the distance, the Blue Ridge Mountains stretch to the east and the Appalachians and Allegheny Plateau to the west.

CrossKeys Vineyard, Mt. Crawford. The Bakhtiar family named this palatial winery with an on-site café after the historic Cross Keys Tavern which served as a community gathering place in the 1800s and housed wounded soldiers during the infamous Battle of Cross Keys. Try: Fiore, a refreshing rosé made from Chambourcin and Cabernet Franc- a Silver Finalist for Virginia’s 2019 Governor’s Cup.

As you drive through Upperville and Middleburg, the houses become more palatial and the estates more expansive. This is Hunt Country for the horsey set, country retreats and old family homes. It’s hard to believe the bustle of Washington DC is only an hour’s drive away.

Boxwood Estate Winery, Middleburg. One of Virginia’s earliest horse farms, this eighteenth century estate and winery is owned by John Kent Cooke, former owner and president of the Washington Redskins. The focus is premium estate-grown wines in the Bordeaux style. Try: Boxwood Estate Reserve 2015, a blend of four Bordeaux varietals: Cabernet Franc (48%), Merlot (25%), Cabernet Sauvignon (22%) and Petit Verdot (5%). This wine was a finalist in the 2019 Virginia Governor’s Cup. 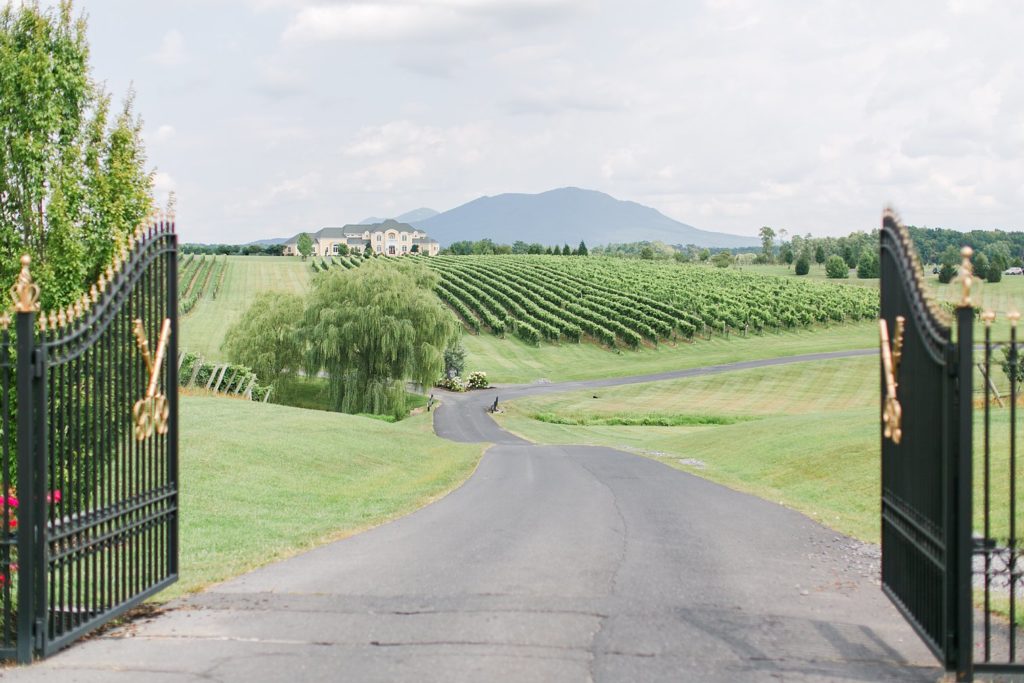 Many of the wines produced in Virginia stay in the state due to limited production, but some can be found on restaurant wine lists, notably in wine-driven East Coast spots. It’s no surprise that wine tourism is growing in Virginia as the state’s reputation for great food and wine thrives. While many visit Virginia to learn about America’s revolutionary history, one could say the vintners are leading their own revolution to bring more awareness to their wines with beautiful tasting rooms, locally sourced products, southern hospitality and a great product.

The Virginia Wine Board lists wineries and wine trails to visit throughout the state and has a detailed brochure listing wineries as well as producers of local ciders and mead.

Middleburg: The Red Fox Inn (est. 1728): An historic inn and upscale tavern in the heart of Middleburg.

Washington, VA: Inn at Little Washington: Celebrated Chef/Owner Patrick O’Connell runs one of the finest inns in the country with a Michelin three-star restaurant.