Ten Places To Eat In Puerto Rico After Maria 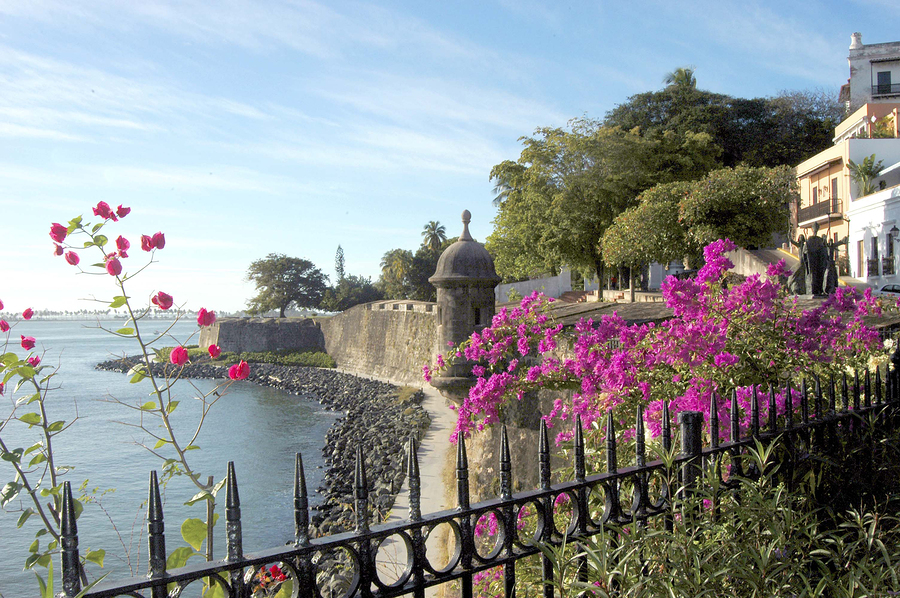 You don’t need a passport to take a domestic flight to Puerto Rico, a commonwealth island still recovering from ravages of Hurricane Maria. But don’t let the recovering stage prevent you from enjoying a vacation on the black sandy beaches of Barceloneta or Manati. It hasn’t prevented some of the locals from doing so. Tourism has been down in the aftermath and what Puerto Rico needs most is money.

Since San Juan isn’t the end-all-be-all of where to eat on the island, this list contains a few other locations throughout the island for those who care about experiencing regional cuisine adventure; from Cocina Criolla (traditional old-fashioned cooking) where the melding of Spanish, African and Indigenous influences come together on one plate, to modern applications. But, I understand you may not have time to venture out. You’ll eat well regardless. Plan a trip and start exploring. 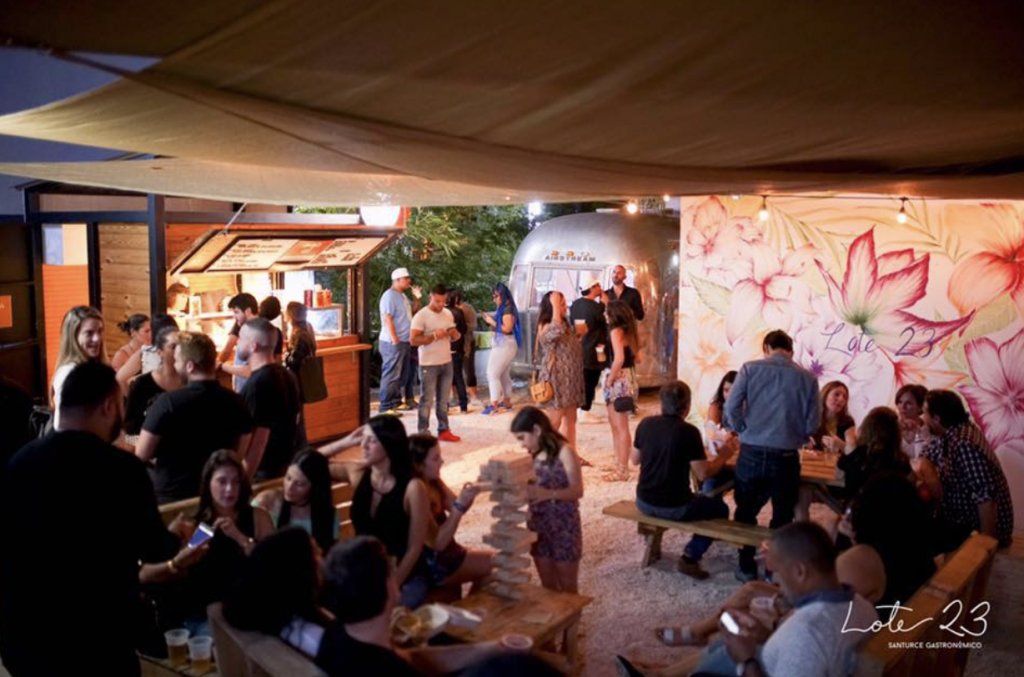 Opened in 2016, this food park is located in the Santurce neighborhood of San Juan. The park contains several different food options in the form of trucks and kiosks, many of which were extremely damaged during Maria. Popular with a younger demographic, there’s something for everyone. Pernileria Los Próceres is a truck that highlights the Puerto Rican’s best friend: pork. Find it on their pernil grilled cheese with butter toasted bread and homemade mayonnaise. Hen House serves up piping hot fried chicken tenders with honey mustard and fried chicken sandwiches. El Jangiri specializes in the mainland’s current obsession; poke bowls. Not to mention lethal cocktails and live music.

When you want to get dolled up and succumb to oppressive humid heat between your abode and the Uber, and the Uber to the restaurant. Jose Santaella is one of the first chefs to apply Euro-centric techniques and plating to Puerto Rican food outside of a hotel restaurant setting. With daily lunch specials consisting of the “greatest hits’ of Cocina Criolla – braised chicken, potatoes and carrots in an achiote tomato sauce over rice – the restaurant, virtually a terrarium, summons both celebrities and the unknown. It’s also known for its award winning cocktails. 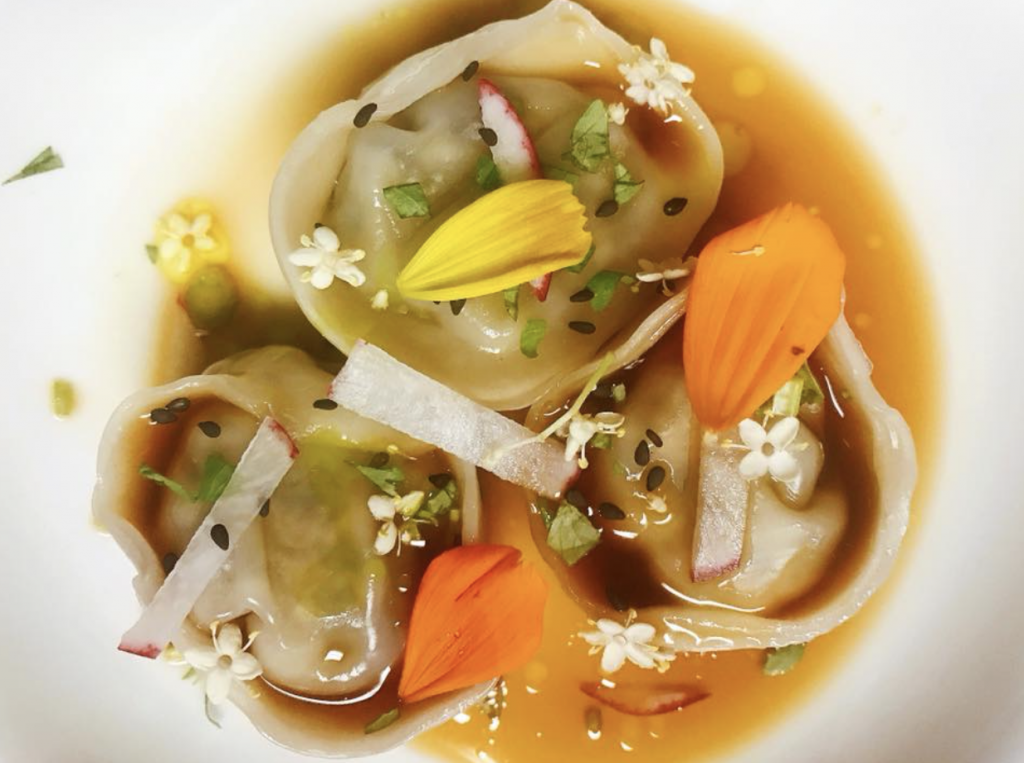 Owners Paxx Caraballo Moll and Audrey Berry had a kiosk in Lote23 called El Baoricua. Highlighting local ingredients from small farms, they showcased a marriage of Pan-Asian and Puerto Rican flavors. But Maria took the kiosk down. In typical Puerto Rican fashion, they dusted off their shoulders and kept moving forward. You can find Paxx and Audrey reinventing their business, now called JungleBaoBao, inside of tiki bar JungleBird. Their new spot serves tofu and veggie dumplings and noodles in pesto arugula with smoked sausage. Their “Saturday Night” kimchi fried rice comes with romanesco, oyster mushrooms, bok choy cooked in duck fat and longaniza, and is topped with an egg.

When I’m in town during our family’s annual visit, you can catch us here every morning. Every. Morning. To me, this mid-century cafe is an oasis in the middle of terrible fast food franchise traps in Old San Juan. There’s limited seating inside of this Americana counter cafe with stools, serving incredibly simple food like thinly sliced and fried pork chops with white rice and beans with a side of avocado. They bring you half of a gigantic avocado and a knife. And of course, the diner’s namesake: Mallorcas. Mallorcas are made from an enriched dough, shaped in a snail pattern (think cinnamon roll), and baked into the softest and most ethereal bread you’ve ever had. To finish, it’s dusted with an obscene amount of powdered sugar. You can elect to have them slice it open, stuff it with cheese, egg and ham, and toast it on the flat top. Best breakfast sandwich ever.

Only 30 minutes away from San Juan, I’d consider Loiza the epicenter of Puerto Rican gastronomic culture. This is where I really discovered that Puerto Rican food is indeed regional, although many would not consider it so. When I visited a local woman who cooks pre-colonial recipes out of her hard-to-find eatery, I asked if she had Puerto Rico’s national dish, Arroz con Gandules. She quickly informed me that around those parts, they celebrate the Puerto Rican blue crab and that her rice was cooked with the crab and so were her alcapurrias, which are often stuffed with seasoned ground beef. Loiza is also the home of the Festival del Caldo Santo, an entire festival dedicated to a “holy soup” made of fresh fish, root vegetables, pumpkin, and coconut milk.

Once Road 187 plunges into Pinones, the road is lined with myriad of snack shacks. El Boricua is a popular kiosk, but you can window shop the various kiosks until you find the one you’re happy with. These kiosks sell food that is perfect for sitting on Aviones Beach; ice cold Medallas, alcapurrias (mashed tubers, stuffed with crab and fried), bacalaitos (crispy, thin and salty codfish fritters), ceviche, pinchos (chicken skewers with guava barbecue sauce).

A vendor will approach you while you sit on the beach and offer you coconut water. You’ll say yes, of course. The vendor will proceed to hold the green coconut in one hand, rotate it around while hacking at the top with a machete. You’ll consume the freshly cracked cool coconut water and contemplate why you’re not contributing more to the beautiful island. You will spend the entire day here. 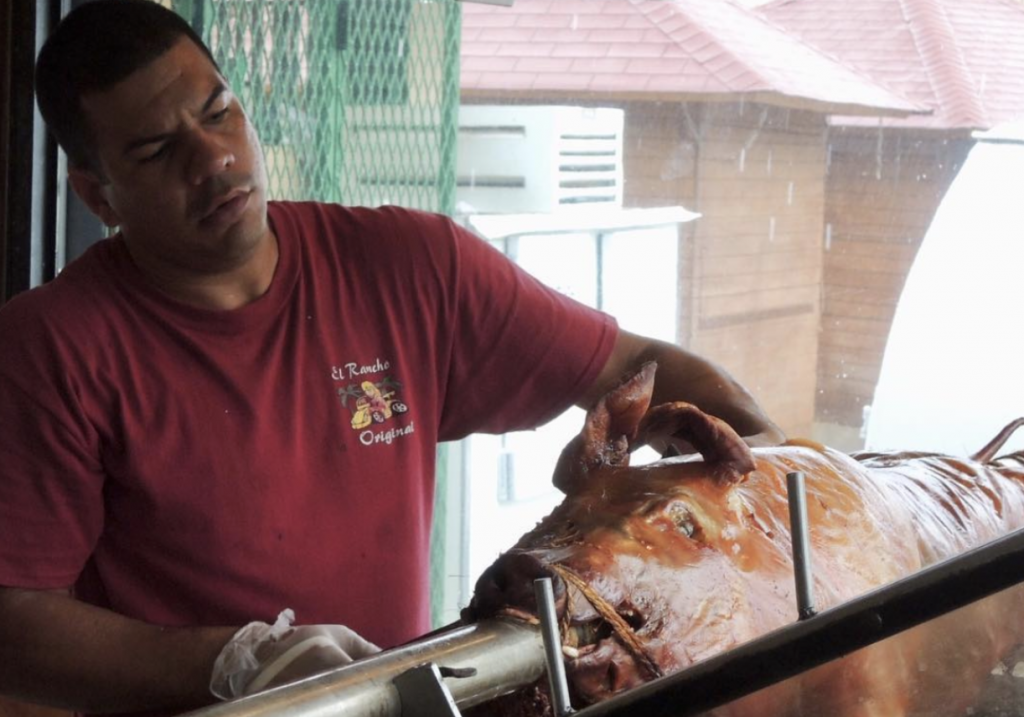 Everyone needs to make a trip into the mountains and find the lechonera where they feel most comfortable. Lechoneras are restaurants solely dedicated to the spit-roasted pig and its accoutrements. Normally, this type of fare would be reserved for the holidays. There’s a plethora of lechoneras to choose from along the “pork highway,” and often guides will try and take you to the lechoneras at the bottom of the mountain. If you’re in a rental, or paid good money for a guide, make them take you up those steep roads that still cut through dense bamboo forests and eat alongside a small creek at El Rancho Original. My favorite lechonera is in Guaynabo, but Guavate is a much better location for the lechonera first-timer.

This place reopened in March of 2017, only to be hit by Maria six months later. It wasn’t until the end of the year that they reopened again to much fanfare. I’d be surprised if ice cream was the first thing that popped into people’s heads when they hear Puerto Rico. But, it’s hot! There are ice cream carts that wheel around the island selling passionfruit or coconut ice cream, scooped into a little plastic cup. Limbers are similar to Italian ices, but made with fresh tropical fruit.

The name Limber is rumored to have came from Charles A. Lindbergh’s stop over in Puerto Rico during his flight across the Atlantic Ocean in 1928. I have yet to find any academic sources to prove this. And of course, some ice cream parlors sell ice cream that is really gelato brought over to Puerto Rico by Chinese-Cuban immigrants freeing the Cuban Revolution. Are you still with me?

Heladeria Lares was opened in 1968 by Salvador Barreto and still exists in its original location in the town of Lares. It boasts over 50 different flavors from the usual – passion fruit, coconut, fresh corn, chocolate, chocolate chip and orange – but also consisting of the unusual – bacalao (salted codfish), platano dulce, ajo (garlic), arroz con gandules (rice with pigeon peas), carrot and cilantro. 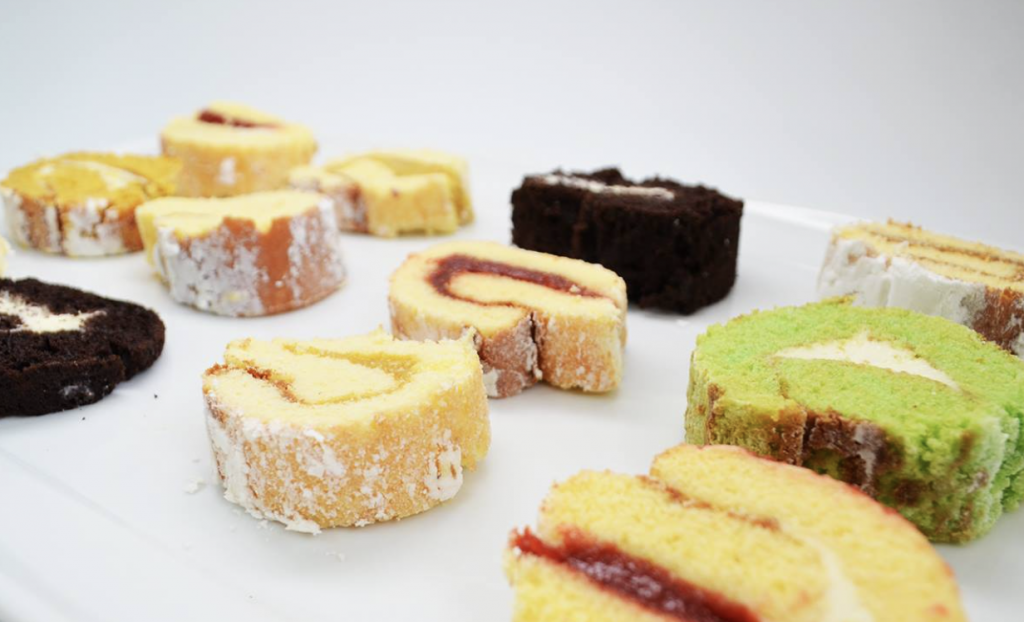 This location has a counter where you can order coffee, sandwiches and of course, Brazo Gitano (Gypsy’s Arm). Brought to Mayagüez by Andalusian bakers, the Franco company has been producing these jelly roll cakes since 1850. With their most popular flavor being their original, guava, they also have some 24 other flavors including: guava and cream cheese, pineapple, strawberry, cherry and quemado (dulce de leche). Come here and have a sandwich, a piece of cake and a coffee. And then purchase several boxes of these delicacies to bring back to your family because we both know you’ve never heard of this baked good.

A roadside eatery serving locals plates of rice, beans, homemade longaniza, stewed ribs, and their specialty…rotisserie chicken. The chicken spins on a spit in a makeshift smoker above charcoal briquettes where Puerto Rican yellow sweet potatoes (batatas) collect the roasted chicken fat. They also have superb guineos en escabeche, which is like a pickled green banana salad to cleanse your palate.

Because this restaurant focuses on highlighting the plantain, it was closed for a month after Maria when most plantain trees were damaged and plantains became scarce. And to attract people into returning to their restaurant they did what their namesake claims: they got crazy with the plantains. Being the home of the Jibarito (platano sandwich) since 1991, Platano Loco showcases the mighty plantain in a dizzyingly array of preparations: mofongo (mashed plantains and chicharrones often stuffed with various proteins), platano pizza, mofoncocho (a mashup of mofongo and sancocho, which is a hearty soup), plantain nacho fries, plantain fritters, plantain burgers, and too many more to even list. 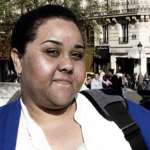 Illyanna Maisonet is a first-generation Puerto Rican and a cook. She sometimes writes about food, too. She has a column in the SF Chronicle, Cocina Boricua, that explores and preserves traditional Puerto Rican recipes. Follow her on Instagram @eatgordaeat.