Food & Film: Together at Last! 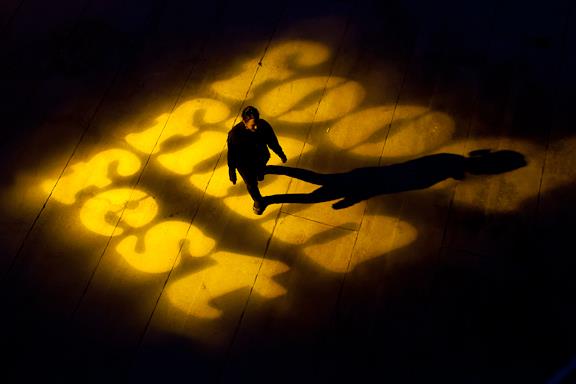 No, no, I’m not talking about the depiction of food on film…THAT has been around for a long while!

But in 2007 two enterprising food-and media guys—George Motz and Harry Hawk—created something wholly new in the world of food and film.

They began a film festival, devoted solely to films about food—all kinds of food films, some short, some long, some with a narrative, some total documentary-like in style, some hybrids.

But here’s the core of their genius: when you attend their festival, and sit in the darkened theatre, food that’s germane to the film on the screen is passed around. 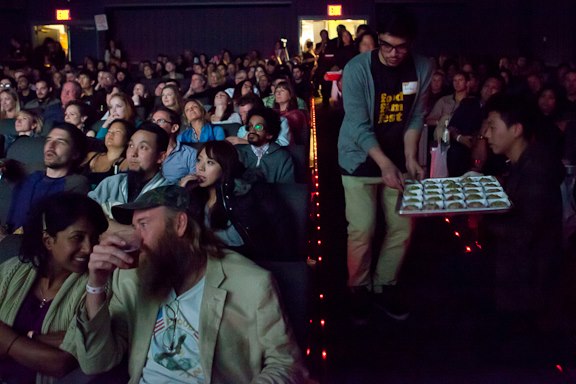 I heard about this, some four years ago, and responded with due skepticism. There are so many potential pitfalls in this plan, I reasoned, that I don’t think the experience is going to be fun.

When I first went, I was watching a film about a soup ritual that a guy in Kansas City performs in his apartment every January. Two minutes in, while I was totally engrossed in the film, a pass-around tray and whispers appeared at my left elbow…holding little cups of the same soup. It was delicious and delightful! It worked!

Some time later, I was viewing a film about a guy who started a vegetable garden in his flat-bed truck—and then, of course, drives the truck around at harvest time to sell his “farm” items. While viewing, small plastic bags of herbs from his truck were passed around—by Marion Nestle, no less! And then, when the film was over, we were all invited outside the theatre, on Canal St.—where the truck in full bloom stood! An amazing moment.

That’s the thing about Motz and Hawk—they are wildly creative, every time out, in solving the problem of “How does the viewer get a good taste of what’s on the screen?” 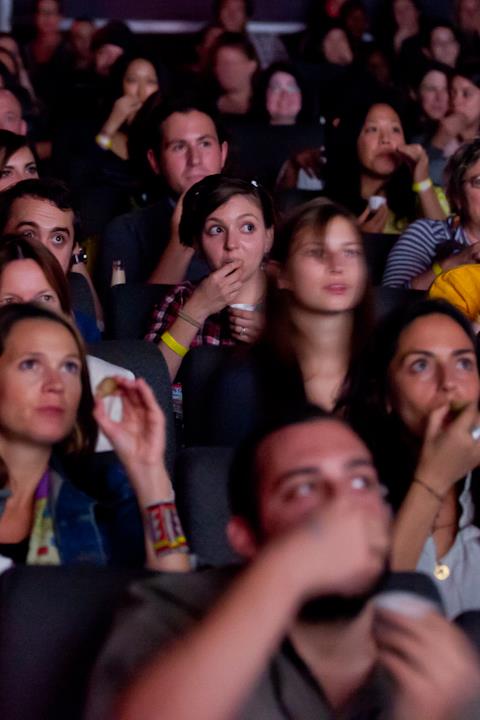 The festival this year in New York starts on October 23 and runs through October 27. There will be one in Chicago, too, in November! There will be a total of 38 films screened in NY, not to mention a whole host of parties, pre-parties, after-parties, during-parties, virtual parties, etc. “From Ramen Burgers and Smoked Brisket to Danish Desserts and a Fondue Lounge, the 2013 NYC Food Film Fest is going to blow your mind” says Seth Unger, Festival Executive Producer. Here are some of the most anticipated films for 2013:

The Kings of BBQ: Barbecue Kuwait
Dir. John Markus, 37:30 min, NYC Premiere
Sitcom writer/producer, John Markus (Cosby Show, Larry Sanders Show), teams up with the most legendary BBQ Pitmasters in America; they all travel to the Middle East, and cook an unforgettable home-style dinner of smoked brisket and chicken for thousands of US troops stationed in Kuwait.

Fac et Spera (Hope and Do)
Dirs. Florent & Remy Gaillard, 22:29 min, World Premiere
Filmmakers Florent & Remy Gaillard give you access to the estate vineyards, the winery and to the universe of Maison M Chapoutier, France’s most admired winery. The film also profiles Michel Chapoutier, the head of this wine family, who has a unique philosophy on life and the business of wine.

Himself He Cooks
Dir. Berteau Valerie/ Witjes Philippe, 65 min
In the Golden Temple in Amritsar hundreds of volunteers prepare 100,000 free meals every day. The spontaneous choreography of many hands reveals the essence and atmosphere of this fascinating place.

And I can’t help but mention that this last film is of very special interest to me: it was directed by my Editorial and Social Media Director, Carole Amber! (You might have seen her in this space a few weeks ago, appearing in her own documentary “What’s NEXT from the Creator of the Cronut”—shot in his kitchen!)

Rødgrød med Fløde is a famous Danish dessert, and a kind of Nordic icon. 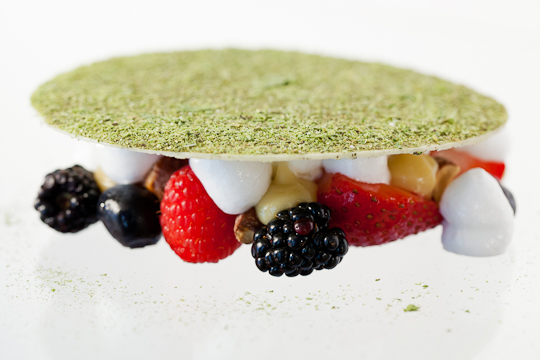 Rødgrød Med Fløde at Aamanns-Copenhagen
(Star of Oh My Rødgrød!)

Here’s a brief preview of Oh My Rødgrød!

With a nod to Danish humor, this food film super-short is an audacious foray into the world of Rødgrød Med Fløde. It features 6’6″ Viking Chef Rasmus Kristensen of Aamanns-Copenhagen (actual chef and creator of this dessert) fighting between his rugged Nordic roots and the delicate touch required to create his awe-inspiring dessert. Oh My Rødgrød! is created, produced and directed by Carole Amber, Alexis Weed, Troy Amber, and Matt Meyer. For a sneak-peek, watch this trailer:

And this beautiful film couldn’t be more timely…since we Americans are in the midst of a Nordic explosion! New York City alone has so many trendy Nordic restaurants now (Carole’s vibrant film was shot at one of them, Aamanns-Copenhagen near Canal St.) New Nordic products are coming in every day, such as the outstanding Danish blue cheese, Høgelundgaard, which was developed in part by Noma superstar Rene Redzepi; at the moment, you can taste this great cheese (brought in by Arla Foods) only at a few restaurants in NY, including the original Nordic trendsetter Aquavit.

AND just a week ago, NORTH, the first Nordic Food Festival was held in New York, with the participation of outstanding chefs including:

So go to the NYC Food Film Festival for Carole (her film is premiering at the “Untitled I” event on October 25 featuring the art, craft, and inspiration behind the world’s greatest food and wine, and the legendary winemaker Michel Chapoutier), or for 37+ other directors…or just for four days of incredibly smart and good fun!

As a dRosengarten.com follower, you have 10% OFF (use ROSENGARTEN10 at checkout) any event for the NYC or Chicago Film Festivals here.