One Wonderful Day in South Africa

I’ve never been to South Africa before. So when I arrived 36 hours ago, I was flooded with impressions; neither the airport at Johannesburg nor the airport at Cape Town, my final destination, are Nowhere Central; this is a place that resoundingly feels like Somewhere.

But I’m going to need a few days of brain filter to get all that sorted out. On the 14-hour flight from New York, I was served a metaphor on a platter…and, for the moment, it is helping me organize my thoughts about South Africa.

Do you know what today is? I found out reading the local newspapers over the south Atlantic…

IT IS NATIONAL BRAAI DAY…(which is also Heritage Day)!!! 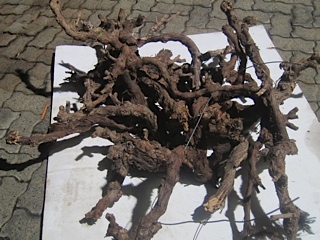 The beginnings of a great braai

Ah…you’ve never been to South Africa…like me! I’d tell you it’s the grilling of meat…but it is so much more than that.

Yes, South Africans of all types loving coming home to their braais every night, their grills, where they braai some meat, and have a braai. A braai could translate as “a barbecue” (unless you’re really particular about what “barbecue” means…there’s no slow cooking in a braai!)

But a braai involves lots of fast cooking…and slow enjoying. Of course, people all over the country may disagree about the details of a braai. At the great one I just went to, in posh wine country near Cape Town, they insisted that a braai must be cooked in an oil drum split vertically… 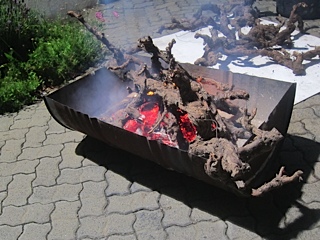 …but the newspapers in the run-up to National Braai Day are filled with Weber sales!

The winery folks also told me that to be a braai, the heat source must be wood…and they proceeded to haul out some fabulous old vines, which made a delicious fire.

But there’s those newspapers again, and the internet…where discussion of coals and even briquettes is rampant.

And we haven’t even touched what to put on the braai! If you want really basic, you may go with chicken, or the South African uncured sausage called boerwors. A recent poll, however, showed that lamb chops are the current favorite around the nation. Or…you could spend a little more, and pick up a hunk of great South African beef. 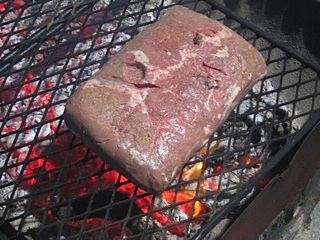 A delicious hunk of uncut strip steak just placed on the braai at Mulderbosch Winery in Stellenbosch, my long-time fav South African winery

Around Cape Town, they’re fond of fish–but, throughout the country if you’re really going innovative, you may grill up exotic animals, like eland, springbok, the whole African panoply.

My dear friends: it’s all Braai!

And this is where the metaphor comes in.

As you know, this has been a nation with a tragic past…and that goes back long before apartheid. But the tragedy deepened after many centuries of abuse by Europeans, when, in 1948, the election of the right-wing Afrikaner party led to laws that separated people of color from the rest of the population. We all know about the horrific second half of the 20th century in South Africa…and, thankfully, we all know about the victories of 1994, when, with the victory of the long-imprisoned Nelson Mandela in South Africa’s first democratic election, the apartheid walls came crashing down.

What we may not realize–what I didn’t realize–is that this 1994 turn-around, far from an event to be celebrated madly for mere weeks, or months–is celebrated madly every day in contemporary South Africa, by most South Africans. As you step off the plane, there is a wash of good feeling, of optimism, of excitement, of love for country. And who is registering these emotions? Everyone…and that means everyone. We Americans tend to think of our country as a “melting pot”…but the diversity and multiculturalism of South Africa is staggering, even to a New Yorker like me. Sure, there are right-wing radicals, and exclusive housing areas, and all the usual rot…but I have never seen a place where, to this extent, each person presents such a brilliant ethnographic puzzle…the backgrounds of South Africans are so rich, so diverse, so deliciously tangled, involving many indigenous tribes, many Africans from further North, Dutch, English, Portuguese, East Indians, the whole imperial web, and more. And the thing in South Africa is…they’re not the “other” people…they’re the people! 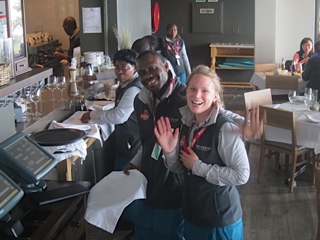 A beautiful mix of servers at the wine service bar of the surprisingly fine Two Oceans restaurant, where most visitors to the Cape of Good Hope have lunch

It doesn’t seem accidental that the Cape of Good Hope is in South Africa! 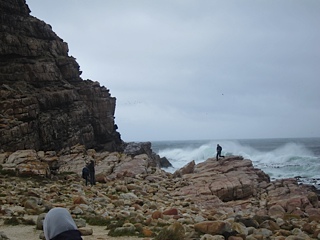 Visitors to the Cape of Good Hope on a blustery day…just two days after the end of winter.

And now…it’s braai time! And the great South African celebration of early spring!

In 2005, eleven years after The Big Transition, the South African government decided that the nation needed a day for national pride…a day when all South Africans, of all backgrounds, could celebrate together, in the ongoing spirit of ’94. They must have considered many a way to do this…but they opted for National Braai Day. Why? The feeling is that in this vastly diverse nation…the one activity that permeates every corner of society, that brings everyone together…is braaing! And so, every year the nation stops dead on Sept. 24–schools closed, banks closed, most workers with the day off–to celebrate South African unity through a barbecue. And I can tell you…among the many people I’ve spoken to in the last 24 hours…indigenous people, Dutch,  English, East Indians, Middle Eastern people…there is unmitigated enthusiasm for National Braai Day, and what it means.

I had my braai at Mulderbosch winery in the Stellenbosch region…about 40 minutes driving from Cape Town. I have loved Mulderbosch Sauvignon Blanc for two decades, but a recent change of ownership–going into American hands! speak about diversity!–promises to make the wine even better. I ADORED at my braai the 2012 Mulderbosch rosé of Cabernet Sauvignon–one of the very best under-$10 values in the U.S.–but also loved wines from Mulderbosch’s sister labels, Fable and Yardstick. 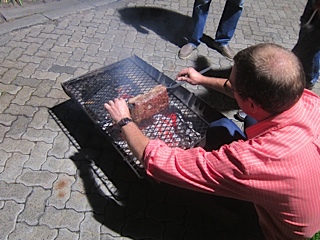 Beef on the braai 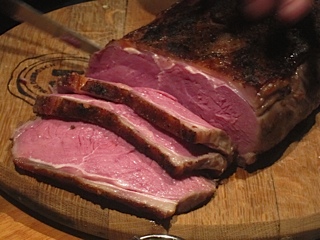 The sliced beef from the braai 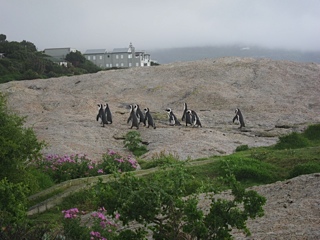 Some of the only South Africans not cooking a braai today! More on these African penguins, and a lot of amazing things, next week…

P.S. If you wish to explore the braai culture further, simply log on to: http://braai.com/

You will feel the pride of a South African…as you see the photo of Nelson Mandela in a kitchen apron!