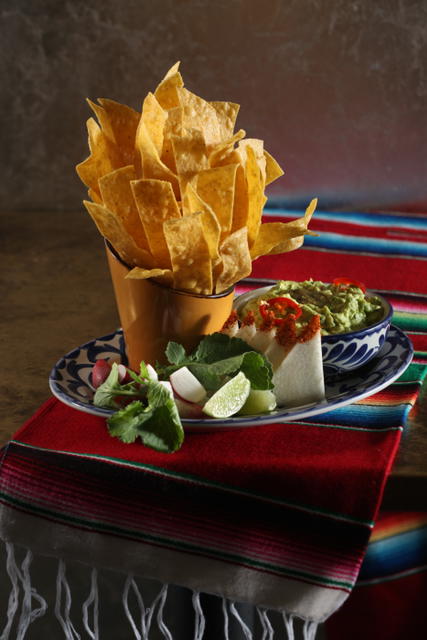 In a small mixing bowl, combine all ingredients and stir together. Taste and adjust seasoning with salt.

On a hot griddle or cast iron pan, char tomatillos and chiles until well blackened and soft. Remove from heat and add to a blender or food processor with cilantro and lime, blend to a smooth but slightly chunky salsa, transfer to a small mixing bowl and stir over a bowl of ice until cool. In another mixing bowl, add the avocados and roughly mash together, stir in the salsa verde and mix together, season to taste with salt and more lime if necessary.

Michael Armstrong is the Executive Chef at Bodega Negra in New York City’s Dream Downtown hotel. Look for him in our upcoming video “Where the Chefs Eat” to learn where he noshes off the clock.