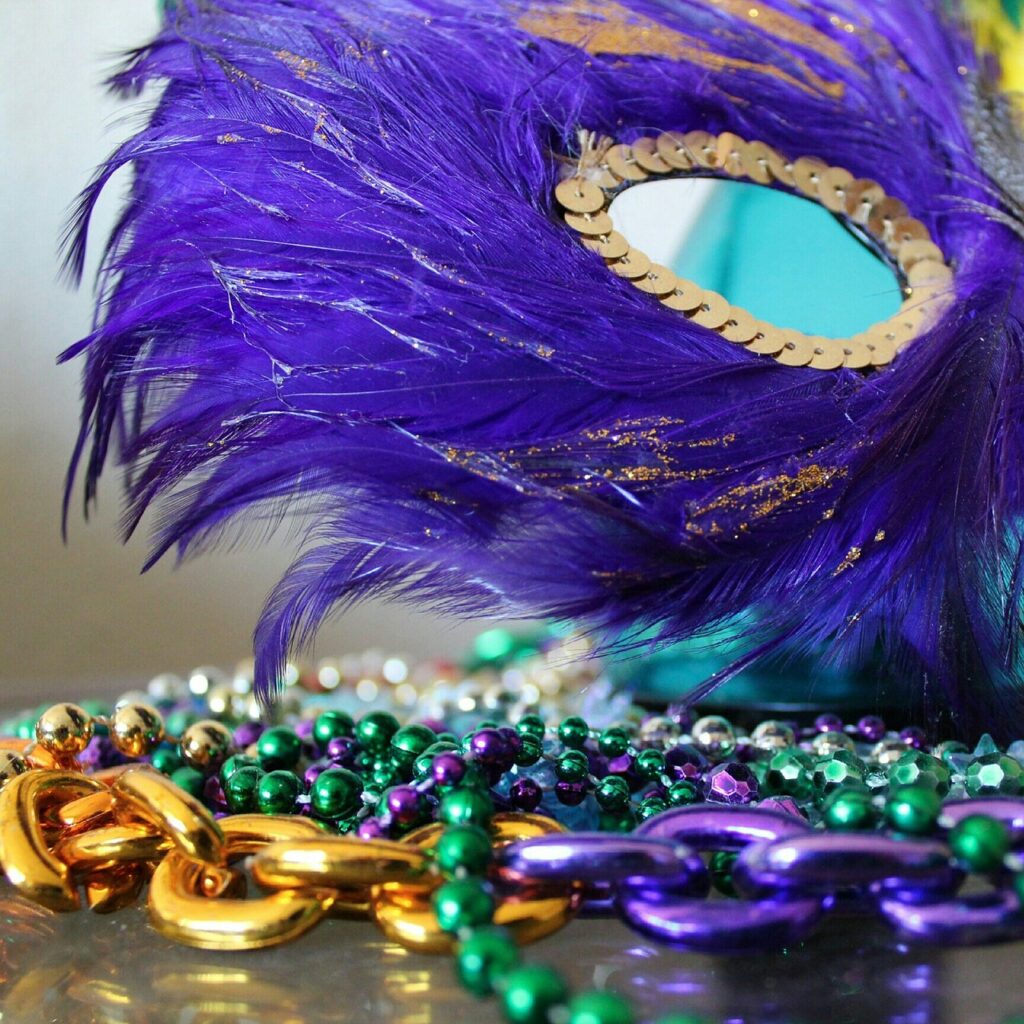 Mardi Gras has been dubbed “the greatest free party on earth.” Carnival season this month in New Orleans culminates on Fat Tuesday, February 28, the day before the start of Lent. Revelers fill the streets to watch parades, catch colorful beads tossed off the elaborate floats and, as everyone likes to say, “Laissez les bon temps rouler!” (Let the good times roll!). Nowhere is it busier than in the historic French Quarter, known as the Vieux Carré (French for “old square”), the oldest neighborhood in New Orleans.

Visiting the French Quarter is an unforgettable experience to see elegant historic architecture, watch engaging street artists, listen to live jazz and, of course, eat and drink. There are dozens of restaurants and bars tucked here and there.

Here are five bars to visit and their signature cocktails:

The French 75 at Arnaud’s Restaurant 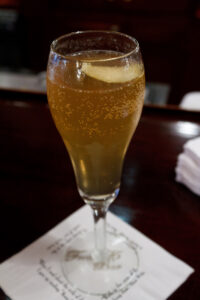 Named after the flamboyant “Count” Arnaud Cazenave, Arnaud’s is a classic creole restaurant with a hidden museum upstairs featuring his daughter’s opulent Mardi Gras ball gowns. The exact origin of the French 75 has been debated by cocktail historians like Dave Wondrich in this Liquor.com article who notes, “The French 75 as we know it first appears in print in 1927, at the height of Prohibition, in a bootlegger-friendly little volume called Here’s How! put out by a New York humor magazine. From there, it got picked up by the 1930 Savoy Cocktail Book, and once it was in there, it was everywhere. The elixir has the distinction of being the only classic born in America during the dry period.”

Regardless of origin, The French 75, has found its forever home at its namesake bar in New Orleans. Its popular bartender Chris Hannah shares this recipe:

The Absinthe Frappé
This drink was created at the Old Absinthe House in the 1860s by barman Cayetano Ferrer. In 1912, absinthe was banned since its primary ingredient, wormwood extract, was considered a hallucinogenic. For years, substitutes for the anise-flavored liquid were used such as Herbsaint and Pernod. In 2007, the law was changed and many brands of absinthe are on the market.

Fill a rocks glass with crushed ice and add:

Top with a splash of soda 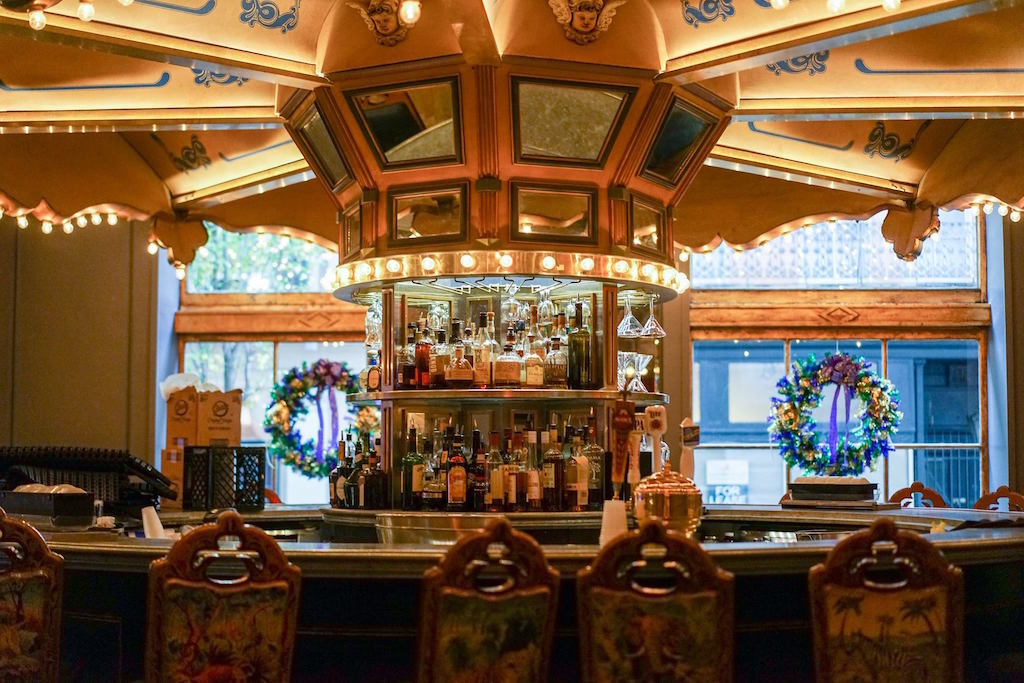 The Vieux Carré
The 25 seat Carousel Bar at the Hotel Monteleone has been slowly spinning for 65 years. Its signature drink, The Vieux Carré, was created by long-time bartender Walter Bergeron. Master Mixologist Dale DeGroff, aka King Cocktail, is the author of The Craft of the Cocktail and a founding board member of New Orleans’ Museum of the American Cocktail. He shares this recipe:

Add all the ingredients to a mixing glass and fill with ice. Stir, and strain into a cocktail glass. Garnish with a cherry.

The Grasshopper
Tujague’s, est. 1856, has the oldest stand-up bar in the U.S. and is the second oldest restaurant in New Orleans. The first was Antoine’s, which opened in 1840. Tujague’s co-owner Philip Guichet concocted The Grasshopper for a cocktail competition in 1918. The creamy-minty-sweet green drink took second place and customers are still sweet on it.

Combine all ingredients, except for the brandy, in a cocktail shaker filled with ice. Shake vigorously, strain into a Champagne flute and top with brandy. 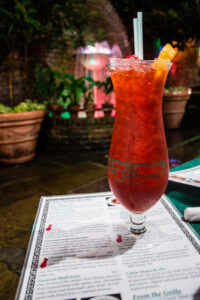 Once you live through a hurricane, you’ll say, “I’ll be better prepared the next time!” The same goes with drinking Pat O’Brien’s original Hurricane. All it takes is one. This cold tall fruity rum drink can go down really easy during warm humid nights in the Big Easy.

This Hurricane recipe from Liquor.com used fresh ingredients, not the Hurricane packaged mix sold at many tourist shops. Fresh is always better!

Add all the ingredients to a shaker and fill with ice.
Shake, and strain into a large Hurricane glass filled with fresh ice.
Garnish with an orange half-wheel and a cherry.