Bacalhôa Winery in Lisbon: Where Art and Wine Meet 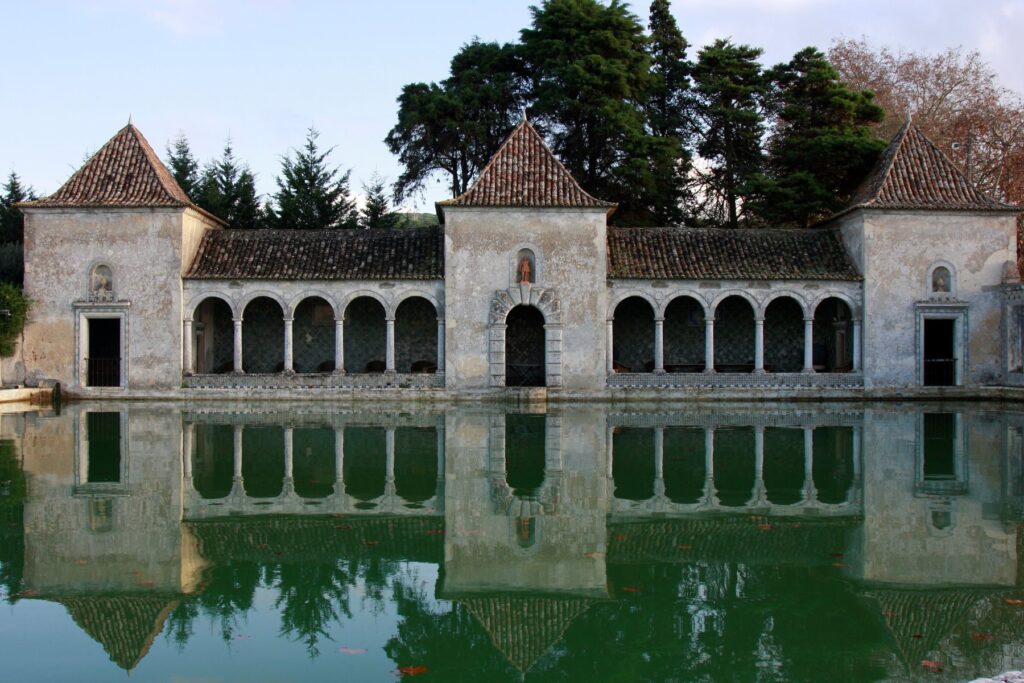 Growing up in Australia, the only thing I knew about Muscatel wine was that men who didn’t shave regularly and smelt funny were the only people to drink it. Sold in large glass flagons for very little, it was the drink of choice for the homeless and down-and-out. I certainly never would have associated it with a honey gold ambrosia, an eclectic art collection and a palace dating back to the 1550s.

Yet that’s exactly what you get on a visit to Bacalhôa Vinhos de Portugal, Azeitão, located across the Tagus River, south of Lisbon in the Setúbal district. The original winery dates to 1922. When Portugal’s foremost art collector José Manuel Rodrigues Berardo became the majority shareholder in 1998, he put his own vision to work. New vineyards were planted, harvesting was modernized, and a new building designed by António d’Avillez, intended as a symbol of modernity rooted in tradition. This contemporary structure houses the museum, cellars, offices and tasting area. Light open spaces embrace the present while traditional cellars represent the past. Combined with the majestic Quinta Palacio da Bacalhôa, the estate is a showcase for Berardo’s main passions – art, wine and gardens.

Outside the museum, large surreal statues, replicas of the terracotta warriors of the Xian region in China painted pantone Yves Klein blue, stand sentry. An olive tree, believed to be more than 2500 years old, guards the door. Inside is a selection of African, Art Deco and Portuguese artworks belonging to José Berardo. A self-made businessman, Berardo bought his first artwork in 1969, a Mona Lisa print, thinking it was genuine. He went on to educate himself in art and began collecting in earnest. Now he hopes people’s lives will be enriched by viewing his art. 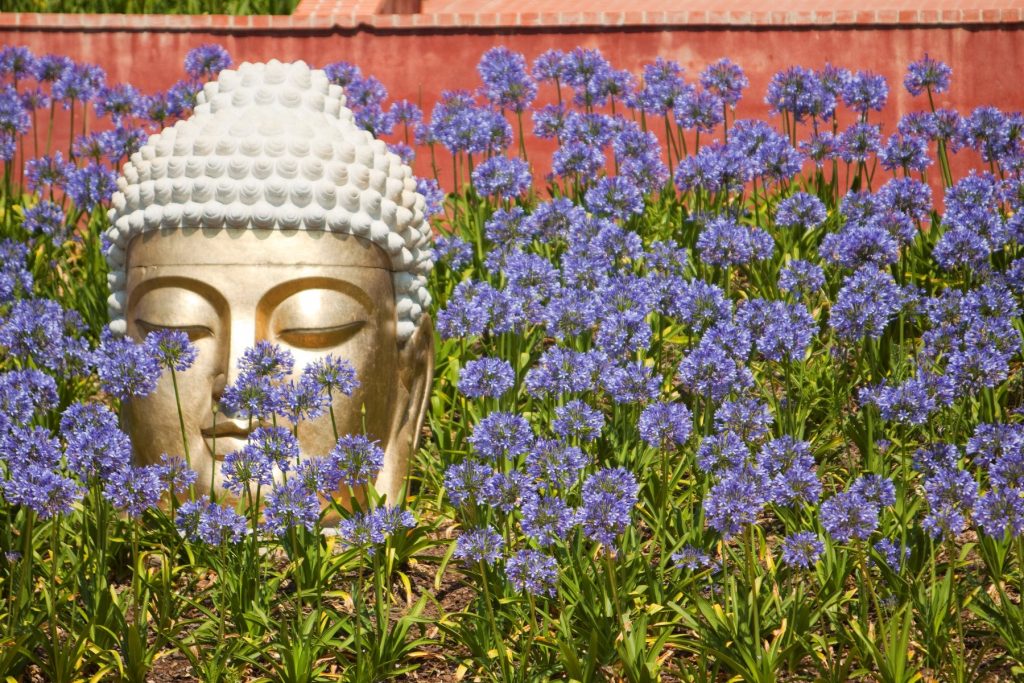 Berardo spent many years working in South Africa where he came into contact with different peoples and cultures. On exhibition are some of the more than 2500 Zimbabwean soapstone sculptures he acquired in that time. Based on Shona mythology, most of them are very early works from the Tengenenge sculptor community, made up of people from various parts of Southern African. African fabrics hang from the walls and ceiling, a complete straw hut takes up one corner while contemporary African paintings add to the mix.

In another section Art Deco and Portuguese pottery works are on display. The Art Deco pieces are highly decorative in style, yet simplistically functional. They’re some of the 300 or so pieces in the Berardo collection by names such as Lalique, Brandt and others. The Portuguese ceramics consist of plates and vessels worked in signature designs of frogs, snakes and humorous faces.

Grapes have been cultivated in Azeitão since it was occupied by the Romans. However, muscatel vines were only planted at Bacalhôa in 1983. The fortified wine, known locally as Moscatel de Setúbal and internationally as Muscat of Alexandria, originated in Egypt and spread to the Mediterranean from Alexandria.Wine made from the young grapes is enjoyed as an aperitif served with ice and a slice of lemon while aged varieties are best after dinner alongside sweets and cheese.

A third type, the rare purple-pink Moscatel Roxo, is also produced in limited quantities. All of them are classified as DOP (Denominação de Origem Protegida), which means Protected Designation of Origin. DOP regulations prescribe, among other things, maximum grape yields and recommended and permitted grape varieties. All have to be officially tasted, tested and approved. 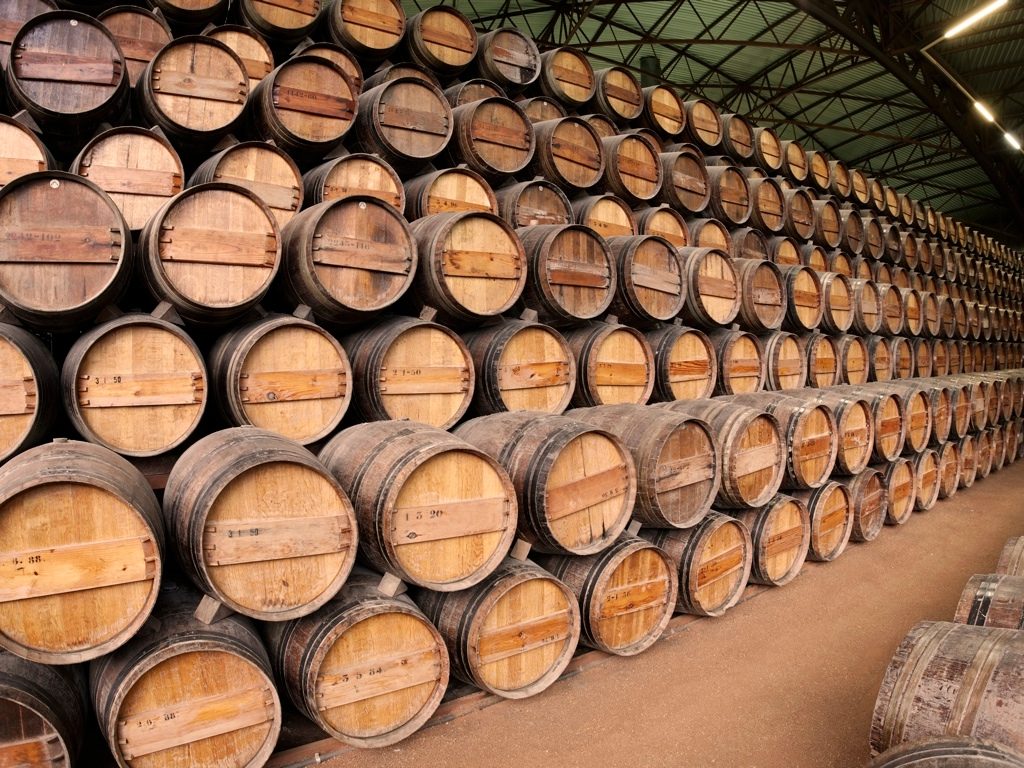 The art rooms open onto a towering wall stacked with oak barrels leading through to the barrel rooms. Here asoundtrack of chanting monks plays quietly in the background. In the vast darkened space fortified Muscatel is aged in old French oak barrels, from anywhere between two to more than 30 years. The air is thick with the sweet smell of fermentation. French oak barrels have a four year life and are sometimes swapped for barrels previously used for whiskey or brandy for the flavor they impart. Lining the walls and on columns set amongst the barrels is astunning collection of Portuguese azulejo, glazed ceramic tiles, from the 16th through to the 19th centuries. The collection includes tiles in Mudéjar, Mojolica and Modern styles. All were designed to cover arquitectonic surfaces, architectural facades, adorned in different patterns, both abstract and figurative.

Back out in the light visitors have an opportunity to sample the different varieties of muscatel in the tasting rooms overlooking the gardens.

A short distance away, the delightful Quinta Palacio da Bacalhôa awaits. The name translates as the Estate and Palace of the Codfish, and this mid-16thcentury fancy is a visual delight of Moorish architectural influences, Portuguese grandeur and sheer whimsy in the gardens. 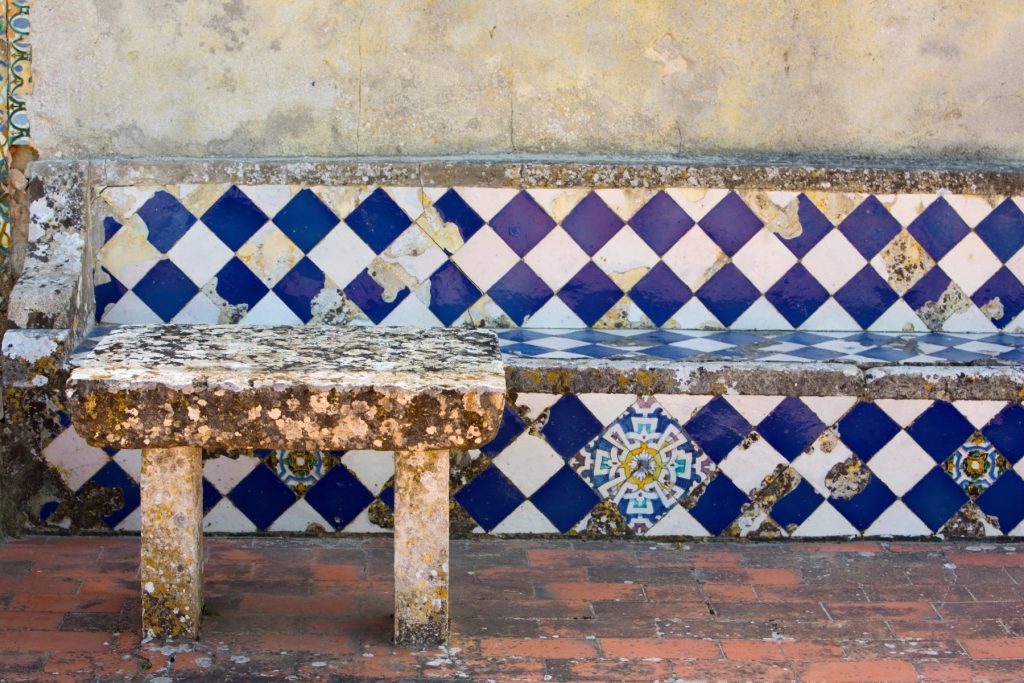 Brás de Albuquerque, a great traveller, purchased the quinta (farm in Portuguese) in 1528. Over the course of his voyaging he’d acquired a taste for Italian and Indian esthetics and commissioned a villa using elements of these styles. Completed in 1554, it combines arch-lined galleries open to the gardens, the walls covered with exquisite azulejo referencing Biblical episodes attributed to Francisco de Matos. The palace formed the backdrop for fashion shoots in magazines such as Vogue in the 1950s and featured in Country Life in the 1960s.

The arid climate means there are no flowering plants in the gardens. Despite this they’re remarkably ornate. Arranged around a central fountain, each parterre displays a different pattern grown from boxwood with a distinct meaning. The letter ‘R’ at the center of onesymbolizes rei, the king of Portugal. A large reflecting pool inspired by Indian sensibilities is a focal point of the garden. Two feet high retaining walls mean the water level is unexpectedly high and reflects the surroundings more clearly. Just beyond the courtyard is an orange grove, a reminder of the Arabic influence in Portugal. The Iberian Peninsula came under Arab rule in 711 and Portugal remained under Arabic rule until the 10thcentury.

A visit to the Bacalhôa Winery in Azeitão offers the best of Portugal – tradition, modernity and innovation, and a bottle of their muscatel makes a wonderful souvenir. 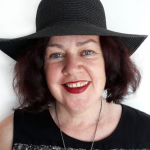 Lisa Morrow is a Sydney born sociologist, travel writer, and author of three books about her life and travels in Istanbul and Turkey. She currently splits her time between Istanbul and Lisbon and writes about food, wine, culture and travel for print magazines and websites. When Lisa isn’t writing she’s sampling as many different types of red wine as possible, trying to learn Portuguese and daydreaming about her next travel destination.