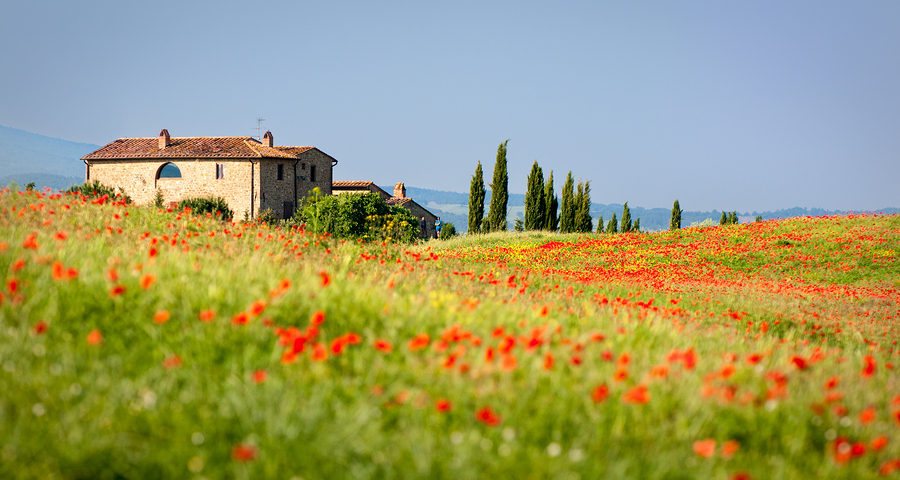 Today, April 1, I have arrived in Italy to shore up my deals…and to find new deals at Italy’s largest annual wine fair, VinItaly in Verona. 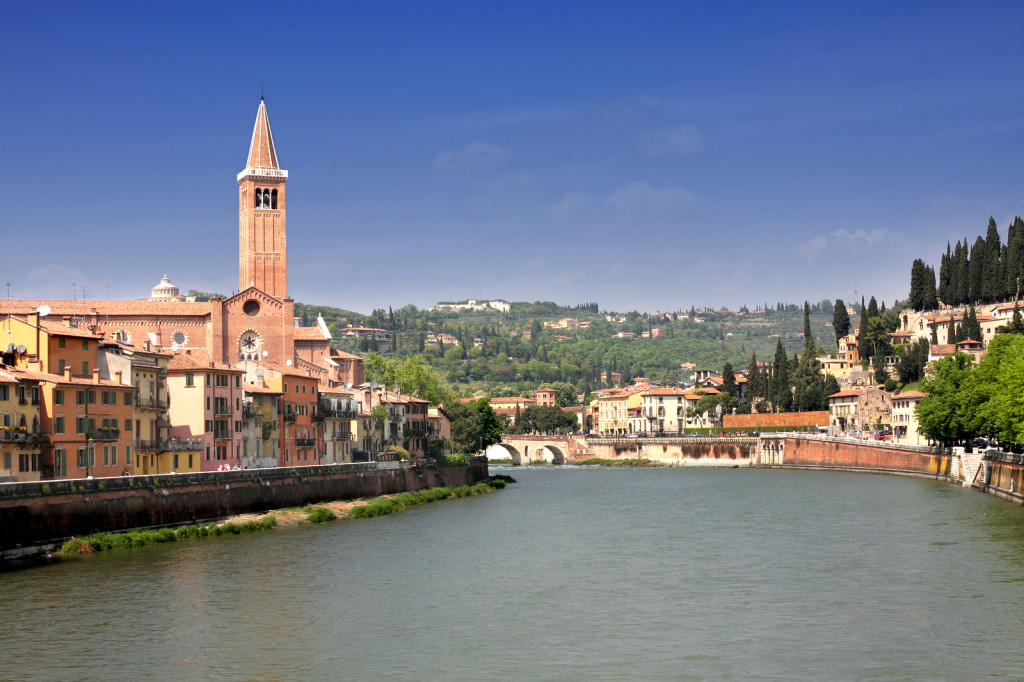 I just wanted to let you know what to expect from dRosengarten.com over the next ten days as I, with no complaining whatsoever, travel the boot.

When I went to Tuscany in October 2013, I was on the hunt for older Tuscan reds. I found ’em!…particularly in the region of Montepulciano! But I discovered other treasures, young and old, in such interesting places as Colli Senesi, and the up-and-coming Montecucco. 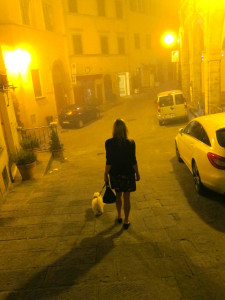 Next came Emilia-Romagna (hope you saw my regional food-wine story in November 2013, which practically went viral on Forbes!) This region, I’m convinced, produces “the next big thing” in the U.S.—dry, fizzy, red, deliriously delicious Lambrusco (there are many types), which is the best all-purpose accompaniment to Italian food that I know of. I tasted hundreds of wines while I was there…and selected five Lambrusco producers to import, all the highest-quality stuff. You’ll be seeing the Lambrusco flow soon! 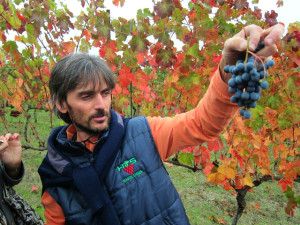 Lastly, in Sicily, I found some great producers of my favorite red wine from southern Italy, Cerasuolo di Vittoria. One of them also produces miraculous sparkling wine…a rosé called Mimi, made in the Methode Champenoise, from the light local red grape Frappato. All on the way! 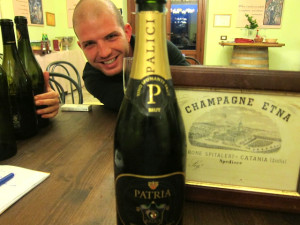 This Friday, I will make my way to Verona where thousands of Italian wines, including these, will be gathered at VinItaly. Oh, I may spend a little time exploring the Veronese cuisine—the best bollito misto I ever had was in Verona—but mostly I’ll be tasting new vintages from old friends, and closing deals. 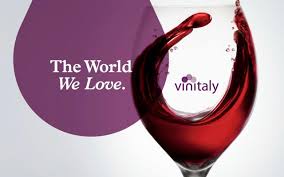 Starting today, however, I am touring the western jewel in the Emilia-Romagna crown, Piacenza—historic home of great palaces and gardens (not bad in spring!). I’m also eager to tear into the Piacenza variation of Emilia-Romagna cuisine, because the latter is my passion. Today is my first day in the city, so I’m not a specialist yet…but here’s some research from Wikipedia on Piacenza cuisine:

Piacenza and its province are known for the production of seasoned and salted pork products. The main specialties are pancetta (rolled seasoned pork belly, salted and spiced), coppa (seasoned pork neck, containing less fat than pancetta, matured at least for six months) and salame (chopped pork meat flavoured with spices and wine, and made into sausages). 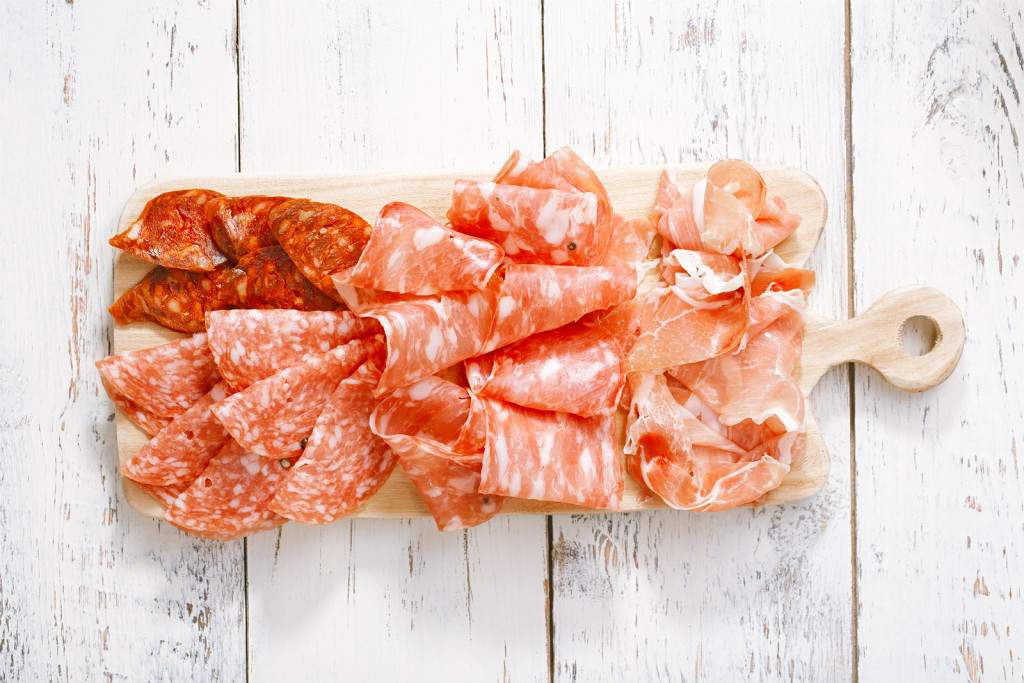 Bortellina (salted pancakes made with flour, salt, and water or milk) and chisulén (torta fritta in Standard Italian; made with flour, milk, and animal fats mixed together and then fried in hot strutto, or clarified pork fat) are the perfect coupling of pancetta, coppa, and salame, but they are also good with fat cheese, particularly Gorgonzola cheese and Robiola.

Pisarei e fasö is a mixture of handmade pasta and borlotti beans.

Among the culinary specialties of the Piacenza region (although also enjoyed in nearby Cremona) is mostarda di frutta, consisting of preserved fruits in a sugary syrup strongly flavored with mustard. Turtlìt (tortelli dolci in standard Italian), or fruit dumplings, are filled with mostarda di frutta, mashed chestnuts, and other ingredients, and are served at Easter.

Turtlìt are also popular in the Ferrara area. Turtéi, a similarly named Piacentine specialty, is a kind of pasta filled with spinaches and ricotta cheese, or filled with calabash.

Piacentine staple foods include corn (generally cooked as polenta) and rice (usually cooked as risotto), both of which are very common across northern Italy. There are also locally produced cheeses, such as Grana Padano, though nearby Parma is more famous for its dairy products.

However, this being Italy, where there’s food…there’s also wine!!! I’ll be combing the Colli Piacentini for wines, particularly red, that go brilliantly with food. I’m told that the most traditional local DOC is Gutturnio, a blend of Barbera and Bonarda; I want it! I’m already familiar in the U.S. with a brilliant local red from a winery called La Stoppa, which ages into cascades of horse-sweat magnificence. I want to find the new La Stoppa! 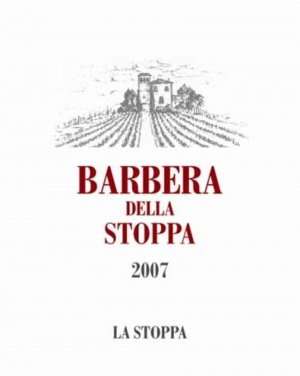 And on Tuesday, April 8, I’ll fill you in on magical food moments of this trip.

There may be still more after that, depending on what I find.

I sincerely wish you could come with me…but this’ll have to do for now!