My 5: Vilest Misconceptions About Wine

One of the reasons I so love traveling in Europe: the ease and naturalness with which wine is treated at all levels of society there. Europeans seem to know, intuitively, that during a meal you have your bread, your butter, your fish, your produce, your meat, and you have your wine. No ceremony needed!

I observe that Americans have not yet reached this state of grace. For starters, about 90% of Americans do not have wine with their meals on a regular basis. But even among those who do…misconceptions are rife about wine…misconceptions which, in my opinion, can do nothing but obstruct the progress of America on its road to becoming a wine-drinking nation!

Here are five of the most common, and destructive, misconceptions about wine:

1) The most expensive wines are the best wines. 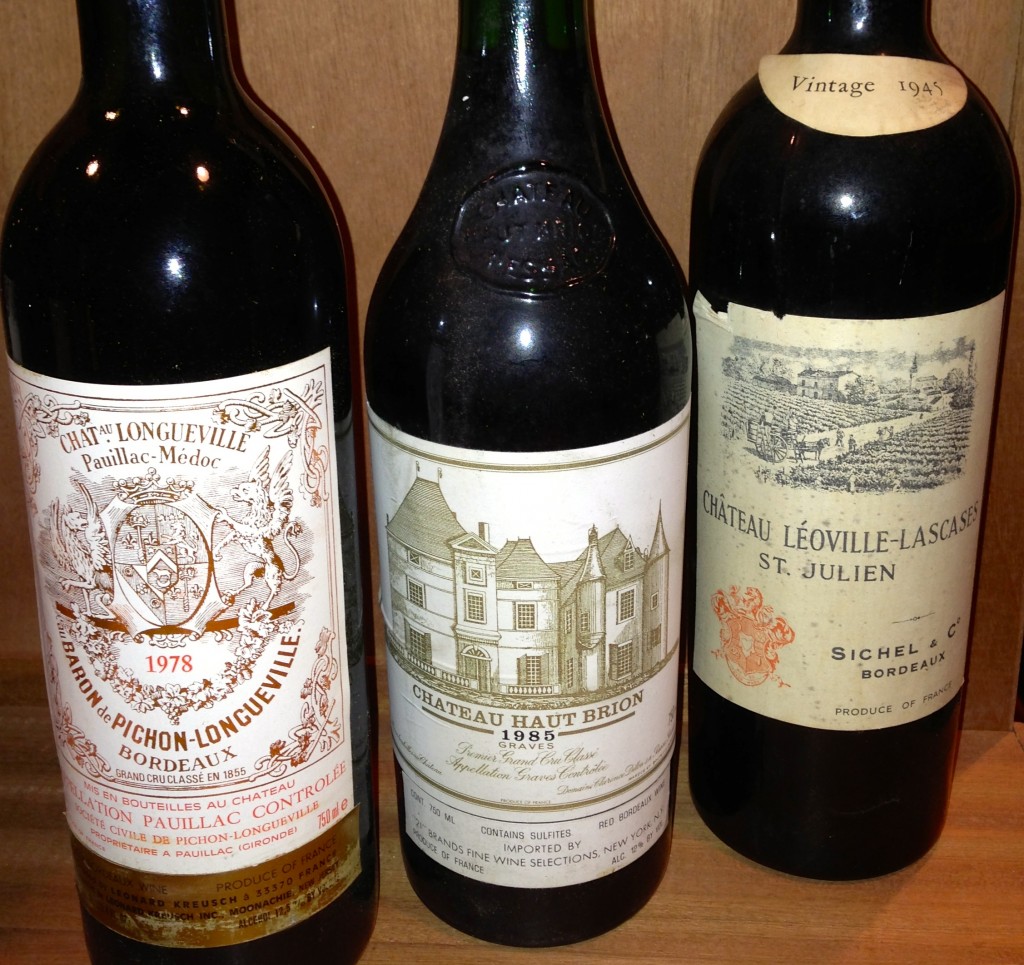 I’m not even sure how to address this one…a ridiculous point of view that resonates throughout our wine culture. I can only tell you that when I’m on the road with American wine importers, and great little bargains are shown to us that might cost the importer $3 a bottle, the typical importer response is “Nah…I could never sell that…not expensive enough.” Then we go to a bistro, or tasca, or trattoria for lunch…and we soak up the cheap, local wine, which goes perfectly with the food, and makes us all so happy. And we watch every local diner at the same restaurant doing and feeling the same. It’s the way wine is supposed to be! Last year, after my return from a wine trip, one of the most pompous wine amateurs I know asked me where I’d been. “Beaujolais,” I beamed, because I love the simple, food-loving beauty of Beaujolais. The fact that at retail in America it still hovers around $10 a bottle only makes it better for me. “Yuk,” he responded.” I would never ever even drink Beaujolais.” And he walked off to his muscle-bound $100 bottle of young Barolo. The truth: most of the wine I taste that’s supposed to be great, that has 99 million points from Parker, is simply not as good for my food and my mood as excellent examples of cheap wine, matched well.

2) The “best” vintages yield the wines you want to drink. 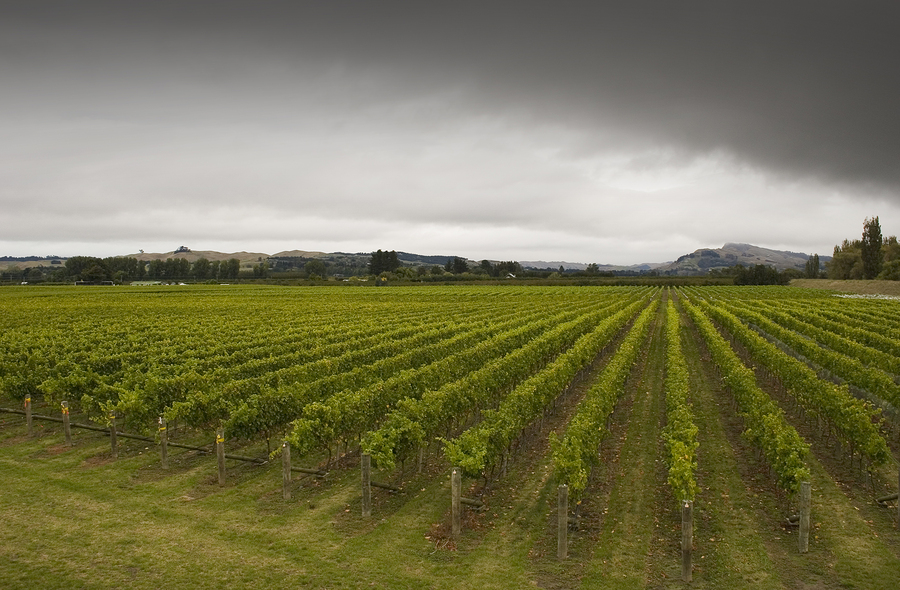 The kind of vintage that suits ME

Here we go again. The wine-drinker looks at the vintage chart for, say, white Burgundy. He or she sees high scores for some years, lower scores for others…and, usually, tries to buy or order wines from the higher-scoring vintages. This goes on every day…but the vintage-chart makers rarely reveal why certain vintages get higher scores. It is almost always the same reason: those vintages had hotter weather, more sunshine, and the grapes developed higher potential for alcohol. In our wacky wine culture…bigger somehow got to be better. Screw the vintage charts. Do you want a “big” wine when you’re eating something light? I’ll never forget sitting in Paris in August 1984 with Alain Dutournier, great Gascon-born chef. It was pouring outside while we ate. “I hope the rain keeps up,” he said. I asked why. “Because then we’ll have a vintage for us. The last two vintages were for the Americans!” Think about it. My pompous wine friend did not, when I asked him last year to bring to a dinner party some Chablis for oysters. He brought, of course, Grand Cru Chablis from the biggest, fattest, most sun-gorged, highest-rated vintage of the last decade in Chablis, 2003. Yuk! It was like pouring pineapple juice on your oysters! Give me a brisk, crisp and crisp little Chablis from 2010! 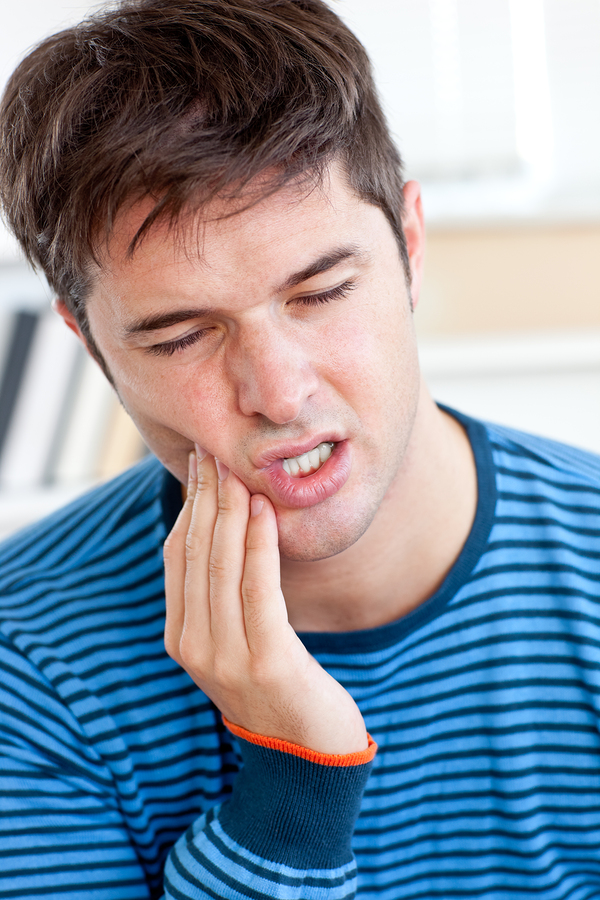 A typical response to what some people consider “good wine”

Believe it or not, these words were uttered to me in California a few years back by a wine professional. And, most unfortunately, the words reflect the way that many West-Coast-oriented American wine-drinkers feel. My theory is that in the 1970s/1980s, Americans were asked to accept the foreign notion that, at dinner, on top of food costs, they should spend even more money on a bottle of wine. There was resistance at first (and many still resist)…but a certain type of drinker started believing that if you could perceive the “extra stuff” in a bottle of wine, you could more easily measure its value. So wines that “hurt”—that is, wines with high alcohol, or lots of oak, or unbearable tannin—began to be perceived by neophyte drinkers as wines that are “worth it.” The tragedy is that we never had a voice in this country to tell them how a classic European knows when a wine is good: when it demonstrates balance, harmony, refinement, finesse. Alas…those virtues are much more difficult to perceive. 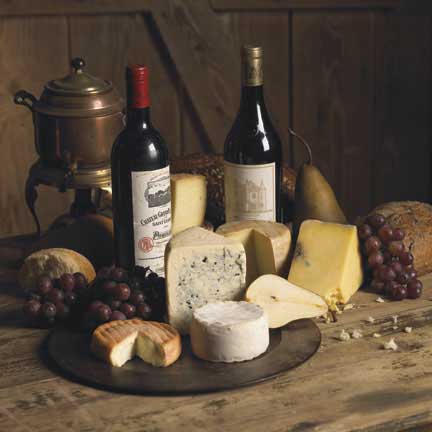 A “romance” destined for “tragedy”

My point of view always has some oeno-evangelism in it; I want my fellow Americans to love wine as much as I do. So I fret every time I see yet another know-nothing source proclaiming that wine and cheese are soulmates. A little learning is a dangerous thing: though there are some wine-and-cheese matches that gladden the palate…for the most part, I find cheese one of the most difficult foods to match with wine…particularly red wine! But that’s the biggest misunderstanding within this misunderstanding: so many are told to drink red with cheese. Have you ever had a red Burgundy with some of the great cheeses of the region, like Epoisses? They often make a glorious goblet of Chambolle-Musigny taste like some fulsome pit of moldy tobacco. All creamy cheeses, and all washed-rind cheeses, are murder on elegant red wine. Firm cheeses are better, but still risky. White wines are generally best with cheeses, though caution is still needed. Sweet wines (like Sauternes, or Tawny Port) are probably the most reliable of all. But this message rarely gets through—and every time someone jumps off the romantic wine-and-cheese cliff, I worry that we’re losing yet another potential wine-drinker.

5) The sommelier is a monster, and tasting the wine in a restaurant scares the hell out of me! 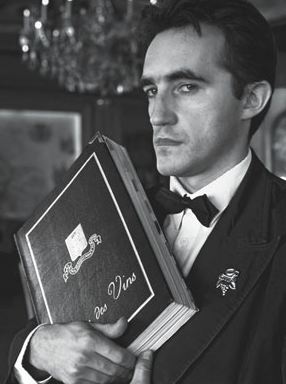 Oenophobia, I call it…and a big part of it is fear of the sommelier. Wine is far, far too often a social crucible, and many people feel that a discussion with a sommelier in a restaurant is going to ruin them in front of the other diners. First of all…if you don’t know the subtleties of the sub-regions of Rioja…who cares? So what? That’s the sommelier’s job. Do you feel bad if you don’t know the ins and out of…stamp-collecting? So why does wine spook you? Secondly, the sommelier is working for you! His or her job is to get a sense of what you like, and find you an appropriate bottle of wine. Of course, we all have to put up with what some consider the awkward crucible of “tasting” the wine before it’s poured…but that little life moment should not be awkward at all! You’re not being asked to assess like an expert, and utter some choice bon mot like “the nose is a brilliant paradox!” You are simply being asked to agree that the wine is healthy. That’s it! And there are just three major ways in which a wine can be unhealthy. If you know them, and you smell the wine (only smelling is required!)…you’ll know immediately whether it’s healthy or not:

B) It should not be “oxidized” (you’ll recognize the related smell of a cut, browning apple sitting on the counter for a few days)

C) It should not have the smell of “volatile acidity” (often characterized as vinegary smell, or the smell of nail-polish remover)

Give that glass a quick swirl, a quick sniff…and, if it’s free of these three defects, just say “it’s fine.” That’s it! Really!

In fact, “fine” is a good wine word to live by. Do you read War and Peace every day? No. You probably read the newspapers, or a good spy novel. You probably save masterpieces for special occasions. Why do we need masterpieces in every glass? “Just fine,” in wine, is fine! Really!