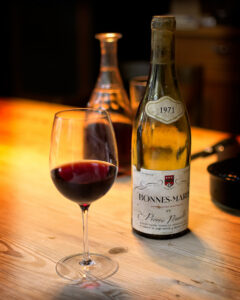 For many fine wine lovers, Burgundy is the “holy grail,” the ultimate reference point by which all other great wine regions are measured. Almost all Burgundy (‘Bourgogne’) wines are either reds made from Pinot Noir or whites made from Chardonnay. Sounds simple, right? Despite this, Burgundy has remained an intimidating topic for new wine aficionados, whose “take away” on the region is often that its various appellations are complex, particularly as they relate to quality and price. More importantly, Burgundy wines are made in different styles. Work done in the vineyards and winemaking methods are both critical to how a wine’s style is articulated in the bottle. Different winemaking methods result in a contrast between traditional and modern styles, with the former underscoring finesse and elegance, the latter power and heft.

Of the world’s great wine regions, Burgundy is the best example of the concept of terroir, a term that comes from the French expression goût de terroir (‘taste of the earth’). Broadly speaking, terroir is a vineyard’s unique combination of soil, topography, climate and microclimate: all physical and environmental factors that affect the vine. Terroir also encompasses the character of the vintage and the winemaker’s hand. Many Burgundy winemakers feel that their wines express a specific vineyard’s terroir through Pinot Noir or Chardonnay. Traditional winemakers take a “non-interventionist” approach in the winery, manipulating the wine as little as possible to preserve a pure vineyard expression in the wines. Alternatively, modern-style winemakers employ techniques that produce burly, powerful wines with loads of structure, ripeness, and tannins. Traditionalists criticize these wines as “fruit bombs” that show no sense of place because modern methods trump terroir characters. To be fair, not all modern style wines are simple, “jammy” and confectionary, without terroir characters. 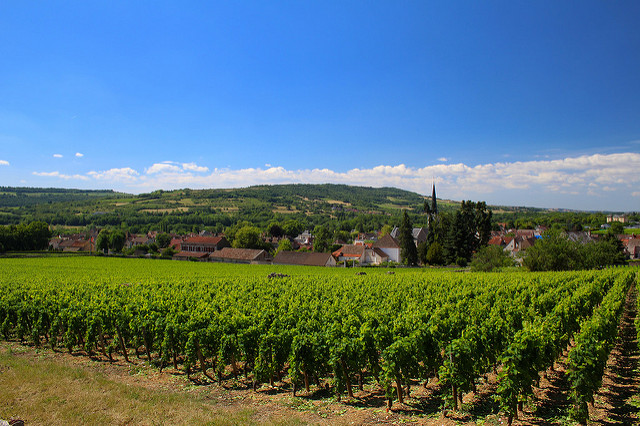 Similar to almost every great wine region over the past four decades, Burgundy has seen an evolution of winemaking methods. In the 1980s, many in the wine trade felt that traditional Burgundies had become thin, lacked structure and were not expressive enough. Notable U.S. importers took steps that they felt would improve quality, advising their Burgundy domaines to stop fining or filtering their wines before bottling, a common practice at the time. Some importers pushed producers to use new oak barrels for aging. During this period, enologist Guy Accad introduced modern winemaking methods at several revered Burgundy domaines. Accad preferred late picking and extended pre-fermentation maceration, or “cold soak,” for 7-10 days, to obtain wines with more color, texture and richer aromas and flavors. At the time, critics claimed that Accad’s methods could not make wines that could age, however, after years in bottle, mature examples have disproved this. 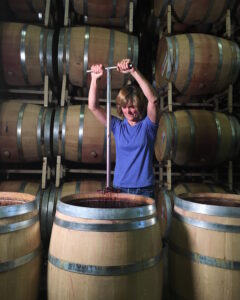 Denise Shurtleff of Cambria Wines doing the punch down

It may come as a surprise to many traditional Burgundy lovers that Accad drew inspiration from the late Henri Jayer, a legendary winemaker and one of Burgundy’s most influential figures. Jayer stressed very low yields, pre-fermentation “cold soak” maceration, totally de-stemmed fruit and aging in 100% new French oak barrels. Provided they have the tannic structure to withstand it, wines aged in new oak barrels evolve faster than those matured in large, neutral vessels. Other winemaking methods commonly used to make modern style wines are: frequent punching down (pigeage) and pumping over (remontage) to enhance the extraction of color, flavor, and tannin from the cap of solids which forms at the top of the tank during fermentation; extended and post-fermentation maceration to maximize extraction; use of commercial yeasts which support higher fermentation temperatures but which negate native yeasts from the vineyard which are unique to each vintage. On the whole, modern methods help produce dark-hued wines that are ripe, dense and full-bodied. They often exhibit a creamy/viscous texture, bold tannins, and high alcohol.

Traditional winemakers prefer fermentation with whole grape clusters, which include some or all of the stems, and native yeasts. Winemakers feel stems impart lighter color, greater freshness, aromatic and flavor complexity, and silkier tannins. Native yeasts vary with each vintage and help the wine to convey a faithful rendition of the vineyard. Maceration time is kept short to medium to avoid over-extraction. The use of mostly old, neutral barrels for aging contributes little to no wood tannins, but lends a soft micro-oxygenation to the wine, enhancing its delicate aromas and flavors. Traditional Burgundies are remarkably expressive, ethereal and profound wines of nuance and finesse, whether it’s a meaty, gutsy Gevrey-Chambertin with black fruit, mineral, and earthy notes, or a graceful, gossamer Chambolle-Musigny with red fruit, blood orange, and umami notes. The criticism against staunchly “old school” traditional wines is that they need a decade or more in the bottle to unpack and soften, otherwise they’re tough as nails.

Finally, the pendulum of wine styles in Burgundy has swung back. The majority of Burgundy domaines select from both traditional and modern winemaking methods. There are a few examples of stubbornly traditional and modern producers, respectively, but most Burgundy winemakers now work somewhere in the middle. They continue to learn, evolve and refine their methods.