A Range of Lip-Smacking, Dry Rosés from Unexpected Places and Grapes

Rosés from Provence are no longer the only game in town and they’re no longer just for Summer. Delicious Dry Rosés now come from a range of unexpected places and grape varietals and can be enjoyed all year long. We’ll take you on a little tour of where to find them! 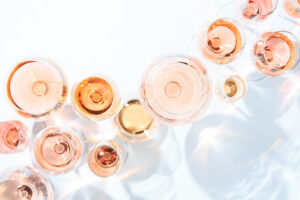 Over the past few years, consumers in many U.S. markets have developed a preference for dry rosés in the summer. Nearly every time a consumer walks into a wine shop to buy rosé, they prefer dry styles. In addition, major cities and smaller towns alike have evolved into “year round” rosé markets. From southern France, the expressive, floral aromas and elegant palate flavors of Provence rosés have made them quite popular. However, these are just one option among many. Today, excellent roses come from a range of unexpected places and grape varieties and are enjoyed all year long.

Wine enthusiasts have discovered structured, robust rosés from relatively unknown regions within southern France. Unlike the subtle elegance of Provence, these wines are among the “biggest” rosés from around the world, able to stand up to assertive flavors and age well over time. Both of these attributes stem from the fact that the majority of these wines are a blend of some fairly robust and heavy-hitting red grapes, namely Grenache, Mourvèdre and Cinsault. For example, rosés from Château Pradeaux, Domaine Tempier, and Château Simone, from the Southern France appellations of Bandol, Tavel and Palette, respectively, can mature and evolve well for many years. Despite being firmly medium-bodied, these wines show balance and finesse. Aside from being perfect summer sippers, these wines also have the structure to pair well with strong flavored dishes, which makes them great “year round” rosés. 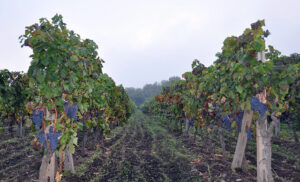 At the northern end of Italy just below the Alps, are the regions of Alto Adige and Valle d’Aosta. Indigenous, cool climate Lagrein, Teroldego, Gros Vien and Neyret grapes have loads of spice-inflected personality. When transformed into rosés, these varieties make wines with cherry and wild strawberry aromas, which drink just as easily as they pair with food. The Alto Adige and Valle d’Aosta regions produce high quality, easy to drink wines by combining cool, high altitude growing areas with relatively robust, tannic grape varieties.

From Spain, a rosé that has shown remarkable consistency from year to year comes from the family-owned and operated Bodegas Muga in Rioja Alta. The Rioja wine region has built a formidable reputation on its red wines. In style, the Muga Rosado, made from Garnacha, Viura, and Tempranillo grapes, falls between an elegant Provence and a sturdier Bandol or Tavel. A new and delightful rosé is the Flor de Muga Rosé, made with 100% Garnacha. 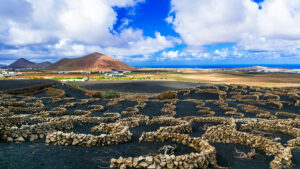 Another fascinating part of Spain is the Canary Islands, notable for high-elevation vineyards with volcanic soils in close proximity to the ocean. Some highlights are the wines produced on the easternmost island of Lanzarote, and the island of Tenerife. All are made from the native Listán Negro variety, whose mineral-laden and spice-inflected aromas and flavors are an amalgam of tart red berry, cinnamon, citrus peel, and forest botanicals. Overall, these characters are unique for rosé. In addition to Sicily, Santorini in Greece, Corsica and Sardinia, the Canary Islands have proven to be a special place with distinctive grapes that can make compelling wines which show their place of origin.

Many California wineries are making remarkable rosés as well by putting their own spin on relatively obscure varieties from Old World countries like Italy, France, Spain and Portugal. Heitz Cellar in Napa Valley makes an excellent rosé from Grignolino, a grape native to northern Italy’s region of Piedmont, best known for Barolo and Barbaresco. Also from Napa, the Matthiasson Rosé is a blend of Grenache, Syrah, Mouvèdre, and Counoise. From the Santa Barbara AVA (American Viticultural Area), Liquid Farm makes a nice Rosé Mourvédre. The Lorenza Rosé is a blend of Grenache, Carignan, Mouvèdre, and Cinsault from Lodi vineyards that are mostly over 100 years old.  Lodi is also home to the light in color OZV Rose. The Edmunds St. John Gamay ‘Bone Jolly’ is made from Gamay, the featured grape in the ten Beaujolais Crus. Broc Cellars North Coast Love Rose is a unique blend of Valdiguie (a nearly extinct variety from southwest France that was planted in California), Zinfandel and Souzao from Portugal. 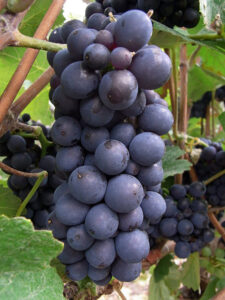 New Zealand producers have quickly built a global reputation for their Sauvignon Blanc and Pinot Noir wines, and now they’re turning their attention to rosés, as well. Atop the South Island, about 70 miles west of Marlborough, the geographic center (‘middle-earth’) of New Zealand is known as The Nelson Tasman region. Middle-Earth Pinot Meunier Rose is made from a grape typically included in the classic blend for Champagne, which is sometimes vinified as a still red wine. This wine’s vibrant, red berry and plum aromas show Pinot Meunier’s spicy edges, yet maintains an overall balance and freshness.

Whether they’re from relatively obscure appellations in southern France, Sicily, regions in northern Italy, Rioja or the Canary Islands in Spain, California or New Zealand, many compelling rosé wines are being created in places other than Provence. Often, these wines result from the combination of structured, Old World grape varieties and distinct, high elevation vineyard sites. Some of these rosés are robust and full bodied in character. Finally, these balanced wines have loads of personality, they’re easy to drink at any time of the year, and they pair well with a variety of flavors. What more could you want from a wine?

Wines To Look For: