Honoring the Rich History of Chocolate 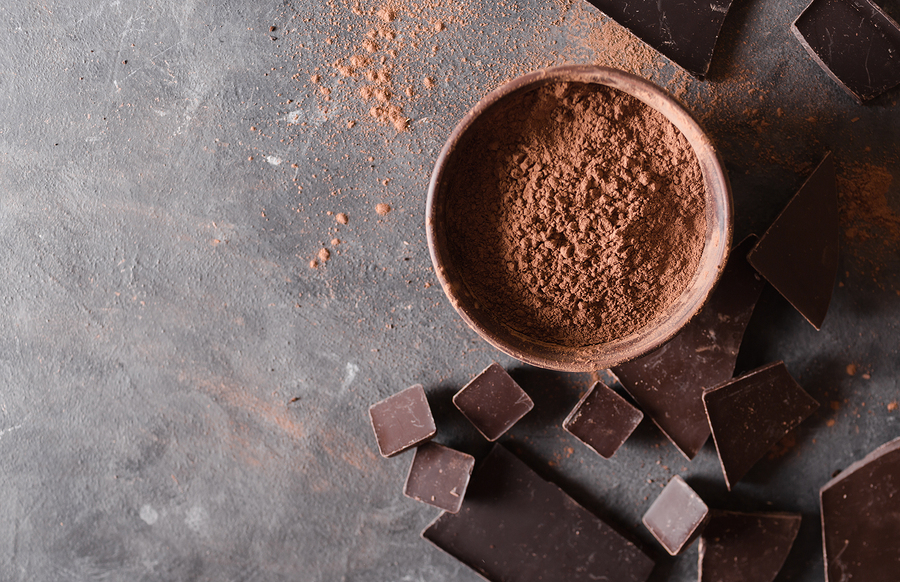 Halloween is quickly approaching, resulting in people flocking to their local stores to buy candy for trick-or-treaters. Studies indicate that chocolate is far and wide the most popular Halloween treat, and for good reason. People have been enjoying chocolate for over 3,500 years. Cacao, which is the base of chocolate, was given the Latin name Theobroma cacao, which translates to “food of the gods.” Its rich history journeys around the world, from the ancient Aztecs to World War II soldiers, and even venturing into outer space.

From Currency to Chocolate Bars

Dating back to the early 1500s, cacao was often used as a form of currency during the Aztec Empire; merchants traded beans for goods, while lower quality beans were used to make a frothy cacao drink. Christopher Columbus’s run-in with Mayan cacao traders in Honduras sparked his interest, and although the famous explorer is most well-known for discovering America, he is also responsible for bringing cacao to Europe.

Originally consumed as a drink similar to coffee, chocolate finally developed into what we now recognize as chocolate—the process of separating cocoa butter from the cacao bean was invented in 1828. This allowed for the creation of both powdered cocoa and solid chocolate, and is responsible for the development of the first chocolate bar. The rest, as they say, is history.

While many mainstream companies have strayed far from chocolate’s roots, there are a few who seek to go back to the beginning, utilizing chocolate in historical and healthier ways. One such company is RAU Chocolate, which takes its inspiration from chocolate’s Mayan heritage. Once touted as a vital nutritional substance, cacao beans were said to allow for a person to walk all day without fatiguing. Today, added sugars and heat processing have turned chocolate into something almost unrecognizable from its original bitter taste.

RAU Chocolate has created a “functional chocolate beverage” that is dairy-free, vegan, non-GMO and fair trade certified. Absent of refined sugars and preservatives, this drink is made from cacao beans and infused with pure, organic spices. It’s available in flavors like mint, cold brew mocha, salted caramel, bold original and semi-sweet. A substitute for your morning coffee or afternoon tea, these cold chocolate beverages are packed with antioxidants, plant-based fats and theobromine (similar to caffeine)…a tasty alternative to your typical pick-me-up. 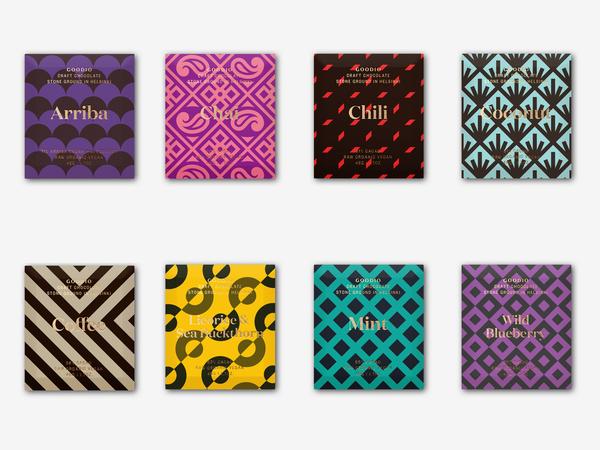 Similarly, the creators of Finland-based Goodio Chocolate realized that chocolate no longer contained the health benefits it was once so well known for. Looking to the past, they realized that raw cacao is something that the people of today shouldn’t overlook. After all, it’s part of world history. Goodio creates chocolate bars made with raw cacao and fuses them with unique flavors like wild blueberry, licorice and sea buckthorn, chai, and more. Using a “bean-to-bar” process, Goodio sources organic, non-GMO raw cacao from South American and African farms, and uses products locally sourced from Finland as often as possible. Sweetened only with Indonesian and Sri Lankan coconut palm sugar, the chocolate is minimally processed in order to keep the ingredients as close to their natural state as possible.

And while every chocolate lover out there is familiar with Mars, its American Heritage Chocolate brand is much lesser known. The company began around twenty years ago when a group of historians decided to research the history of chocolate and create a recipe for chocolate based on 18th century products.

The brand could only be found at some of America’s most important historical sites (which include places all over the country, like the New York Historical Society, Colonial Williamburg, Fort Ticonderoga, Thomas Jefferson’s Monticello and The Betsy Ross House, to name a few), where chocolate’s historical tie-in could be explained and enjoyed. Now rebranded, the company, for the first time, is available to the masses. The much-researched chocolate bar consists of flavors often found in chocolate recipes of the 1700s, such as cinnamon, anise, nutmeg and red pepper.

Now their products have expanded to other popular historical takes on chocolate, like smaller tasting squares, finely grated chocolate for cooking and baking, and gourmet hot cocoa. But American Heritage Chocolate is not only dedicated to recreating modern takes on original, classic recipes; they also conduct educational presentations and chocolate-making demonstrations at their partner sites. They have also authored educational books on chocolate, including Great Moments in Chocolate History, Chocolate: History, Culture and Heritage, and Great Moments in World History: Global Stories Where Chocolate Sparked Discovery, Innovation, and Imagination!) 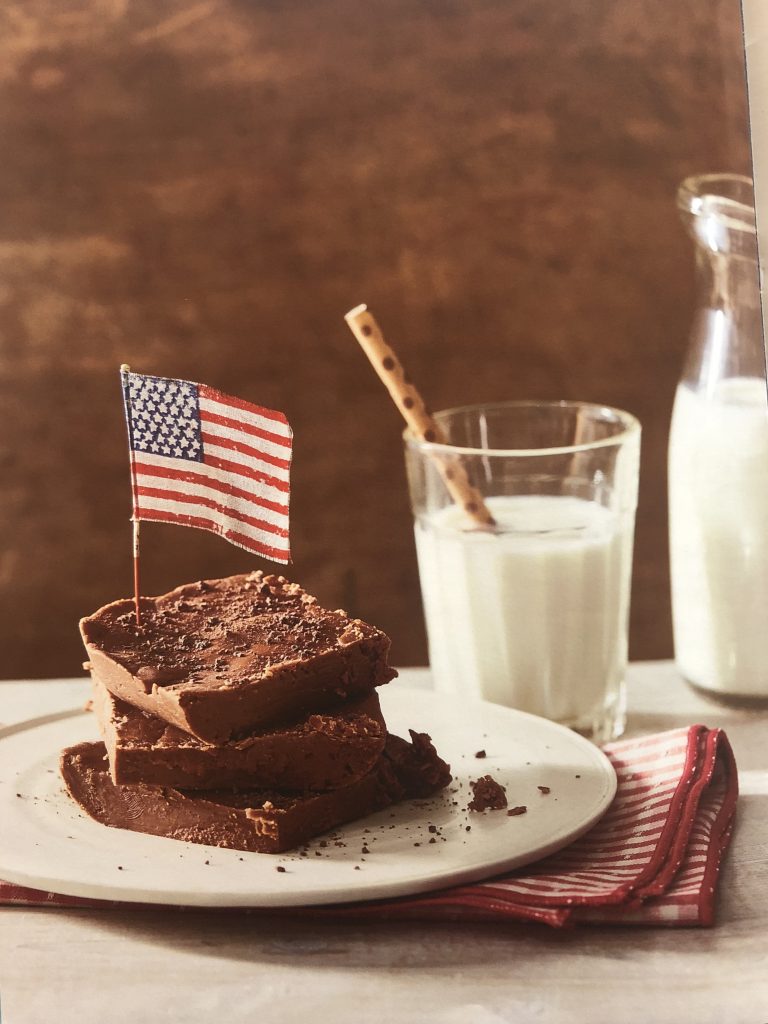 Next time you’re about to sink your teeth into a bite of creamy chocolate, remember its unique and intriguing history throughout time around the world. Look to brands like RAU Chocolate, Goodio Chocolate, and American Heritage Chocolate, who pay homage to the history of the “food of the gods.” And try your hand at a classic old school fudge recipe from the New York Historical Society’s BV Cookery for more classic chocolate taste!

Butter the size of a large egg (about 4 tablespoons, with extra to grease the pan) 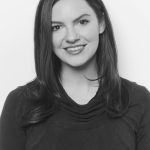 Amanda Mactas is a writer whose food-focused work has appeared in outlets like The Daily Meal and Chase. She currently serves as an editor at Bella Magazine and is the founder and editor-in-chief of the lifestyle blog Manhattan with a Twist.