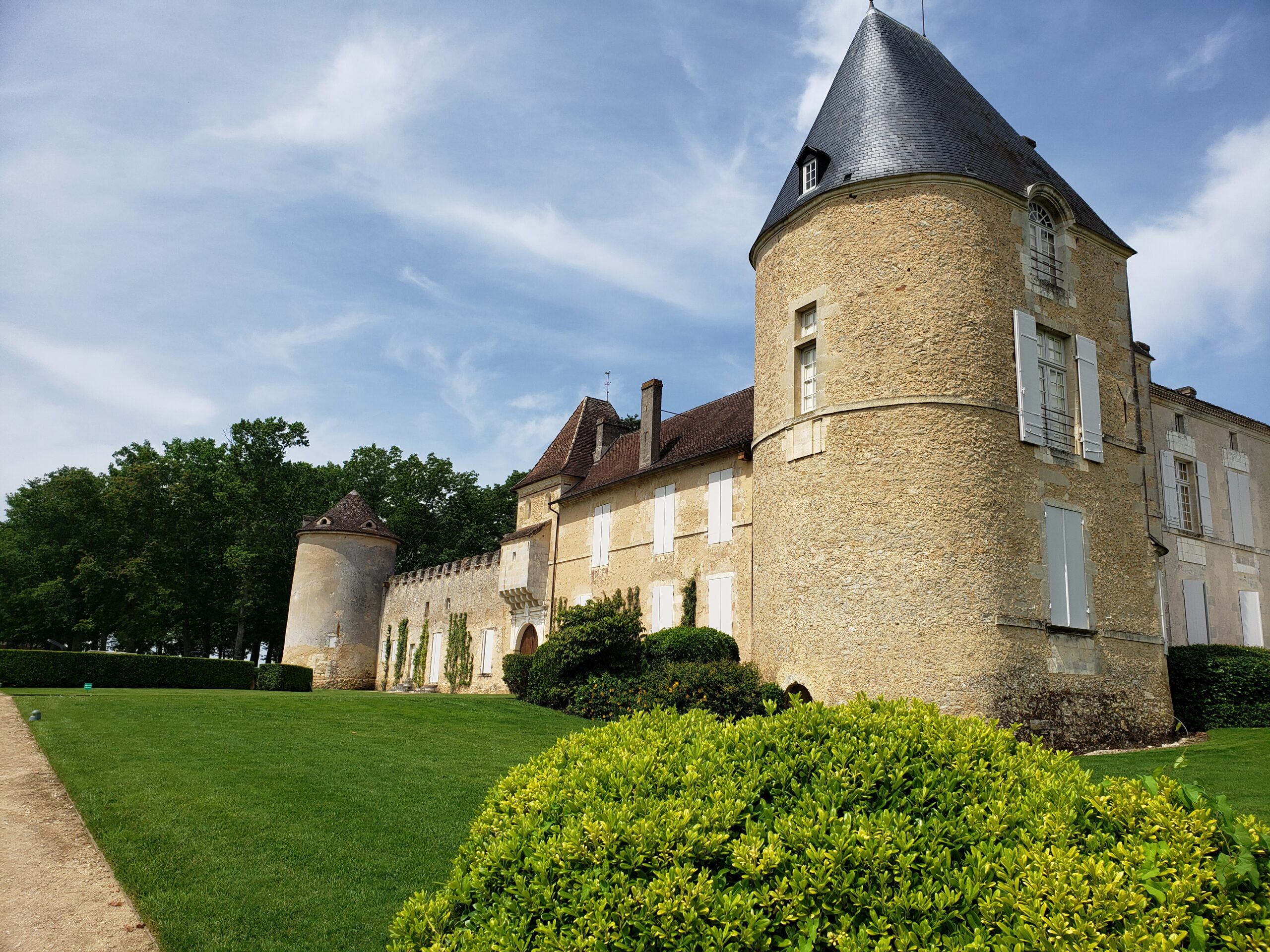 The world where the sweetness of Sauternes wine resides is hidden to most. Time has stood still in most of these tiny vineyards; it’s time to shine a light on the traditions and weird science of this golden nectar.

There are only 182 producers of the sweet wine Sauternes in the five permitted appellation municipalities in Bordeaux, included because of the unique microclimate which allows the grapes to thrive. Every part of the harvesting, pressing, fermenting, and barrelling is done by hand; it’s literally a labor of love, and despite the cost and uncertainty, that’s why the tradition continues.

The specific regional climate conditions – proximity to rivers, cool nights with heavy dews, morning fog, and sunny afternoons – are what allows the “noble rot” fungus, Botrytis cinerea, to thrive. The Botrytis cinerea covers the grapes and removes most of the moisture, resulting in a concentrated sweetness that provides a very small amount of juice come harvest time, when all grapes are collected and slowly pressed manually. Each grape vine only produces one glass’s worth of wine, at best. 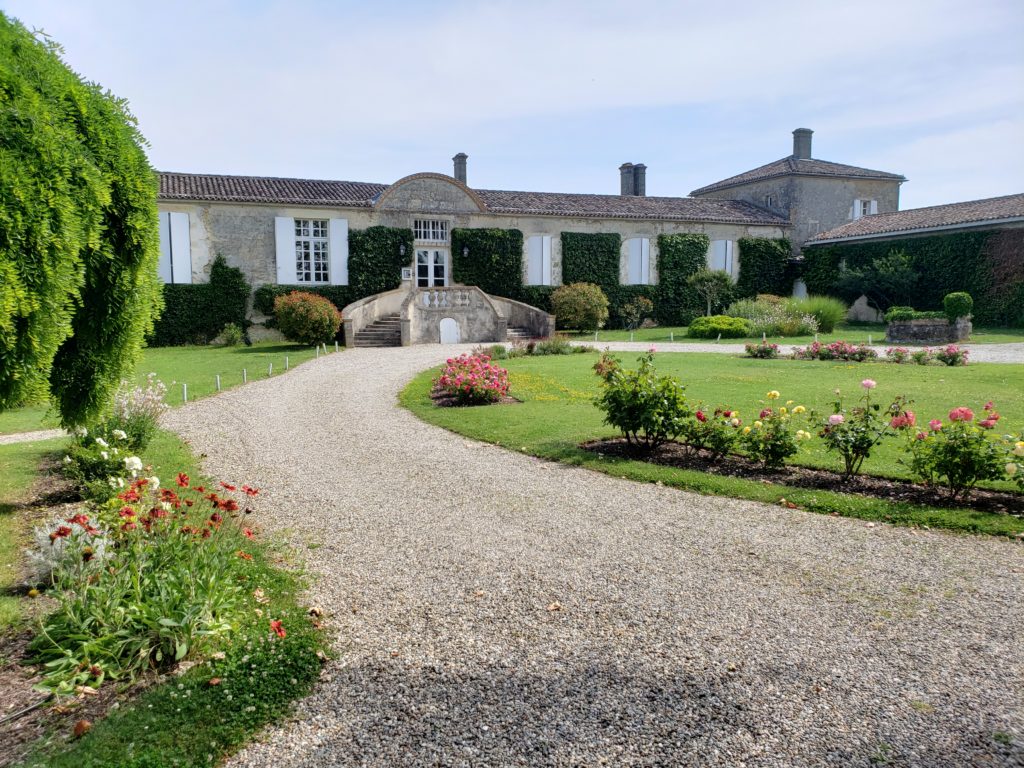 Everything comes down to chasing that perfect drop of elegant sweetness. After the juice is painstakingly pressed and fermented into wine, it’s aged in French oak barrels (a combination of new and old) for 12-36 months, and then each vintage is blended by hand, after trial and error, with other barrels of the same year to create the perfect elixir that tastes like concentrated golden sunshine.

A Trip to Château d’Arche

Before I had the opportunity to visit a working Sauternes-producing vineyard, I thought it was defined only by its high sugar levels. Visiting Château d’Arche as arranged by the luxury barge hotel, the Saint-Louis, opened my eyes to the possibilities and subtleties of what Botrytis cinerea can accomplish with this unusual wine making process.

“We think that guests benefit from such tours as they wouldn’t generally find them if travelling the region as regular tourists,” says Peter Carrington, co-owner of the Hotel Barge Saint Louis. “They probably wouldn’t realize the story to be heard regarding Sauternes and Château d’Ache.”

It’s a gateway experience to begin a pursuit or obsession into this unique wine. Château d’Arche not only welcomes tours from day-trippers like the guests of the Saint-Louis, but is also a hotel providing a luxury rural Bordeaux experience to tourists and locals alike. Helene Morio, the public face of Château d’Arche, notes that the vineyard and hotel has been up and running in its current incarnation since 2002, and sees about a thousand visitors a year. “About 90% are tourists but we also have visitors coming from the region,” she adds.

Château d’Arche just finished the 5-million-euro construction of a new, eco-friendly winery that educates more visitors in a larger, more comfortable space built as an environmentally sustainable facility. Ms. Morio predicts that such tourist-focused spaces in the area will help spread the word about the area’s star wine, opening up minds and palates and ushering in the modern age of Sauternes sophistication. 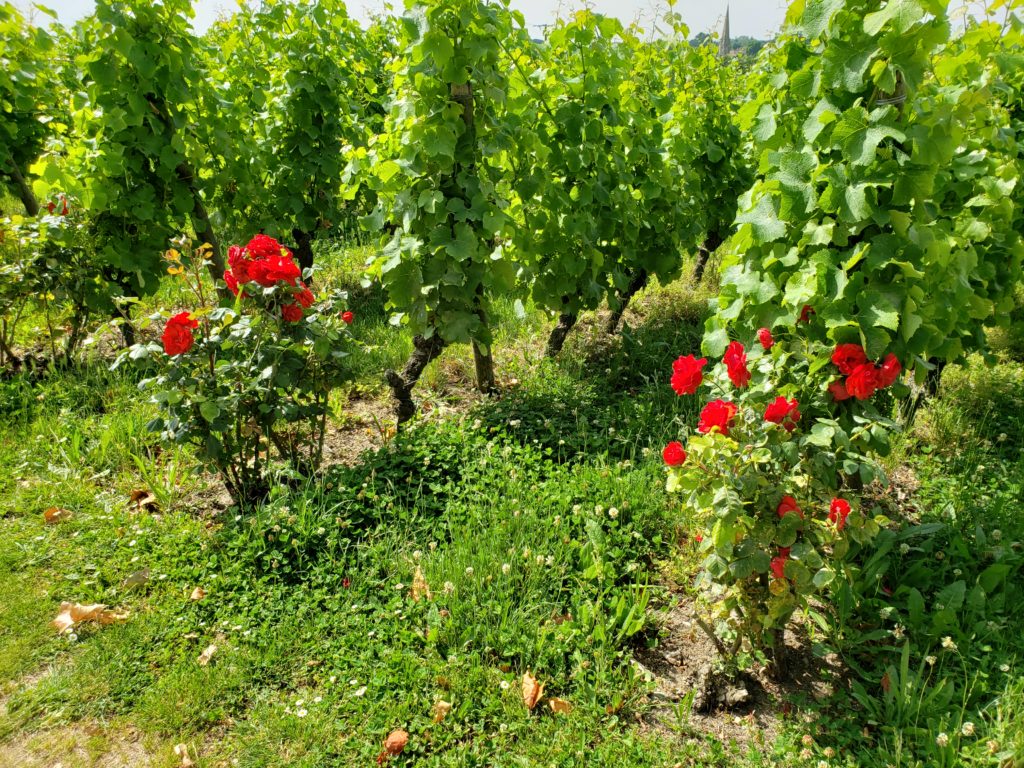 Down the road from Château d’Arche is a Sauternes vineyard, winery, and castle that is almost too beautiful to be real – the 400-year old Château d’Yquem. It’s like the Disneyland of Bordeaux wineries, with a ridiculously gorgeous garden, a well maintained yet rustic looking ancient castle, and a panoramic view of the Bordeaux valleys below. The elegant, almost cave-like visitor center is backlit through the golden liquid in the Sauternes bottles displayed in a soaring wood feature that looks like barrel staves. The equally stunning grounds have been occupied since the Middle Ages, and the vineyard’s history stretches back for over 400 years, through multiple generations of the founding family.

After the Sauvage family scion and newly widowed Françoise Joséphine de Sauvage d’Yquem turned the family chateau and vineyards into a business, royal families from all over the world (like Russia and Japan) sought out the highly prized Sauternes. Founding fathers Thomas Jefferson and George Washington were also mesmerized by the honey-sweet wine. The widow was imprisoned – twice!- during the French Revolution, her great-grandson opened the chateau as a military hospital during World War I, and his grandson after that was a prisoner of war in World War II. But Yquem stood through all that.

It’s now part of French luxury brand LVMH Moët Hennessy-Louis Vuitton and is the unofficial leader of the Sauternes world. The reigning marquis of Yquem in the early 20th century was instrumental in creating and enforcing the rules regarding regional appellation and authenticity of Sauternes.

Sandrine Garbay has served as the Cellarmaster at Chateau d’Yquem since 1998, which means she manages the wine making program from the arrival of the grapes in the cellar until the departure of the wine bottles out of the vineyard. Fermentation, barrel-aging, blending, bottling, and labeling are all under her purview. She notes that the activities around harvesting and fermentation are the most exciting for her, but also is reverential about the blending process. “We really build a new wine [then], respecting the identity of the vintage.”

“Yquem is so special because of its terroir and location,” she says. “The vineyard lays at the exact crossing point between four different types of terroir, which gives consistency and complexity to our wines.”

While the casual wine drinker may never really understand what makes this sweet wine so special, Ms. Garbay says that they are very well known by wine lovers, because they’re very unique and represent one of the best expressions of Noble Rot.

“There is a sort of magic in those wines,” she adds.

With Château d’Yquem’s centuries of tradition anchoring Sauternes’ past, and Chateau d’Arche looking to the future with its new facility to educate a whole new generation of wine drinkers, this magical yet still largely misunderstood wine will always be an important part of Bordeaux wine culture.

Pro tip: according to Mr. Carrington of the Hotel Barge Saint-Louis, pairing Sauternes with Fourme d’Ambert, a semi-hard blue cheese from the Auvergne region that dates back to Roman times, is a winner when it’s served on the barge. 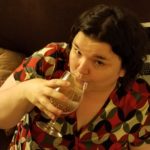 Nora McGunnigle is lucky to have lived in and written about two of the best American food cities, New Orleans and Austin. When she’s not eating or drinking (or traveling to places to do so), she’s telling the stories of those who produce food and beverage. Please note that she was a comped guest of the Hotel Barge Saint-Louis during which she fell in love with the Gascony region of France, including its food, wine, and brandy.