Whiskey: A Bond of Grapes & Grain 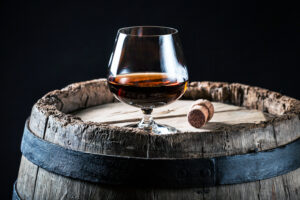 The finer things in life are a result of careful and passionate craft. Once an introduction to such craft is made and a connection is forged, you may find yourself embarking on a new-found life-long journey to experience all that a craft has to offer.

This journey is essentially a search for quality, which often surfaces in different categories. The cocktail lover enjoys the complexity found in the gastronomy scene. A lover of natural wine carries this careful selection over to coffee and tea. The spread of quality is a wonderful “epidemic.” Once it’s caught, one can never go back.

What could be a better time to delve into the spirit than during the cold, winter months? Warming and decadent, whiskey is best enjoyed now, as the season grows colder and frostier each day.

Due to production similarities, culture parallels, and comparable flavors, wine and whiskey can be approached and enjoyed in very similar ways. Luckily, for us drinkers, this means that transcending from one to the other is usually a very smooth and satisfying experience.

Over a century ago, an unlikely relationship between wine and whiskey started to build. Across the pond, Spain’s Sherry wine and Scotch whisky were discovered to be a match made in heaven. *Note the difference in spelling. While in Ireland and the US the “whiskey” spelling is used, the “e” is omitted in Scotland, Japan, Canada, and most other countries. 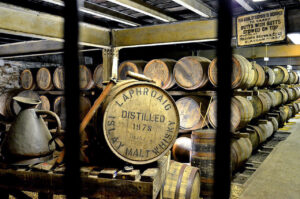 Scottish distillers found that oak barrels previously holding sherry worked wonders on the newly distilled whisky that rolled off the stills. Depending on the type of Sherry and aging period, immense depth and character were added to the whisky from each barrel. The spirit became smoother and more complex, bringing forth notes of rich toffee, dried fruit, and pleasant spice.

To this day, in terms of wine cask maturation, Sherry oak remains the most popular choice in the whiskey world. However, as the profiles and characteristics of both drinks match well, an array of wine casks are now used, including port, Moscatel, white, and red. Ex-port casks tend to impart a rich depth, with a base of red fruit, dark chocolate, roasted walnuts, and other dark, powerful flavors into the whiskey.

White wine casks are also experimented with in whiskey aging. Depending on the region and style of wine, one can expect summer fruits, gentle citrus, and an oily, dry mouthfeel.

Whiskey and wine enjoy a rich, flavourful history together, which continues to grow with modern innovation and experimental new releases.

Even with whiskey that has not been matured in wine barrels, aging and wood influence still play an important role in character. As you venture into the whiskey scene, as with many culinary scenes, there are endless nuances to be discovered.

The established global whiskey industry is booming. Passionate producers in countries with no history or culture of whiskey making have also begun experimenting. The vast diversity and experimentation taking place across the globe means that no whiskey type can be fully categorized, but the most known and popular styles are a great place to start. 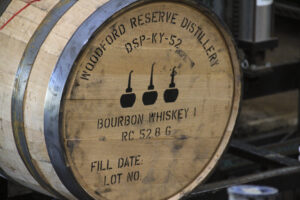 Bourbon – Produced only in the U.S., bourbon must contain, by law, at least 51% corn in its mash bill (the grains used in the whiskey recipe). Bourbon must be aged in new, charred oak barrels, but there are no specifications as to how long.

The exceptions are straight bourbon, which must be aged for at least 2 years, and “Bottle-In-Bond” bourbon expressions which age for at least 4 years. Bottle-In-Bond bourbon must also be distilled in one distillery by one individual distiller, during one season, and aged in federally bonded and supervised warehouse.

The palate is often well-rounded and smooth, with an intensity and sharpness evident in younger expressions.

Scotch Whisky – Like bourbon, Scotch regulations greatly relate to place. To be named Scotch, the spirit must be produced, distilled, and aged in Scotland. The whisky must age for at least three years in oak containers and be bottled at no less than 40% ABV. 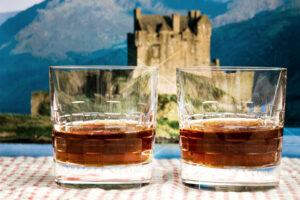 The Scotch whisky industry is the most popular worldwide, home to some of the world’s most renowned distilleries, like Macallan, Glenfiddich, Glenlivet, and Dalmore.

Generally speaking, famed peated whisky from the Scottish isle of Islay brings forth the highly sought-after deeply smoky, earthy, and woody notes unique to the style.

In other regions of Scotland, an abundance of flavor profiles can be found. Light, fruity Lowland whisky comes to life through triple-distillation. The more times the spirit is distilled, the more the heavier flavor compounds are stripped away.

Japanese Whisky – With an exotic touch and a large list of extremely rare bottlings, Japanese whisky is currently one of the fastest growing drinks industries in the world. 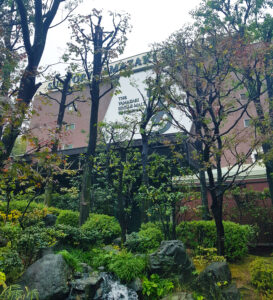 Suntory, Asahi, and Kirin lead the movement.  But smaller producers also move forward with innovation at the forefront, whilst still keeping Japanese tradition and attention to detail close in mind.

Almost a century ago when commercial whisky making kicked off, production was heavily influenced by Scotch whisky. Yet, over the years, changes to distillation and fermentation have been made in order to create a smoother more delicate character more suitable to the Japanese palate.

Japan has also taken the blended whisky category to new heights. They produce some of the world’s best blends, receiving awards in global competitions year after year.

World Whisky – Unbound by strict regulations, Sweden, India, Taiwan, Canada, and many more countries around the world are now making a mark on the whiskey world as they are free to create unique expressions.

Each year, more countries enter the scene with releases distinct to the region they were created in. 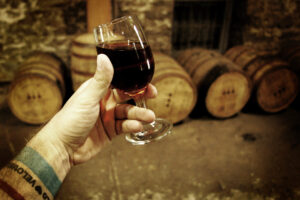 Similar to wine, one of the most important steps to drinking whiskey is spending time experiencing the aromas. The color can tell you more concerning the age and maturation of the whiskey, depending on how dark or light.

Spend time sniffing the whiskey. A high-quality whiskey will bring forth much more complexity on the nose than a lower quality expression. Search for notes without a preconceived idea of what to expect. Do you detect fruit? Honey? Spice? General notes are often given on popular bottles, but everyone’s palate differs, as do the flavors perceived.

Taste the whiskey straight, as the distiller intended, and if you find it too intense, add ice. (Adding a few drops of water is recommended over ice, as this step will aid to lower the alcohol content and release the more subtle notes within the dram). Again, search for flavors. A well-aged whiskey will often bring more rich, deep flavors, while a younger one may be sharper and more lively, with the flavors fleeting faster.

The idea that aged whiskey is better is one that is quickly disappearing. Sure, a whiskey aged for thirty years will usually offer more than a three-year-old expression. However, the new NAS (No age-statement movement) allows distillery teams to bring young and old vintages together. A twelve-year-old whiskey must only comprise of whiskey aged for a minimum of twelve years. With a NAS whiskey, the whiskey within can comprise of both younger and well-aged whiskey vintages. The priority here becomes the balance of flavor and not simply the age.

Therefore, instead of looking at age, look at a distillery’s reputation and reviews on the specific whiskey you are tasting. 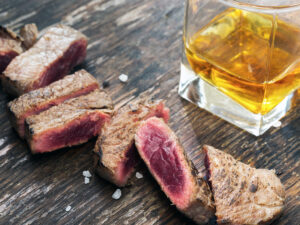 Once you’ve tried and discovered a few expressions you enjoy, delve into to pairings. Pairing different whiskeys with your favorite wines, beers, and dishes will help you to understand what makes the world of whiskey so unique. When pairing, the rule of thumb is to match flavor intensity.

Taste, taste, and taste some more. Tour different regions, countries, and distilleries (metaphorically or literally). The whiskey world is growing each year, with many new countries tossing their proverbial hats into the ring. It’s a very exciting time to be exploring the spirit.

As your palate adapts and your knowledge of whiskey grows, distillery practices, flavors, and traditions will interest you more and more. Like wine, there are no borders in the whiskey world. There will always be an expression you haven’t tried or a new distillery story you haven’t heard.

With all the above in mind, all that’s left to do is pour yourself a whiskey and let the adventure begin.

*If this read made you thirsty, try out our whiskey and bourbon-forward Cocktail Recipe: The Odd Fellow

As a half Greek Scotsman, who previously lived and worked in Japan’s whisky industry for years, George Koutsakis is a spirits writer specializing in Japanese spirits and world whisky. He currently writes for Liquor.com, Saveur Magazine, Wine Enthusiast, Distiller.com, and acts as head of content for dekantā, the largest online retailer, and specialist of Japanese whisky. George is also the writer for the re-invented Scottish Bladnoch distillery. When he isn’t writing, he’s probably swimming, watching Japanese anime, or traveling in search of gorgeous dishes and drams. Find him at Whiskey Islander on Instagram.