From The Concrete Terroir: A Wine Rep’s Heat Map to Drinking in The City 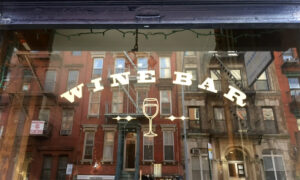 In a nutshell, being a Wine Rep is the modern equivalent of being a Lone Rider Of the Apocalypse, a Mail Carrier that doesn’t carry mail, but booze. A Lonesome Cowboy wandering the prairie. If that is, the prairie just happens to be hundreds and hundreds of city blocks filled with stores, bars, and restaurants that carry and serve wine. And with this job, the main responsibility is procuring this earth-born juicy stuff for the Owner, Buyer, General Manager, Sommelier, or really, whoever has the power to say, “yes.” So naturally, spending the time identifying, and subsequently, building and maintaining relationships with these folks is the key to securing bottle placements.

A wine rep gets to spend the majority of his or her time on the road walking in and out of so many fantastic spots, and not to mention, getting to meet many interesting people. With all this fun privileged information, it would be a disservice to keep it all to myself. So with that in mind, I’d like to bring attention to some of these same watering holes and sipping venues that caught both my eye and palate.

So, if you are ready, if you have your walking shoes on, and/or your subway Metro card handy, let’s drink it all in.

There are all kinds of bars in this world: Sports bars. Rock-n-roll dive bars. Irish pubs. Hotel lobby bars. Speakeasies. Juke joints. Gastropubs. Specialized mixology cocktail bars. Tiki bars. The neighborhood corner bar. The restaurant bar. The after-work bar. The after-hours bar. The list goes on and on. But then there is the all-important wine bar. 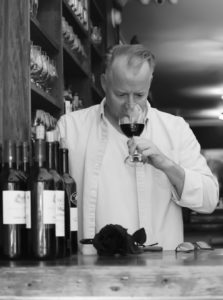 Oftentimes, wine bars are the most subtle and sexy of the lot. Usually dark, and intimate, they could be the perfect place to take a date, or perhaps, serve as an end of the day solo destination to pause and reflect over a glass or two on said day’s craziness. The Immigrant (341 E. 9th Street, New York, NY 10003) is this in the flesh, or brick really.

The Immigrant is the creation of owner Jason Corey, a longtime bartender, who cut his teeth at NYC’s legendary Molyvos before deciding to venture out on his own. Named after the JFK written paper, Nation Of Immigrants, the Immigrant first opened its doors in January of 2010. It is absolutely the perfect spot to escape just about anything and everything, and you don’t even need to have a passport. Located in what used to be a witchcraft store called “Enchantment,” Immigrant has some witchcraft and enchantment of its own. All wood and low-key warm ambiance, and possessing a bottle selection that won’t break the bank, behind its doors lies the perfect elixir for any state of being.

If your appetite is also in need of satiating, The Immigrant has plenty of bites to snack on. Jason suggests getting one of the cheese plates coupled with a Tempranillo. After sampling the goods, I couldn’t agree more. Other recommended food options besides the fruit and cheese (from Murray’s) plate, are the roasted yellow tomato bruschetta, as well as the Soppressata y Copa (from Russo’s). 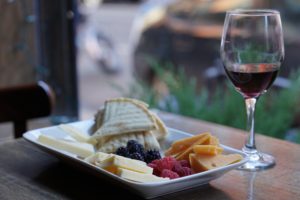 But let’s get to the main event—and that would be the wines themselves.

On a recent afternoon, I popped by The Immigrant for a little while with a few bottles in tow for Jason to sample as part of my regular rounds. I also took the opportunity to get his take on what factors into him making his selections for the bar.

“What goes into your thinking when considering possible wines to bring on?” I asked as I uncorked my first offering, a delicious and smoky Pinot Noir from New Zealand from the producer Middle Earth.

“I guess I’m always on the lookout for approachable wines that are indigenous of the grapes and terroir from which they originate from,” Jason shared, pausing for a moment to swirl the two finger fulls of deep magenta around in his glass. 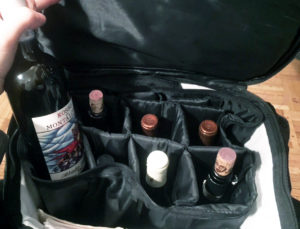 “Yeah? And what are some of your favorites that you currently have on the menu?” I wondered, setting down the bottle on the bar, so he could examine the label, which is always a very important detail when deciding whether or not to bring a new wine on board. Because let’s be honest, we all judge a book by its cover and a wine by its label to some extent.

Jason studied the embossed lettering of the winemaker imprinted on the bottle’s belly, and then went on to say that some of his recommended bottles that The Immigrant has on its current roster would be the Valley Of The Moon Cabernet (CA), the Gentilini Notes Sauvignon Blanc (Greece), and the Chateau de Musset Pomerol (France).

I took some mental notes because knowing what he carries now would certainly factor into what I would potentially bring by for him to try later.

We finished up with the Pinot, and next up was a Clos Laurent Cabernet Franc from Saumur that I had brought. As I fished it out of my bag, the conversation continued.

“What went into opening up a wine bar in the first place?” I asked, breaking the seal on the Earthy French Red from the Loire. 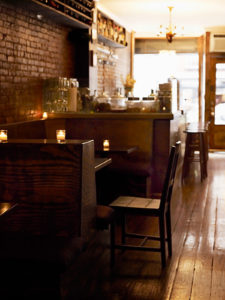 “Well, I wanted to create a place where locals could drink off the avenue,” Jason waxed, dumping the remaining splash of leftover Pinot into a metal spit bucket that was beside him. “We also took out a lot of the tables to make for more space, so people could really relax,” he added while holding out his glass for a rinse.

I poured another taste for both of us and looked around.

For the moment the place was empty, but in a couple of hours, experience proved it would soon fill up with the after work, pre-dinner crowd, mostly in the mix of 25-45 year-olds.

“Who runs the show when you’re not around?” I wondered aloud, thinking that for every successful wine bar, there usually is a partner-in-crime somewhere behind the bottle skyline.

“Oh, that would be Johan, he’s my Senior Bartender.”

Good to know, because in the event that Jason is off tending to one of his other properties when I might stop by with some more wines for him to try (his newest venture, The Athenian, is also in the East Village and just recently opened its doors), then  I’d know who to ask for in his absence.

We drank in silence for a bit longer. But it was the good kind of quiet. I wanted to give Jason space to really consider what he was drinking, and nothing kills a deal like talking too much.

“What else you got?” He finally asked.

I reached back into my bag and pulled out my last bottle, Castello delle Regine Rosso, a Sangiovese blend from Umbria.

“How about a little Italy?”

Jason smiled. “Betcha that would work well with our Bruschetta.”

I opened it up and poured.

Philosophy on Wine Selections:  Approachable wines that are indigenous of the grapes and terroir from which they originate.

What To Know: ask for Jason Corey, the owner, or if he is not available, try Senior Bartender, Johan. Either one won’t steer you wrong!