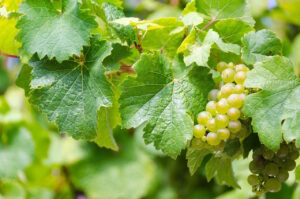 For many years, Riesling has been associated only with cheap, sweet and insipid wines like Blue Nun and Black Tower. Produced in bulk and omnipresent in the retail market, this uber-successful marketing effort has created a lasting, damaging image of Riesling that has nothing to do with fine wine or quality. Recently, this perception has begun to change, for wine lovers and consumers. Not only have U.S. consumers discovered Riesling at restaurants and wine shops, a growing number are dropping the name ‘Riesling’ as comfortably as most consumers say ‘Chardonnay’ or ‘Pinot Grigio.’ Despite this, older Riesling continues to be a secret that wine buyers should know about. What is so special about older Rieslings? The quality and value of older Rieslings can be conveyed in simple terms. Unlike Chardonnay, which often gains nutty, baked stone fruit, marzipan, and slightly funky characters after twenty or more years in bottle, Riesling gains purity and balance. Green apple, pear, petrol, and mineral characters acquire sharp focus and greater overall balance. In recent years, there have been spectacular Riesling vintages, and 2015 ranks among the few best in the past twenty years, and the high quality of Rieslings from many vintages outweighs any need to focus on great vintages like 2015 or 2005. Wine buyers don’t have to look hard to find mature Rieslings. Older Rieslings are stupendous wine values that are priced well below their quality level. There has never been a better time to learn about these well-priced, compelling wines. 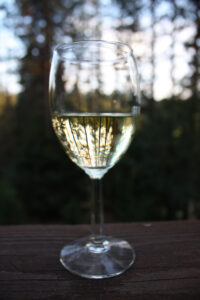 One of the world’s most prominent Riesling evangelists, restaurateur Paul Grieco, spreads the Riesling gospel. His two New York wine bars, Terroir Tribeca and Terroir in the Porch on the Highline, have just begun their annual ‘Summer of Riesling’ program which features over 30 Rieslings by the glass all summer long. A steadfast believer in this variety, Grieco explains, “Riesling is one of the rare grapes with the ability to age for decades and continue to evolve into something else. There’s evolution and change, it’s never static, and the wines are yummy. Wines from a great vintage like 2015 are yummy today and they will definitely be yummy in 10, 20, and 30 years, but it’s a different type of ‘yummy-ness’ [at each of those stages].” Grieco wants consumers to know that wine can age well, especially Rieslings. He said, “Of all the wines in the world, Riesling has an incredible ability to age longer than the vast majority. The flavor development, the evolution of the wine in the bottle, is an extraordinary journey.”

Citing the excellent quality of wines brought into the U.S. by importers like Terry Theise, Rudi Wiest, Stephen Bitterolf and others, Grieco feels strongly that the quality level of Rieslings available here is “better than good,” which eliminates the risk and makes buying older Rieslings “a sound purchase” for consumers. Having tasted many mature bottles, Grieco elaborates that, after spending years in the bottle, “You’re guaranteed that the wines will be alive. Consumers should not be afraid if they see Rieslings from the early 1980s. Riesling is unique in that its backbone, its level of acidity, is so high that it provides the longevity for an incredible life.” The ability to age combined with relatively high value versus wines of similar quality from other regions makes older Rieslings a ‘no brainer’ for wine buyers. Grieco notes that, because Rieslings don’t sell through as quickly as other wines, there are many older vintages in the market, in major cities as well as smaller markets like Pittsburgh. Older wines haven’t been marked up to reflect their quality, so they’re great values. Most of the older Rieslings still available in the market are sweeter styles (Spätlese through Trockenbeerenauslese), but this should not deter consumers. “They all have an inherent ability to age. Buy older Riesling. You can see vintages at retail going back to the early 2000s. These wines are f___ing steals,” he advised, dropping the ‘f bomb’ accurately and with much aplomb.

Stephen Bitterolf is owner of Vom Boden, a wine importer that represents several superior family producers from Germany. Bitterolf explained Riesling’s attributes and ability to age, “Everyone knows Rieslings age very well. One of the cornerstones of that development is residual sugar, which acts as a preservative, the same way that, when you can fruits, the sugar acts as a long-term preservative. The other is acidity. These elements give the wines durability and make them age worthy. Riesling has both of these fundamentals in spades.” Reflecting on old Rieslings he has tasted, Bitterolf notes, “The Auslese and TBA (Trockenbeerenauslese) wines are, if not immortal, among the longest aged wines in the world. I’ve had Auslese and BA (Beerenauslese) wines from the 1920s that have been in pretty good shape.” Of the famous, great vintages, Bitterolf found the BA and TBA wines of 1959 noteworthy for showing “higher ripeness levels and outrageous must weights, but they had this lightning acidity.” With these wines, dehydration and botrytis increased residual sugars yet also acted to intensify and concentrate acidity, which had an overall balancing effect. Must weight is the weight of the juice, skins and stems after the grapes are crushed. In general, the greater must weight, the riper and sweeter the wine will be after fermentation. Botrytis or ‘noble rot’ is caused by the botrytis cinerea fungus, which attacks very ripe grapes under optimal climate conditions to produce the world’s finest, longest-aging sweet wines, specifically Beerenauslese and Trockenbeerenauslese wines in Germany. Though extremely sweet, these wines have terrifically high acidity levels to balance the pronounced ripeness and are easily among the most remarkable wines in the world to taste and experience. Tasting the 1959 BA and TBA wines, Bitterolf observed, “Those wines tend to have really outrageous acidity.” Bitterolf continued, “Another interesting fact about older Riesling that people don’t often think of is that acidity is the cornerstone of their ageability, so the dry wines age really well. Those are wines that people ask me about a lot, because the dry ones are quite hard to find. I’ve been lucky enough traveling around and tasting with producers to taste older wines. I’ve had Kabinett Trockens, the most delicate of dry wines, that have been exceptional after 30-40 years, so the wines age very, very well.” Historically, growers put their finest fruit from the best plots into the sweeter styles. Dry Rieslings were entry-level wines produced for immediate consumption that sold for low prices. This is why there aren’t many dry Rieslings to be found in the market from 1970 vintage to around 2000. Bitterolf recounted Helmut Dönnhoff’s recollection that 2005 marked a turning point, when growers began to use their best parcels 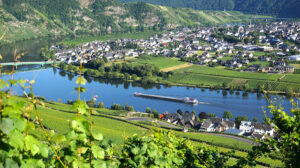 to make dry wines. Interestingly, the outstanding 2005 vintage was on par with 2015.

Though dry and sweet styles of Riesling are equally valid and thrilling to drink, I prefer the dry, trocken style of Riesling, easier to pair with a range of cuisines and flavors. In recent memory, my favorites have included: 2010 Egon Müller Kabinett, 2015 Weingut Keller Westhofen Kirchspiel Riesling Trocken GG (Grosses Gewächs, the top vineyard designation which is roughly analogous to Burgundy’s Grand Cru) and 2005 Weingut Wittmann Morstein Riesling Trocken GG.

For a beginners guide to Riesling, check out our Introduction to Riesling article! And to learn about Riesling directly from Paul Grieco, watch his Follow That Somm episode here.