It has been a long, hard road trip—Turkey, France, Germany. But in a few months you will see the fruits in the form of breathtaking wines at good prices that I dug out and slurped up. More on that later.

One interesting note from Sunday lunch, yesterday, in Paris: On this trip everyone is telling me how popular “le hamburger” is, in France!

Yesterday, I went to a family Sunday place—warm with multiple generations, for a steak. 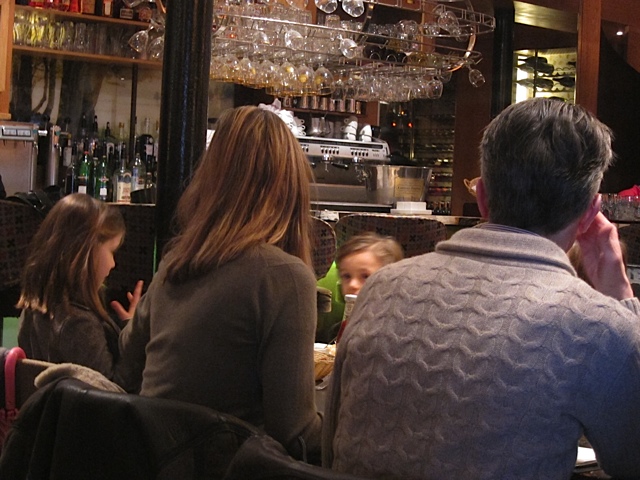 In Paris, that often means steak from Aubrac, the great cattle region in the center of France.

But I happened to be sitting next to a big family, at Restaurant De Véz, just across the river from the Tour Eiffel. Here, not only the KIDS were having burgers. And then the menu message: this burger is made from beef from the Aubrac. So, what the hell, I had my first hamburger in Paris in 43 years of visiting.

And it was GOOD, brother! 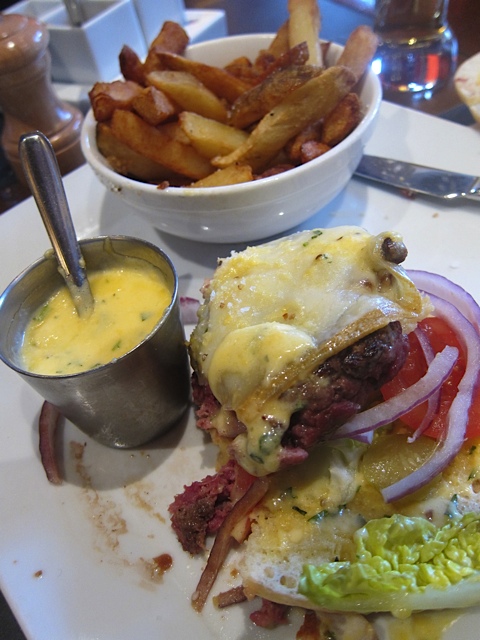 First of all, the carte said:

The menu also mentioned that the bread was baked by Jean-Luc Paujaran, a famous Parisian baker. The cheese was raclette. And you could see that the “salade” was really crisp, tiny Romaine leaves.

These guys do take things seriously. Do they not?

The meat, rare as ordered, was delicious. All the crisp veggies fell together perfectly. But, for me, the best single detail was the Béarnaise.

OK, I like ketchup on a burger as much as the next guy. And, in fact, all the kids asked for ketchup on their burgers. But this Béarnaise thing was an epiphany. It’s great enough on steak. But somehow it’s even greater on good hamburger with crisp raw vegetables. I’m sold.