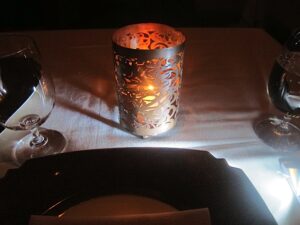 I remember eagerly clutching my red Michelin guide in France, way back in the early 1970s, expecting to find at the starred levels nothing but the best of French food. Later, Michelin began publishing a red guide to Italy—but often took criticism that their judgments in Italy had a French sensibility. The same thing happened in Spain. Today, Michelin covers 23 countries in its books—but still has difficulty losing the image of “French-oriented.”

Well, here’s an example of American exceptionalism that really makes sense: when Michelin first came to the U.S. in 2005, in the form of their New York City red guide—they were positively besieged with charges that they were seeing New York as a “French” city. It forced a change. The book comes out every year, and subsequent guides stretched to include more of the variegated ethnic restaurants that are the real strength of New York City dining. Two stars and three stars remain pretty “French” in the New York book…but, soon enough, ethnic one-stars crashed the barricades, and gave a new face to Michelin in New York. I suspect that face will soon be seen all over the Michelin universe.

A great place to take this pulse is Junoon, an upscale Indian restaurant that has had one star from Michelin since October 2011, just ten months after opening. I sat down for dinner last week with Aliya LeeKong, Junoon’s Culinary Creative Director, who is responsible for the development of new dishes and new ideas at the ever-evolving restaurant. 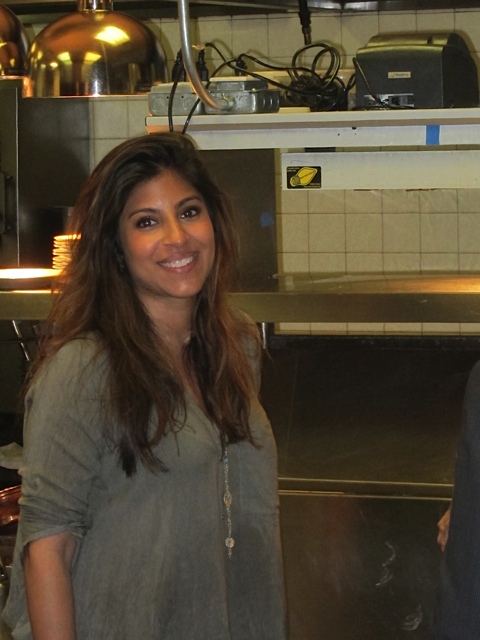 Aliya, of Tanzanian and Pakistani parentage, is a supremely talented chef, as well as a prodigiously insightful food thinker.

“It all starts at Junoon,” she told me, “with the attitude of the owner, Rajesh Bhardwaj. He has said since the beginning in December 2010 that Junoon is a ‘fine dining restaurant that happens to serve Indian food.’ ”

I must confess that when I first heard that topic sentence a few years ago, I was concerned; as with Tabla (Danny Meyer’s Indian restaurant), I questioned whether a city that hardly knew Indian food was ready for creative Indian riffs on various gastronomic ragas. But Aliya has had the wisdom to anticipate my concerns.

“Ah, yes,” she said. “Most of our menu is composed of traditional Indian food.” The one-star difference? “We are more intensely regional/authentic,” she said, “with lots of regional Indian dishes not seen in New York before. Our care in cooking them is at a higher plane than standard Indian restaurant cooking. Most important, we are ingredient-based, to a degree that most Indian restaurants are not. Vegetables. Fish. Herbs and spices (there is a glassed-in Spice Room where spices are fresh ground). Meat. I will not put the goat curry on the menu unless we can get the meat from one Halal butcher who has the best.”

But at Junoon, there are other possibilities, as well. More creative possibilities, the kind that you’d expect at a Michelin one-star of any stripe. “There are actually three Indian one-stars in New York today,” Aliya said, supporting my thesis. “But we are the only one that offers a special Six-Course Tasting Menu, filled with new and imaginative offerings.” So if you want to come to Junoon, leave the conventional tandoori behind, and proceed directly to New Age Indian cooking…all you have to do is ask for the Six-Course Tasting Menu…which, of course, will be paired with six wines, if you desire. (Junoon, in a highly one-star move, has just expanded its wine selections to 350…and will soon double that.)

At my dinner with Aliya we focused on the Six Course Tasting Menu—and this wonderful food, combined with the gentle, professional service, and the subdued warmth of a room that’s filled in with lovely architectural details, made me feel every step of the way as if I were dining in a one-star Michelin.

If you go, nothing will set the tone at the outset like the most amazing Bloody Mary I’ve ever had. 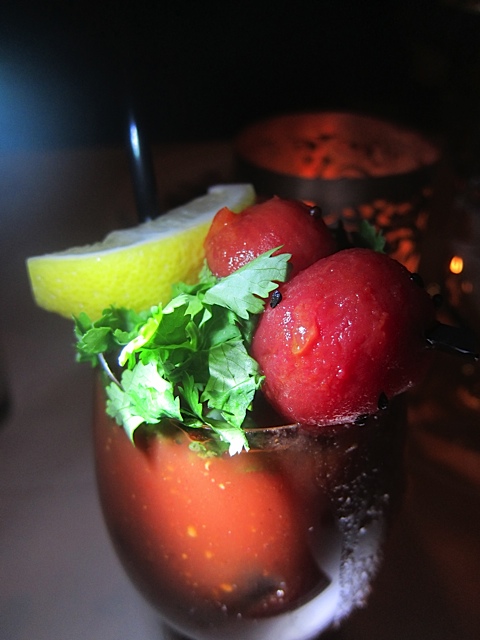 “It’s loaded with spices,” Aliya told me, “particularly star anise and fennel. Not to mention a dose of puréed Indian pickles.” Topped with a skewer of roasted cherry tomatoes, it is nothing short of remarkable.

On to the first course—a palate-opening Lotus Root 3 Ways. 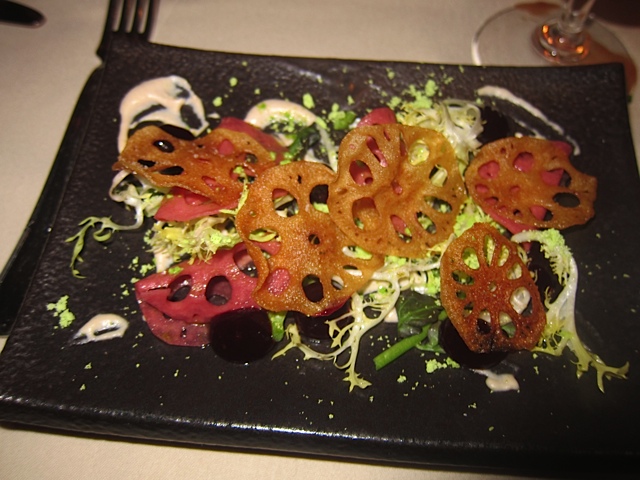 The roots are fried (for crunch) pickled (a mode Aliya loves) and pureed, tossed with hibiscus gel, and sprinkled with cilantro powder. It all adds up to a typical creative starter for Aliya: light textures with a bit of crunch, and beguiling Indian flavors.

Among the next courses, I was particularly taken with the Kari Patta Shrimp. 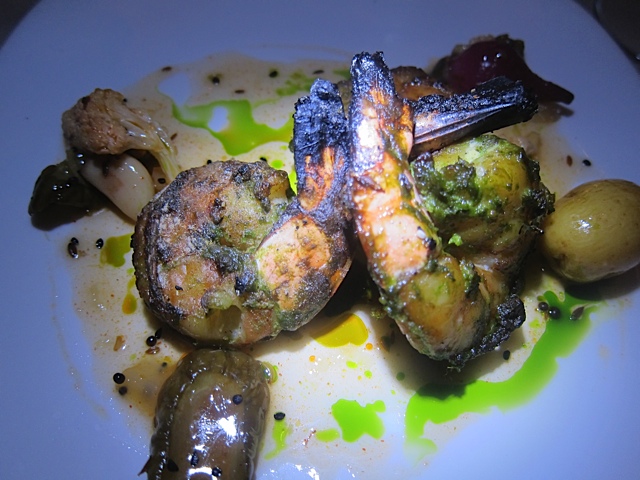 The large crustaceans are marinated with curry leaves (one of my favorite herbs in the world), grilled, and served with an array of tiny pickled vegetables. Americans don’t usually “get” Indian pickles but, when done right, they are one of the glories of Indian cuisine. This would be the right place, with the right chef, to start acquiring this taste.

I was also in for a treat on Aliya’s spin on the great Rajasthani lamb stew Lal Mas, (which I frequently devoured on my last trip to Jaipur).

It’s the spicing that makes Lal Mas special—bursting with cardamom, clove and green chili. But Aliya’s modern instinct leads her to lighten the presentation with a perfectly-in-key salsa-like creation on the side. 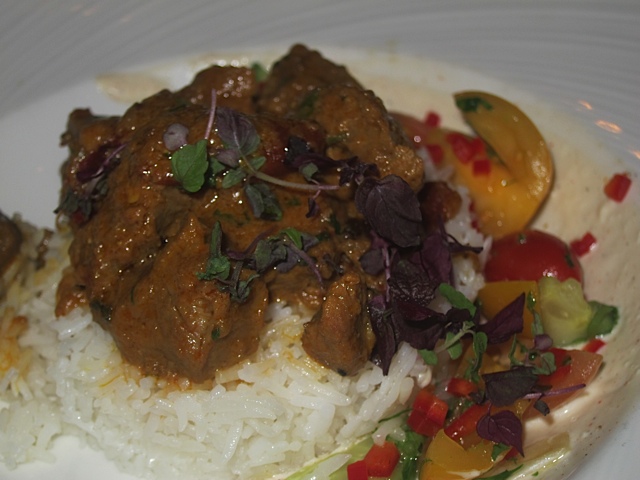 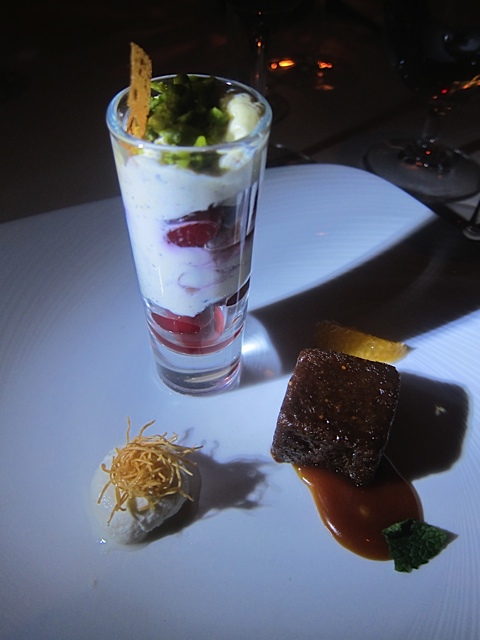 Trio of sparkling desserts at Junoon

One thing that sets Junoon apart is Aliya’s insistence on various chefs for various tasks. There’s a separate tandoori chef, of course…and Aliya is “lobbying” for a chaat chef (sprightly Indian opening salads). Already in place is a pastry chef who turns out both traditional desserts—and desserts in the one-star Michelin key.

Our last course was a sampler of three desserts: mini ras malai, shrikhand, and date-fig gateau; the latter little square, which out-sticky-toffeed sticky toffee pudding, was my favorite of the three. When you get dense and sweet without seeming dense and sweet—that’s when you get me.

So where are we headed here? More refinement? More Tasting Menu and fewer traditional dishes?

“Don’t know,” says Aliya. “Don’t think so. We ethnic Michelin one-stars have a tricky balance to maintain. A lot of restaurateurs feel that once you go ‘too’ fancy, maybe flirting with two stars…you risk intimidating the consumer, who isn’t expecting a grand restaurant experience when he or she wants an Indian dinner.”

Or…with people like Alya working it…maybe that diner will someday feel that two-star Indian, even three-star Indian, is perfectly natural. Let’s start with one and see how it flows.