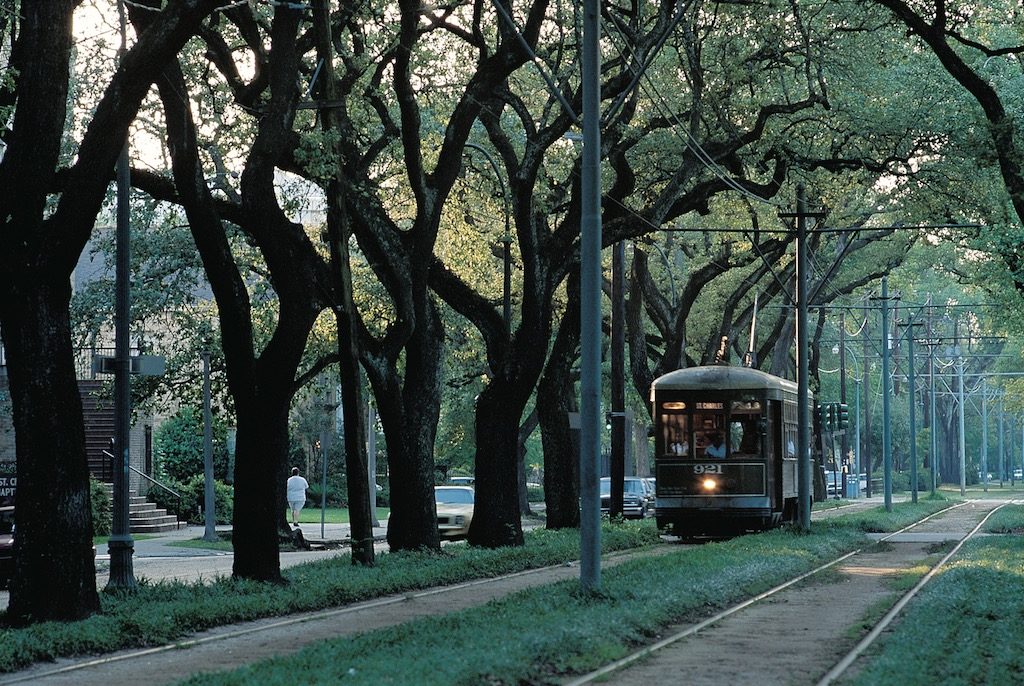 While there are many theories on the exact birthplace and origin of the word “cocktail” one thing is for sure: New Orleans is the birthplace of some very famous ones and home to one of the nation’s most exciting cocktail scenes.

Cocktail culture is a way of life in New Orleans to learn and taste. There’s The Museum of the American Cocktail and Tales of the Cocktail, this year July 18-23, attracting bar professionals from around the world. Tales of the Cocktail’s founder, Ann Tuennerman, says, “If you go back to the late 1800’s and early 1900s, New Orleans was one of the most influential cocktail cities in the world. The Sazerac, The Vieux Carré, The Absinthe Frappé, The Ramos Gin Fizz, The Hurricane—they were all created in New Orleans.”

Cousins Ti Adelaide Martin and Lally Brennan oversee Commander’s Palace, Café Adelaide & the Swizzle Stick Bar, and SoBou NOLA. They also co-wrote In the Land of Cocktails: Recipes and Adventures from the Cocktail Chicks (HarperCollins). Ti says, “In New Orleans, a great meal begins with a well-made cocktail. It’s part of the experience, and we take the details of it seriously and we savor it. People drinking bad frozen daiquiris on Bourbon Street are not New Orleanians for the most part. Going to a home and having a gentleman make you an Old-Fashioned where he has iced the glass, has made serious ice – large, slow-melting ice – and he has the fruit ready to be muddled. That is a person who appreciates all the details of a well-made cocktail. That is how we think of cocktails in New Orleans.”

Among the many cocktails to try in New Orleans, here are five classics: 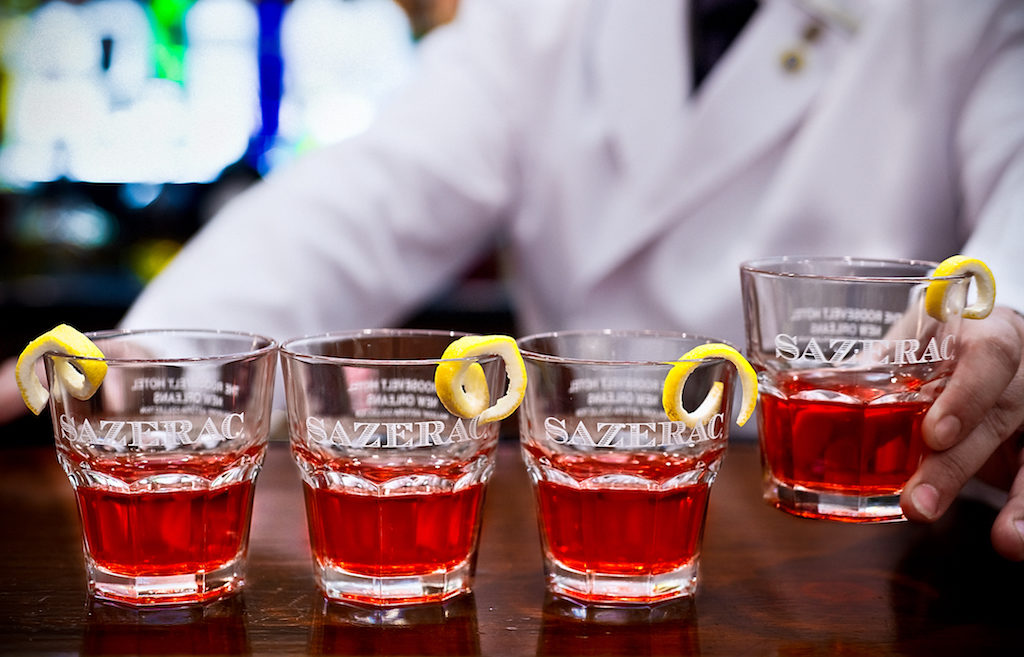 The Sazerac is the official cocktail of New Orleans. Legend has it that the Sazerac was created by Antoine Amédée Peychaud at his pharmacy on Royal Street using his namesake bitters and Cognac, later switched to rye whiskey. Almost every drinking establishment in New Orleans serves a Sazerac, but The Roosevelt Hotel is the only location with a bar by that name.

Pack an Old-Fashioned glass with ice.
In a second Old-Fashioned glass, place a sugar cube and add 3 dashes of Peychaud’s Bitters to it, then crush the sugar cube.
Add the 1½ ounces of Sazerac Rye Whiskey to the Peychaud’s Bitters and sugar.
Empty the ice from the first glass and coat the glass with 1/4 ounce of Herbsaint, then discard the remaining Herbsaint.
Empty the whiskey, bitters, and sugar mixture from the second glass into the first glass. Garnish with lemon peel.

This aromatic gin cocktail shaken to a light froth was created in 1888 by bartender Henry C. Ramos at the Imperial Cabinet Bar and it literally shook up the bar world. The cocktail was so popular that it took 20 bartenders at one point to keep up with demand.

Combine all ingredients in a cocktail shaker with ice and shake vigorously until frothy. Strain into a rocks glass and serve immediately. 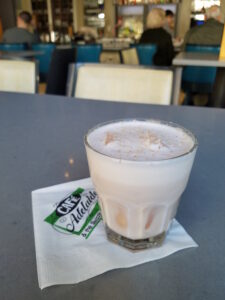 The Milk Punch was considered a restorative drink in pre-colonial times. The drink has several versions, some using Bourbon. It is a soothing start and welcome eye opener at the popular Jazz Brunch at Commander’s Palace. Here’s their recipe.

Chris Hannah, bartender at the French 75 Bar at Arnaud’s Restaurant says, “The crusta style of cocktail was the first sugar-rimmed cocktail in the world. It was created by Joseph Santini in the heart of French Quarter in the 1880s.” Chris shares this recipe:

Shake all ingredients together and strain into a sugar-crusted cocktail glass. Garnish with lemon peel.

This “devilishly burned” coffee drink was invented by Julies Alciatore, whose father Antoine Alciatore established Antoine’s Restaurant in 1840, making it the city’s oldest dining establishment. Café Brûlot gained popularity during Prohibition since the strong chicory coffee base concealed the contraband booze. It’s a bit ironic since the drink’s flaming tableside preparation using a special brûlot bowl and cups is an attention getting spectacle. Here’s the recipe from Cooks.com.

In a “brûlot” bowl or chafing dish, place cinnamon, cloves, lemon peel, and sugar. Put brandy into a ladle, ignite and pour over ingredients in the bowl. Keep ladling brandy over ingredients until sugar is dissolved. Gradually add coffee and continue ladling mixture until the flame fades. Serve immediately. Makes 8 demitasse, or “brûlot,” cups.

Want to know the other not-to-be-missed NOLA cocktail bars? We’ve got the list!