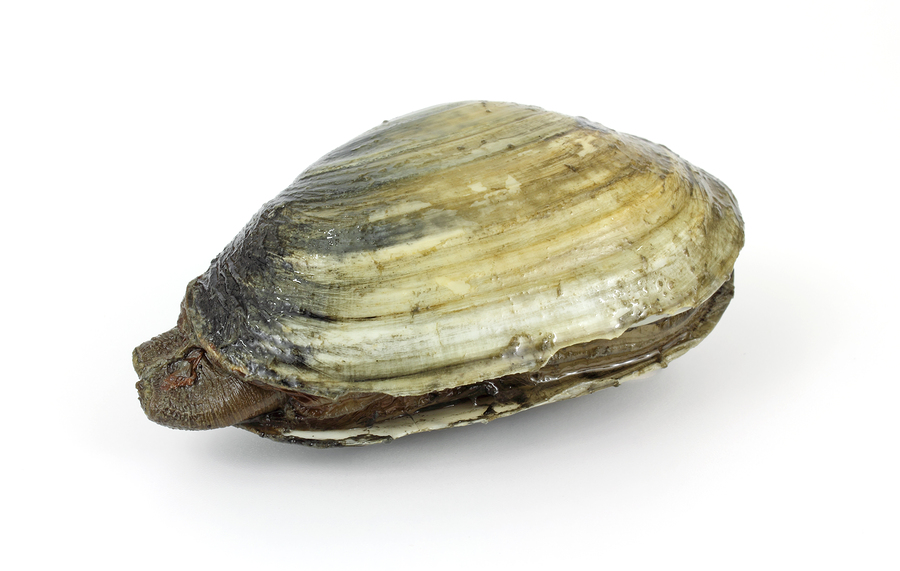 Steamed clams are served around the country, but the Yankees of New England have a definite advantage in this delicacy—for New England is soft-shell clam country, and soft-shell clams make the best steamed clams in the world. Their main advantage is that they don’t get tough or rubbery when you steam them open—and the fact that they’re also extremely sweet and clammy-tasting doesn’t hurt either. You will know them in fish stores (they are increasingly available outside of New England) by their white, brittle shells, and by the curious-looking tube that protrudes from one end (often referred to as “the pisser.”) Enjoying them is simplicity itself. Follow the easy recipe below, then serve piles of the clams. Each diner removes the clam belly, peels off the brown skin around the attached “pisser,” breaks open the rim of the belly (in case it contains sand) and dips it in clam broth, then dips the belly, just before eating, in melted butter. The following recipe yields a particularly strong flavored broth—because I like to use it as the base for New England Clam Chowder.

1. Place the water, celery and parsley in a large pot with a tight-fitting lid. Bring to a boil. Add the steamers, close the lid, and shake the pot. Cook over medium-high heat for 5-10 minutes, or until all the clams have swung open wide.

2. Divide the clams among two large serving bowls. Pour the clam broth (leaving celery, parsley and sediment behind) into two large mugs. Divide the melted butter between 2 small bowls. Serve immediately, with one large bowl on the table for discarding empty clam shells.

This recipe is from my book It’s All American Food.