Sarah Fernandez Carves a Unique Path in the Wine World 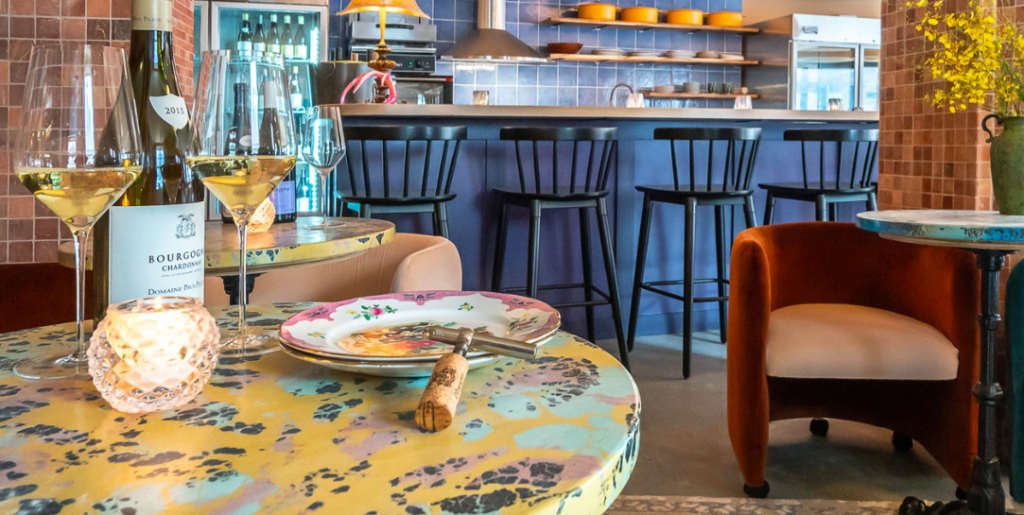 Sarah Fernandez knows she’s an extrovert. As part of the team at Niche Niche and Special Club, two venues redefining hospitality in New York, she makes every evening feel like a party. At work she helps guests, “have fun, listen to music, and drink really nice stuff at a good price.” The only rules are, “don’t be an asshole and don’t break our Zaltos.” On the night of December 30th, 2019, Niche Niche was her stage and she had quite the story to tell. The restaurant features rotating hosts from the wine industry and that night, it was her turn.

“I did a lineup of my 2019 in wines,” Fernandez explains. The night began with “the Champagne I bought myself when I decided to talk to the New York Times. It was the first bottle of Champagne I bought by myself to drink myself. I thought ‘I need this, I’m gonna heal.’” The story she was about to share, first with Marissa A. Ross, wine editor at Bon Appetit and an advocate for sexual assault survivors, then with Julia Moskin, and then with the entire world, wound up on the front page. Fernandez shared her experience of being sexually harassed by Anthony Cailan, the wine director at the Usual, and a fellow “person of color and child of immigrants in the industry.” He was widely heralded as a rising star, aside from a few rumors.

Fernandez and Raquel Makler were the only two women to go on record and be photographed for the story. “Up until that weekend, I was going to be anonymous. It was a month of us calling each other and telling stories…Then nobody else wanted to go on the record.” Fernandez tried to encourage them, saying, “come with me, walk with us, you’ll be okay.” Others declined, but Fernandez “was not raised to be like that.” She credits her mom for this spirit, “My mom is from Washington Heights, I’m Dominican and Cuban, I’m Latina. I was always taught to say something, to do something, and my family always has my back, which is huge.”

The story took months to come together, from September to November, and Fernandez was incredibly anxious in the lead up to publication, “I basically wasn’t sleeping.” Adding to her fear was her status as a newcomer in the industry, “I was worried everybody was going to hate me, like here’s this new kid on the block, coming into their industry and calling out this guy who everybody’s touting and everyone’s promoting.” Fernandez joined the industry full time in 2018 and started working for Ariel Arce in May 2019. She was mulling over the decision to be photographed for the story when a coworker assured her, “If you’re gonna do it, do it, cause you know everyone here is gonna support you— there’s no reason for you to not just go for it. The portraits for the article were shot in the home of a former Spotted PIg employee, who helped prepare them for the reaction. Fernandez also became close friends with Makler.

That support is emblematic of the culture in Arce’s restaurants, “We have a strict no assholes policy, and we can talk about our feelings at work, which is so important.” It’s also the only restaurant she’s worked for that hosts sexual harassment trainings, and Arce has personally supported her to speak up if she ever feels uncomfortable at work. They also have a lot of fun.

Her previous hospitality jobs were in more masculine environments—the culture is night and day, “Before, I managed a restaurant where the owner was extremely dominating, a white male, a rich white male. It was extremely oppressive, I was overworked like crazy.” She then went to “another restaurant that was very male dominated, everyone was very sweet, but it was a lot of men, very testosterone driven—the clientele was finance guys coming in after the bell closed.”

When a friend got in touch looking for someone to help open Special Club below Niche Niche, Fernandez didn’t hesitate. She trailed, sent an email to quit her job, and dove in. Special Club focuses on sake, one of Fernandez’s specialties, after working in Japanese restaurants. She loves the precision in sake. Tojis, or master brewers, have “four levers to play with: the type of rice they use, the water, the koji mash, and the fermentation itself.” Fernandez recommends picking a prefecture you like and drinking through that. She ended her Niche Niche dinner with a floral sake made from strawberry flower yeast by Amabuki. The rest of the lineup included wines from Fifi, an importer she used to work for, and a Cabernet Franc from the soil obsessed winemaker Bernard Baudry.

This scientific approach to beverages hints at her former life. A Cornell graduate who studied biology, Fernandez spent years in research, including at an NYU lab that researched marriage and relationships (her experience there comes in handy observing customers). She got a job in restaurants after moving in with her mom after a bad break up in 2015. Before that, her only restaurant experience was working at Coldstone Creamery in high school. She found Jado Sushi on Craigslist and started working at the bar, learning about sake and wine for the first time. It was a new experience, “In Caribbean communities, we drink rum.” 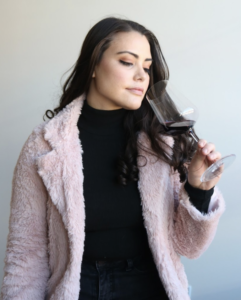 Though she loved serving, she went back to a lab and only left for good after a friend opened a Japanese restaurant, Shoji, and needed help. She made the link between science and wine after listening to a podcast during a run. It featured Alice Feiring, a natural wine writer, whose book, “The Dirty Guide to Wine,” changed her life. It all clicked, “I can just learn this on my own, I started reading, for some people, knowing the science of this stuff is hard, and I was like, this is easy. I loved history, I love maps, I’m a huge map nerd.” Her parents, who initially discouraged her from entering the restaurant industry, came around too. “They love me so much, they heard me and they were like this is what you’re supposed to be doing.”

It was a journey to get there, “I was told I could do anything in life except restaurants. Both my parents are physicians.” Fernandez’s paternal grandfather was a chef at a big Miami hotel in the 60s. “He worked all the time and was a royal asshole. You had to be an asshole in those days, kitchens were not glamorous, and he took that home.” Her father told his dad he was going to be a chef one day and was beaten for the sentiment, ‘that’s not a good life, that was ingrained in my dad.” Fernandez, in turn, “went to a really good college. I studied really hard, my parents put me in a really good school system to become a professional.”

Now that she’s left that world, she sees friends struggling and realizes, “It’s kind of a status on American society that I was like, ‘do I want to be a doctor, or do I want to become a somm?’ She realized, “My quality of life will be 1000 times better if I become a somm.” So far, she’s absolutely right: “All of my friends who are in medicine are miserable. You are only 29 one time; you are only in your 20s one time.”

In 2020, Fernandez is learning about Champagne from Arce, studying for the level one sommelier exam, “a necessary credential,” and deepening her knowledge of sake. 2019 was a hard year, but she wouldn’t have taken any other path, “I don’t believe in fate, but everything we do helps build. Each experience builds us for the next, that’s not fate, it’s just trusting your gut to make decisions to lead you to a better path.” 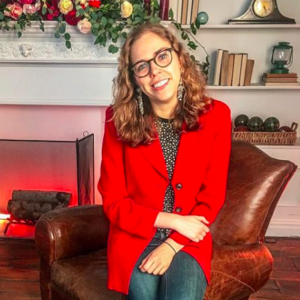 Abigail Koffler is a freelance writer and native New Yorker based in Brooklyn. Her writing has appeared in Eater, Forbes, Edible Brooklyn, Bklyner, and Bustle, among other publications. She writes This Needs Hot Sauce, a weekly food newsletter. Follow her on Instagram and Twitter.