Well, I admit that neither “Giovan” nor “Montecucco” are “casa parola” in the U.S.—household words?—but they should be! They will be! 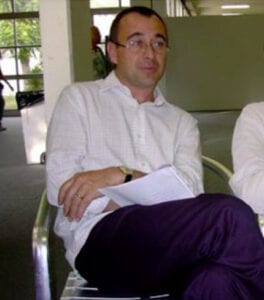 Giovan is the first name of Giovan Battista Basile, a great winemaker creating stunning Tuscan wine mainly from Sangiovese and Merlot grapes…that is now available in the U.S. via Golden Ram Imports!! And where in Tuscany does he make it? In Montecucco, of course—an up-and-coming region that has zoomed to star status in Italy and is just beginning its ascent here.

Yes, the translation of the name is as funny as you might anticipate: Crazy Mountain. I don’t know why Montecucco picked up its name, but I can tell you that the wines are crazy good. And I’m no knee-jerk lover of Tuscan wines!

When I started to drink them, in the 1960s, Chiantis (the most famous Tuscan wines) were light, delicate, beautiful quaffing wines for grilled meats and pastas. But along came “modernization,” the striving for big points from wine publications…and everything changed. Chianti got bigger in body, alcohol, tannin, color…all the things I don’t especially love. The central region of Chianti Classico was hit hardest of all; I did a tasting at the consorzio in Tuscany about two years ago, and found all 100 Chianti Classicos to be rich and hearty wines. Today, I seek out other subregions, like Chianti Colli Senesi and Chianti Rufina, to get a better shot at an old-fashioned, well-behaved Chianti.

Also in the last few decades, the stock of other Tuscan red wine regions began to soar. The town of Montalcino, south of Chianti Classico, has been making its famous Brunello di Montalcino for over 100 years; it has always been big wine, but it’s bigger now than ever, and more revered. Down on the southern coast, in the Maremma area, famous winemakers started playing with Merlot some years ago—and get big bucks today for their plummy, almost New-World-style wines. 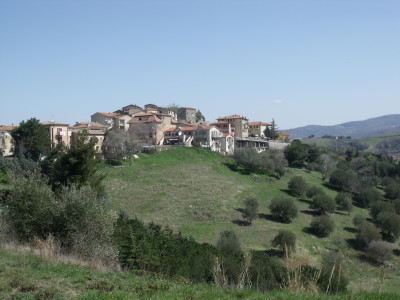 And this is where, in my tasting world, Montecucco comes in…just in the nick of time!

The region of Montecucco lies between Montalcino and Scansano with the Maremma coast to the southwest. At its heart is the town of Cinigiano, on the slopes of the old volcano Monte Amiata. Most of the Montecucco vineyards can be found at considerable elevation, about 1,000 feet above sea level, which contributes to the cool, slow ripening of the grapes. Also chilling things down are the mountain winds at night, which alternate with the warm sea breezes of the day. Add to this a rocky, dry, sometimes volcanic soil—which stresses the vine just to the right degree—and you’ve got what many are calling “an ideal grape-growing microclimate.” Particularly for me—because the Montecucco wines are leaner than Montalcino and Maremma wines—but have enough stuffing to keep them delicious. And, to top everything…they age well! 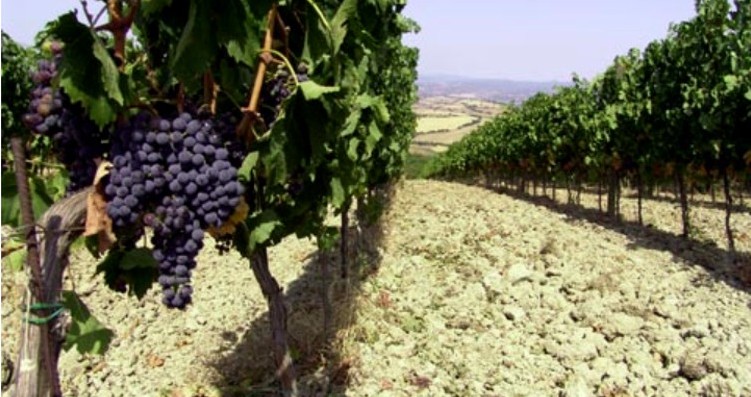 The most widely planted grape variety in the region is Sangiovese (also the mainstay of Brunello di Montalcino, and of all the Chiantis). But winemakers freely experiment with traces of other red grapes, some local, some foreign, to find the right varietal ratio. The two main reds of the region were granted DOC status in 1998—when only 100 hectares of vines were planted—but these wines were upgraded to the more prestigious DOCG in 2010. Today, there are over 800 hectares of vines, and nearly 100 winemakers.

This is where Giovan Battista Basile lives and works. He wasn’t born here—he’s Neapolitan—but you have to feel that living at the base of the Monte Amiata volcano, as he did on his sister’s property for four years, touched his Vesuvian soul. While living there in 1998, just after the granting of DOC status for Montecucco, he purchased the vineyard’s land.

Today, the Basile winery is certified organic (as many Montecucco wineries are), and produces 35,000 bottles a year. The wonderful trio of reds they produce and ship to the U.S. are: 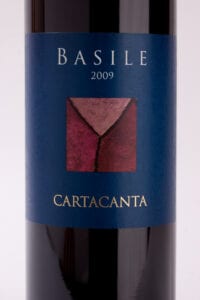 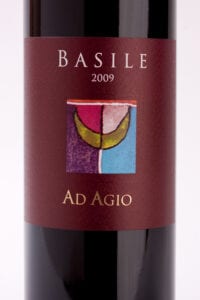 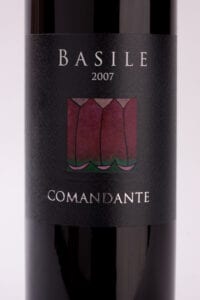 They are among my favorite bigger Tuscans: the fruit character is poignant, cherry-like, but not overripe. And the structures are classic (for aging!) without being overly hard.

Basile also makes a white wine from the Vermentino, Viognier, and Petit Manseng grapes, which you can read more about tomorrow. And there’ll be a recipe to match it!