Rioja: What’s In a Name? 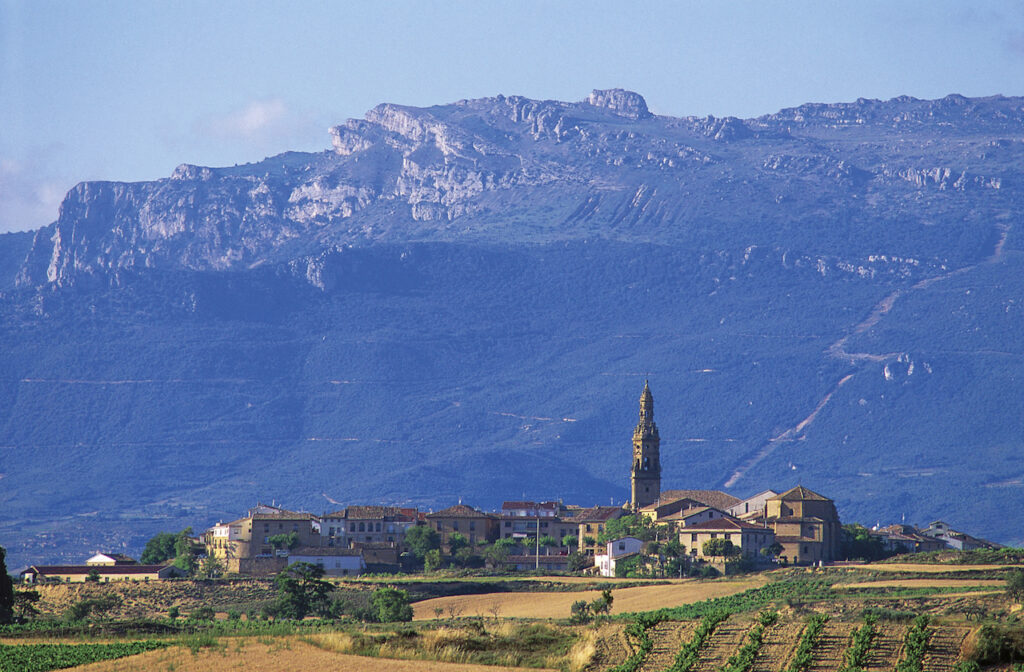 This can mean many things when it comes to Spain’s most recognized wine region and the first to receive the prestigious DOC (Denominación de Origen Calificada). Geographically, “Rioja” is divided into three subzones, each with a distinct terroir. A “Rioja” can also be defined as a “Crianza,” a “Reserva,” or a “Gran Reserva” depending on the aging. And then, there’s the style of wine: traditional or modern.

Rioja’s three subzones are marked by the Ebro River. To the north at the foothills of the Sierra Cantabria Mountain range is Rioja Alavesa, the smallest region. Here, elevations are higher, and the terrain is rugged and rocky with chalk and limestone soils. The weather is impacted by the Atlantic with more moisture and wind, albeit tempered by the mountains. Just south and west is Rioja Alta whose climate is drier. Soils are more alluvial, comprised of limestone and clay. South and east is Rioja Baja with a dry, hot Mediterranean climate and more alluvial soils.

Tempranillo is the dominant red grape varietal in both Rioja Alavesa and Rioja Alta. In Rioja Baja, you will find more Garnacha-based wines in addition to Tempranillo. Throughout the three subzones other red grapes such as Graciano and Mazuelo (also known as Cariñena or Carignane) are planted. Depending on the winery and subzone, you will find 100% Tempranillo, 100% Garnacha and then some wines with a small percentage of other grapes for the reds. Sometimes, but not always, the grapes are noted on the back of the wine’s label. It’s up to the producer. 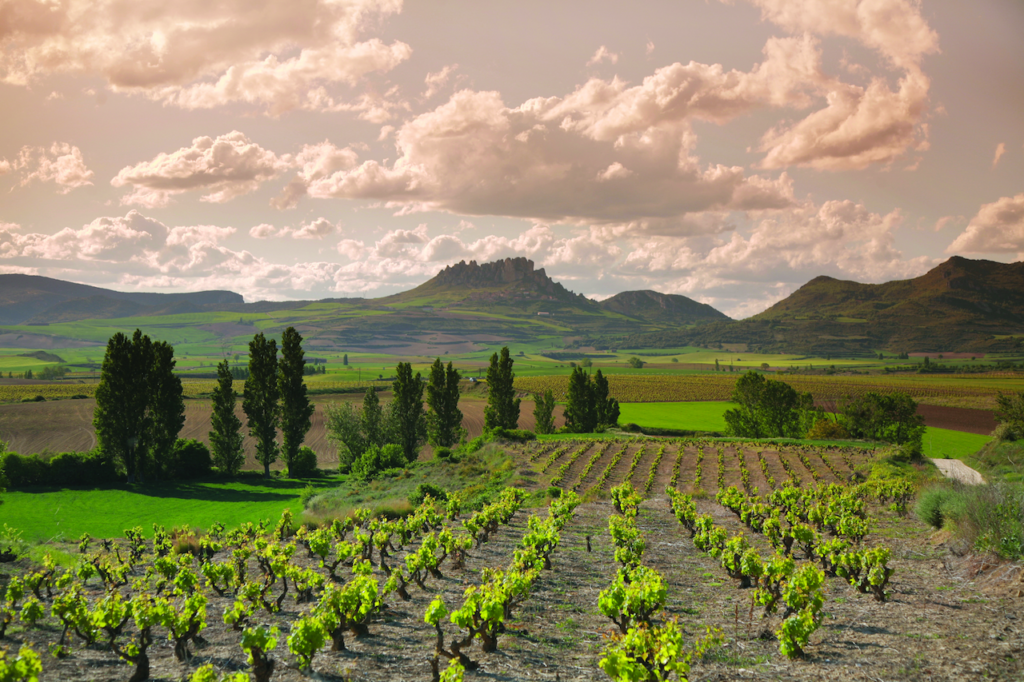 While many associate Rioja with red wines, some excellent white wines are produced with grape varietals such as Viura, Malvasia, and Tempranillo Blanco. The white wines can be barrel fermented or in stainless steel, imparting different styles. Rioja rosés (aka rosados) have grown in popularity with more than 40 now available throughout the US.

Stylistically, Rioja wines can be traditional, with understated elegance on the palate, or modern with more concentrated fruit and lushness. It all depends on the hand of the winemaker and the vinification process. For the wine consumer it means more options and styles to enjoy with many cuisines. Currently, Rioja wines are simply labeled “Rioja” and note aging (e.g., Crianza, Reserva, Gran Reserva). Some producers want to change this to include more classification to identify the wines by subzone and the village/area where the wine is produced, following in the footsteps of regions such as Bordeaux and Burgundy. This way, consumers will know where the wines are made within a subzone.

When visiting Rioja, a good place to base your trip is Haro which hosts an annual Rioja Wine Festival in Logroño, the region’s capital. Here and there are pretty little towns such as the walled village of LaGuardia in the province of Álava. Some of the wineries are architectural masterpieces as stunning as the wines themselves. 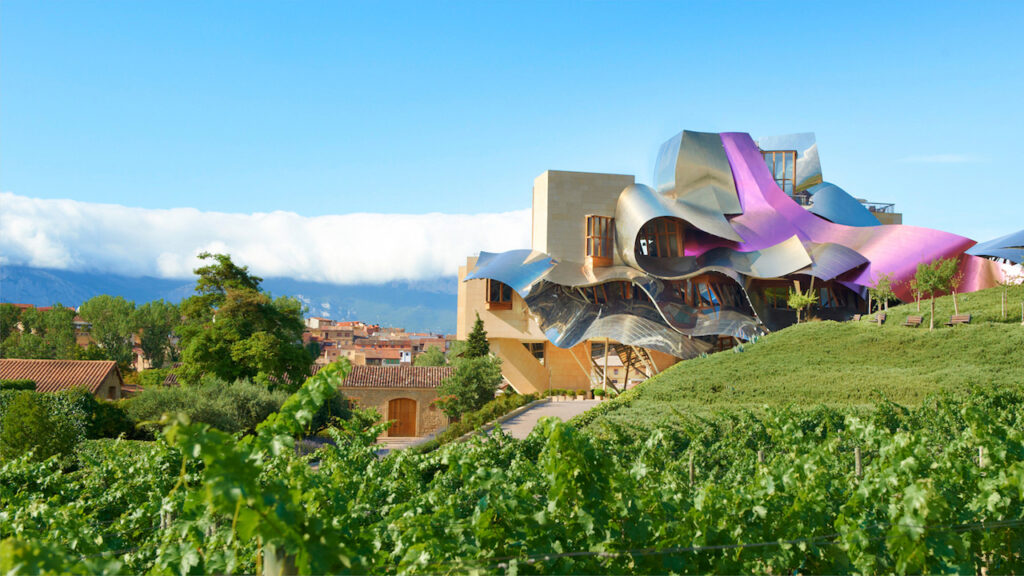 Wines to try
Rioja Alavesa
Luis Cañas: This family-owned winery dates back to 1928, although the family has been growing grapes and making wine for more than two centuries. A second family winery, Bodegas Amaren, is named after Luis Cañas’ mother. (Kysela Pere & Fils)
Baigorri: The eye-catching glass structure perched on a plateau was designed by Basque architect Iñaki Aspiazu. Vinification occurs 30 meters underground, producing modern elegant wines. (The Artisan Collection)
Marques de Riscal: This winery is an architectural masterpiece designed by Canadian architect Frank O. Gehry as part of his City of Wine project. The on-site hotel is part of the Luxury Collection. (Shaw Ross Importers)

Rioja Baja
Palacios Remondo: After making a global name for himself in Priorat, Spain’s star winemaker Alvaro Palacios assumed responsibility for his family’s Rioja vineyards after his father died in 2000. (Folio Fine Wine Partners)
Bodegas Ontañon: This fifth generation family-owned winery sits high in the Sierra Yerga Mountains outside of the township of Quel, which has been one of Rioja’s outstanding winemaking centers for three centuries. (Gabriel Wilson Selections)
Viña Herminia: The winery’s name is a homage to Herminia Casas Madorrán, wife of owner Joaquín Lagunilla Artacho. (European) 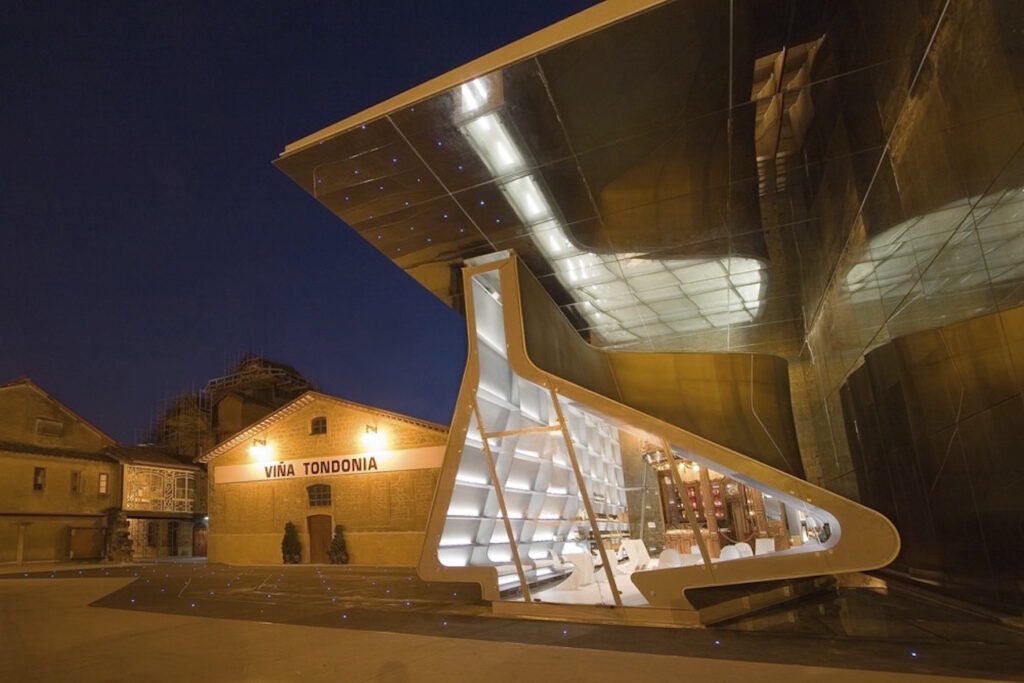