2018 Harvest Report, from Napa to Champagne 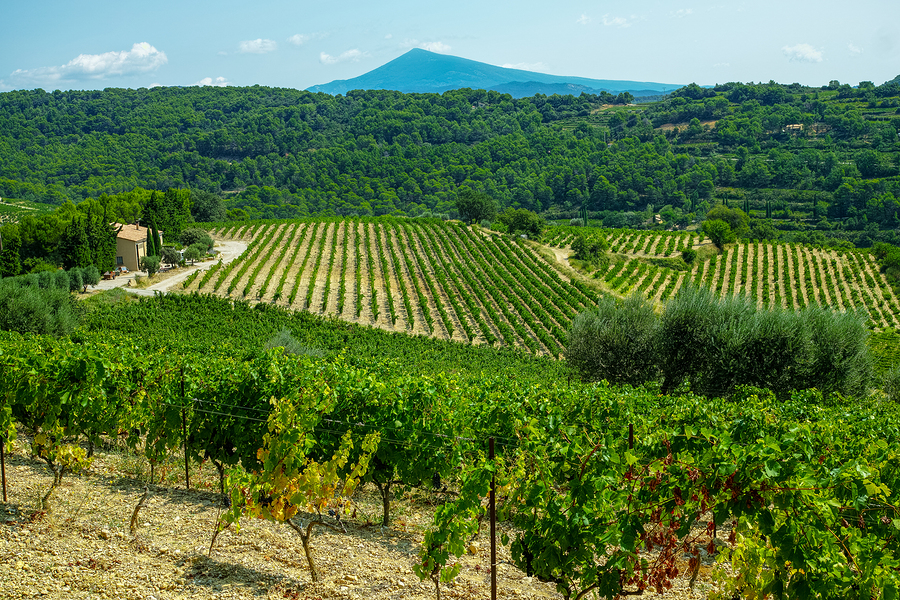 From Tuscany to Napa, autumn means it’s time for the grape harvest. By now, the harvest is underway—and in some places, it’s already finished. Old and new world growers and winemakers throughout the northern hemisphere expressed optimism about the quality and quantity of this year’s crop. Our producers and partners weigh in on the state of the 2018 wine harvest:

“Quality wise, it’s going to be a stellar 2018,” Jennifer says. “It was a great growing season, with consistent temperatures, some heat spikes, and not much spring rain.” 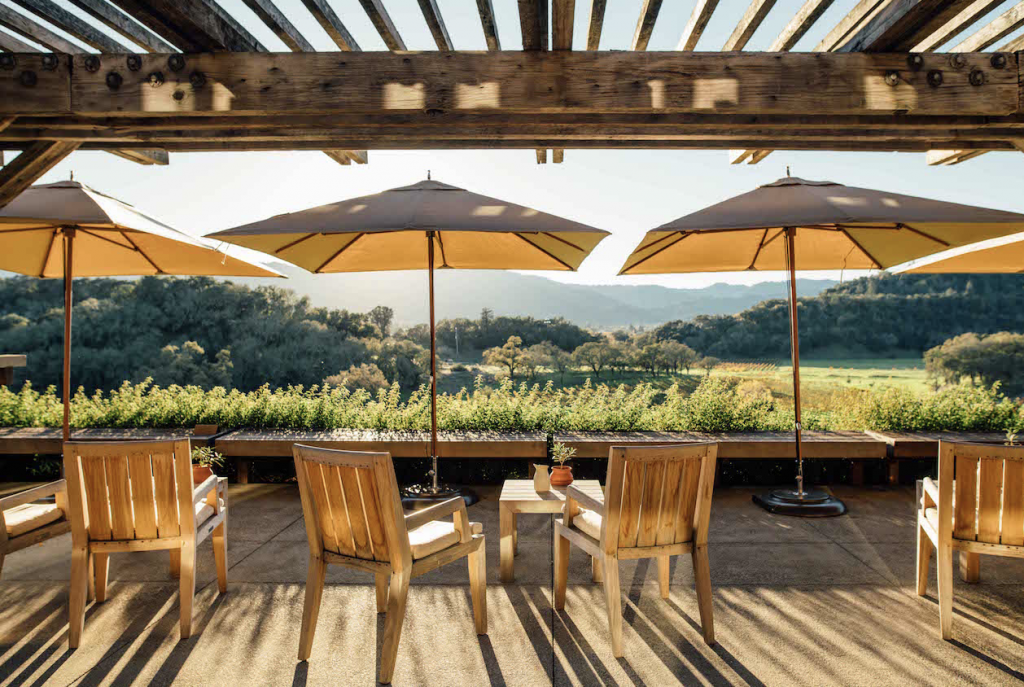 Jennifer works with producers in Sonoma County. Pinot harvest began during the third week of September, and the bigger reds are harvested in October. “Consistent weather is best for the bigger reds,” Jennifer explained. They did experience some early autumn rain, which usually doesn’t come until the end of October. “In Napa, we’re two weeks behind where we were in 2017 and one week behind 2016.”

Throughout California, vineyards are experiencing less shatter than usual. (That’s a good thing!  “Shatter” refers to a grape cluster that fails to develop properly into maturity.) Winds are keeping mold away from the crops. “Malbec is a standout right now,” according to Jennifer. “Cabernet is looking good in Rutherford and Howell Mountain. In the Russian River Valley, chardonnay is running a few weeks behind, but the acid’s holding firm and the quality is exceptional.”

The Cave de Ribeauvillé is the oldest wine co-operative in France, founded in 1895. “This year, harvest is one or two weeks earlier than usual, thanks to Mother Nature,” says David. “This spring was really great for the crop production cycle—good temperatures, enough rain, sun, etc. But summer was extremely warm and dry, which is tough for some grape varieties like Riesling and Gewurztraminer.” In fact, this year’s summer was one of the warmest on record in the past 50 years.

Alsatian grape varieties are adapted to their climate. They thrive when it’s warm but not too hot, with rainy springs and cooler nights. This summer’s heat made it hard for grapes to fully ripen. “We had to make a green harvest, which is to cut grapes before harvest to try to increase the concentration of fruits,” explains David. Despite that fact, he believes “this vintage will be great for the health of the grapes, marvelous acidity level (especially in Riesling and Pinot-blanc for Crémant), but it’s too early to say anything about quality of the wines.”

“It is very important to have a project based on the grapes you have available and the wines you intend to produce,” says Alessandro Fabiano, the fourth-generation producer of Fabiano Wines, which has been making fine wine in Veneto for more than a century. “Each different batch of grapes will dry separately and will be vinified by itself. Wines will be blended many months later, and that is another magic moment of our winemaking.”

At Fabiano, the 2018 harvest was a successful one despite a flood and weather that has been extra variable in the region in recent years. The harvest is a long process that begins in September and continues for half a year. “We then have to wait 100 days for drying the grapes that will be vinified in December, and grapes for Recioto, the sweet Valpolicella wine, are vinified in February,” explains Alessandro. “It takes six months to go through the vinification of each vintage!” His team is in the vineyards every single day during harvest. When the work finally comes to an end, they celebrate with “a fantastic county dinner with all our growers.

We also invite all our sales team so the group becomes very big and happy!” It’s challenging and rewarding hard work very much worth celebrating. 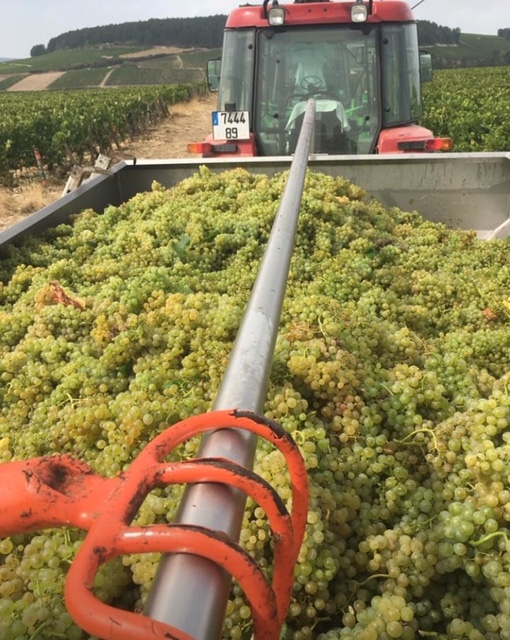 “This year is an early year,” says François, thanks to “a lot of rain in late winter, an early, hot spring, and a very hot and dry late spring and summer. The first sunny days made the vines awaken quicker than usual.” François explained that the harvest starts about 100 days after flowering begins, and winemakers use their expertise to narrow down which plots are ready first.

This summer’s heat accelerated the fruit’s maturation process, resulting in smaller grapes and less juice, which is okay for red grapes, but less ideal for whites. “The early harvest is a good thing for the red grapes,” according to François. For the white grapes, “it is better to harvest earlier, even if the sugar isn’t so high. Natural acidity is the key quality. It is easier and better to add sugar for the fermentation, rather adding acidity.”

“Each region will have their own quality,” Françoissays. “It should be a good to a very good year overall. We will know more in one month after harvest, when fermentation is finished.”

“In truth, it is a regular harvest in Tuscany and in Italy in general,” Giovan weighs in. “We had a rainy winter and spring, a mild summer with some rain in August. Last year we had an early harvest because of the heat and a of rain. The quality was good, but the quantity was much less than usual.” This year, the harvest started on September 6thand continued through the middle of October. The 2018 vintage is looking solid for quality, and better than last year in terms of amount. 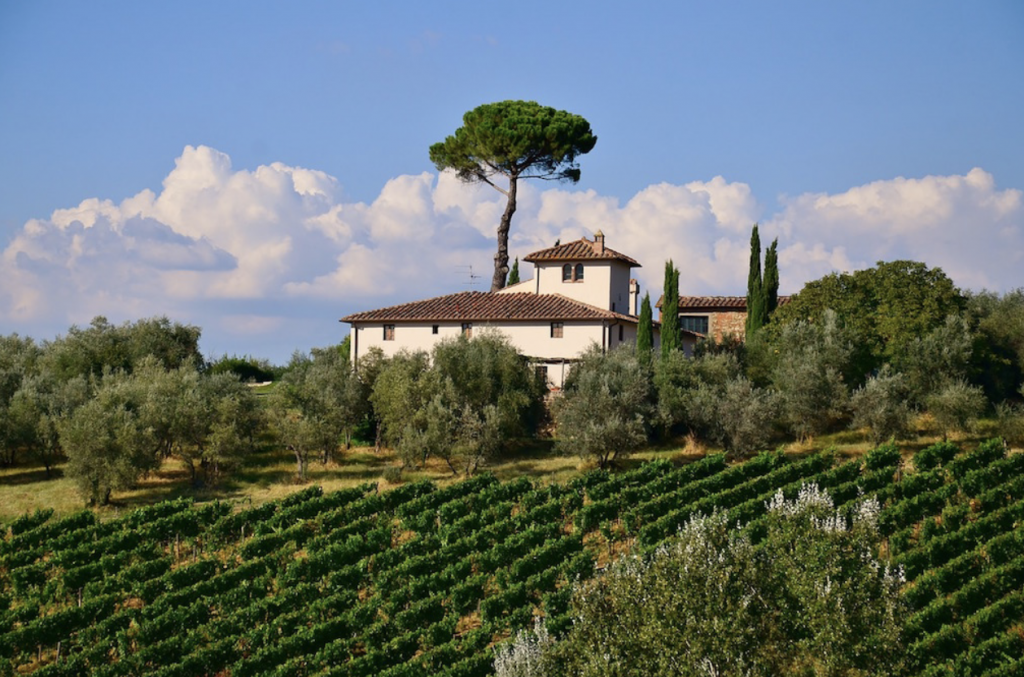 “At the end of the harvest we celebrate the ‘ben finita’ with a dinner with our family and all the people that worked during the harvest,” Giovan says. The harvest days are long—sometimes 15-hour work days—so when the last grape reaches the winery, it’s cause for a celebration.

Sabra spent time in Champagne for the harvest, which was from September 3 – 11. “It’s one of the greatest years they’ve ever seen in Burgundy and Champagne, and one of the earliest harvests in 100 years” Sabra exclaims. “It’s huge for quality and quantity, and it’s rare to have both.” Sabra attributes this to the dry, sunny and mild weather. “Everything was ripe,” she says. “There were no mildew or mold problems. There were so many perfect grape clusters, and a record number of yields.”

In the past 15 years, harvest dates are averaging a full month early. The effects of global warming and climate change are significant.

“The last two vintages have been bad, so this is a recovery,” Sabra says. “Everyone is super happy and excited. This may be the modern day 1947 for Champagne.”

Sabra also spent time visiting winemakers in Austria and Germany. “Austria’s harvest is finished,” she reports. “It was an early harvest there as well. It was a warm year—maybe a little too warm, but nobody wants to say that yet.”

While conditions vary extensively from region to region and vineyard to vineyard, overall 2018 is shaping up to be an excellent vintage.