For Sommelier Anna-Christina Cabrales, Community Is Everything 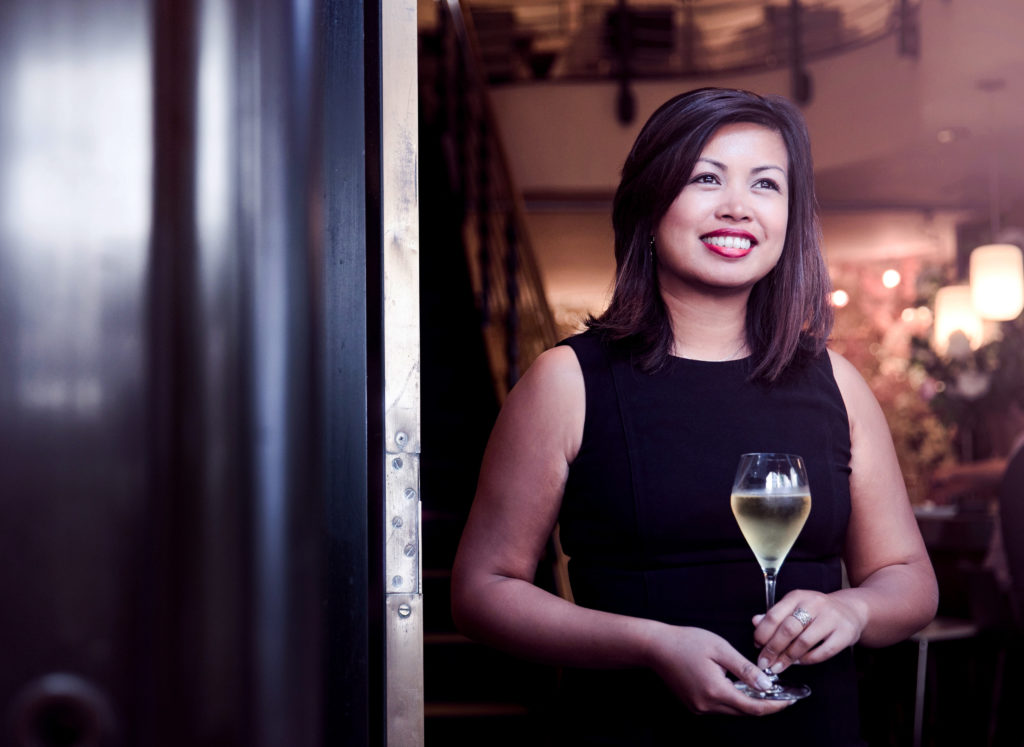 It was a beautiful sunny day when I chatted with wine superstar Anna-Christina Cabrales over FaceTime. I would have loved the chance to share a glass of wine with her in person, maybe a white or red Burgundy, or Champagne, her current favorites, but…these crazy times make such plans difficult. Instead, she skootched aside her mask on a bench in Carl Schurz Park on the Upper East Side, occasionally flipping her screen to show me cute dogs passing by as we talked.

Anna-Christina found herself in wine “completely by accident.” She left her corporate project manager job to pursue her love of food and cooking at the International Culinary Center, inspired by several chefs in her food-loving family.

Anna-Christina remembers Christmas as a kid, with at least 75 people crowding her family home. Surrounded by people she loved, delicious food, beverage and cheer, “it felt warm, it felt good…That’s what I love to do, what I keep coming back to—to constantly recreate that feeling.”

During a wine class, “the wine bug just hit me, and it’s been a great romance ever since.” It all became clear during a date at the Four Seasons—her date chose a bottle of 1982 Amarone, as a nod to her birth year. She was way more enamored with the wine than with her company.

At Morrell Wine Bar, Anna-Christina expanded the by-the-glass selection to more than 150 wines. In 2014, The World of Fine Wine voted Morrell Wine Bar’s glass list “Best by-the-glass Wine List,” and since 2015 Wine Spectator awarded her portfolio, with well over 1,200 selections, the Best of Award of Excellence. She prided herself on championing both esteemed winemakers and talented up-and-coming producers. 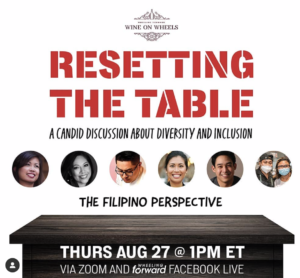 Fast forward to the middle of 2020. Like for most of us, it’s been a tumultuous several months for Anna-Christina. In July, she was laid off from her job as beverage director and general manager at Morrell Wine Bar, where she’s worked since 2012. “I thought it would be my forever home,” she said of the position. “I was afraid I would be immediately irrelevant after leaving.”

Instead, the opposite is true—Anna-Christina has found new passion and purpose connecting and uplifting fellow travelers in the food and beverage industry. “Hospitality people never cease to inspire me,” she told me. “They are some of the most interesting, crazy, genuine, giving people I have met on the face of the planet.”

She’s also found essential time to recover and re-center. “I was nonstop for years,” she explained, “working 15 hours a day and going out at night. I would have spiraled.”

With the future of hospitality full of unknowns, Anna-Christina has found a new sort of momentum. “I’m thankful that I’m restless,” she said. “Thank you, Covid, for showing me that I love to network and make connections.

Her networking has landed her a new position as a mentor at Wine Unify, a nonprofit that works to welcome, elevate, and amplify the voices of underrepresented minorities in wine. “Wine Unify has opened up a whole new world for me,” Anna-Christina told me. “I’m mentoring others and others are mentoring me.” (Wine4Food is going to be profiling Wine Unify’s incredibly accomplished mentors…stay tuned for more!)

Wine Unify is just one way Anna-Christina is busy “trying to create inclusive opportunities and conversations.” She’s started a series of live Instagram chats called #TalkingWithMyMouthFull and a handle @sommation_live to raise awareness of the interlocking parts of the hospitality chain that have been affected by the pandemic. Anna-Christina and her guests, from restaurant owners and chefs to sommeliers and servers, do not shy away from hard topics. “There is so much pressure to find solutions right away,” she shared. “But first we have to start the conversations. It’s good to be a little uncomfortable.” 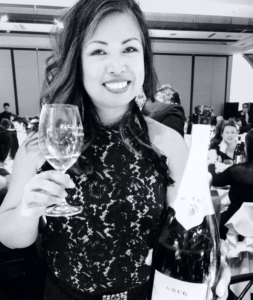 Among those potentially uncomfortable topics: minimum wage and financial struggles, how to make both back- and front-of-house work truly livable professions, mental health, cultural appropriation, and “understanding why ethnic food is not just something that is cheap.” Plus, Anna-Christina tries to give her community things to look forward to for the week ahead. “Something to get you out of bed,” she explains. “That’s a big challenge these days, getting out of bed.”

I’ll be getting out of bed for Anna-Christina’s panel on August 27 at 1 PM EST. “Resetting the Table: Filipino Panel with Wheeling Forward,” which will dig into hot topics and issues within Filipino culture and hospitality with Annette Alvarez-Peters, Paula de Pano, Jhonel Faelnar, Louis Bayla, and Rachel and Joel Javier. (A tip from Anna-Christina: you can pair Filipino food with so much more than beer or Oregon Pinot Noir!) We’ve featured Yannick Benjamin and his organization Wheeling Forward, which advocates and uplifts people with disabilities, before on Wine4Food. Now Wheeling Forward is hosting a series “Resetting the Table,” featuring candid discussions about diversity and inclusion on zoom and Fabebook Live. We hope you join in.

So much has changed in the last few months, but Anna-Christina’s commitment to “making a better tomorrow, better wine, and a better community,” remains constant. “That’s the reason why I do this. There are some really dark moments, but we are there to uplift and check in on each other. That’s how we get through this.”

Anna-Christina is passing on the baton to her mentor Annette Alvarez-Peters at Wine Unify, who we can’t wait to write about next. Fun bonus: watch Anna-Christina teach Carole Mac about the magic of French wine on our new series Somm School Insider!