Chablis: Drink Deep, or Taste Not the Pierian Spring!!!

First things first: there is no “Pierian Spring” appellation! The Pierian spring—an imaginary, mythological place—was sacred to the ancient Greeks: it was worshipped as the fount of knowledge. If you took only a sip from the spring, your knowledge was sketchy. If you “drank deep,” you really knew your stuff.

It was Alexander Pope, the great eighteenth-century English poet, who fixed “Pierian Spring” forever in the minds of modern literates:

“A little learning is a dangerous thing…”

“Drink deep, or taste not the Pierian spring.”

Pope couldn’t have known it, but his advice was perfect for those who want to enjoy Chablis in the 21st century. Whatever he said about “the Pierian spring” applies perfectly to the River Serein, which flows through the Chablis region in the northwest corner of Burgundy. 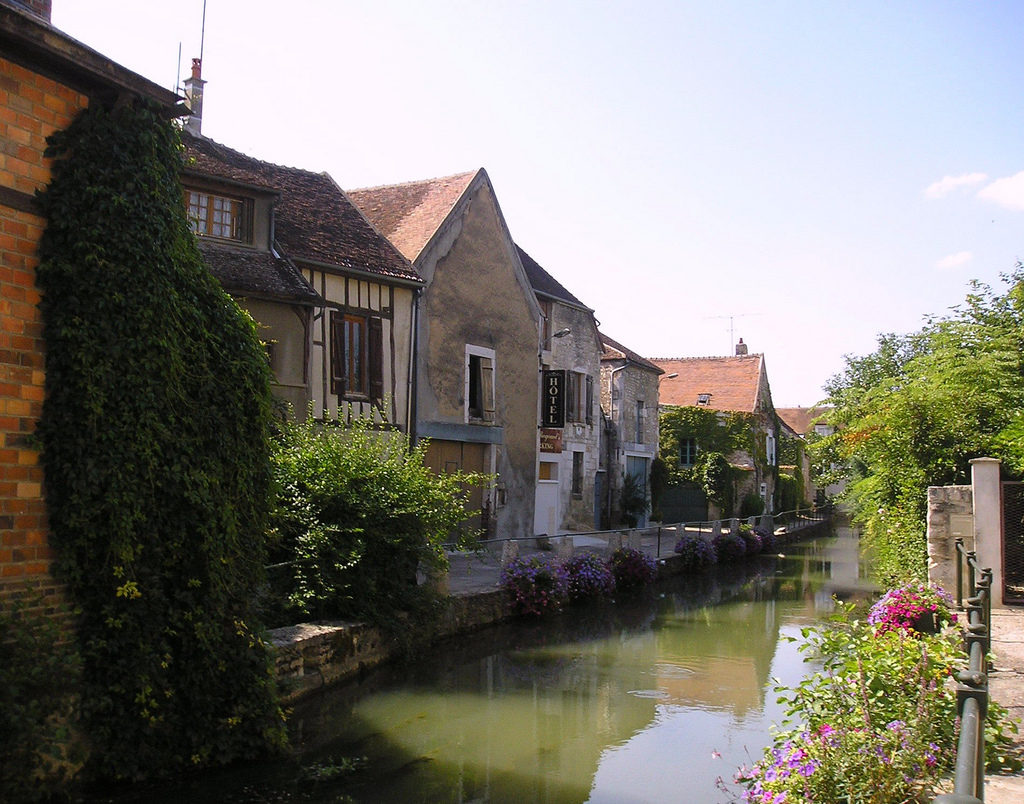 Why? In short, I can think of no famous wine name that demands greater knowledge, if you really want the wine at its best.

And this understanding of Chablis is especially important…because, to me…a really authentic Chablis is the greatest expression of Chardonnay in the world.

So many elements conspire to create Chablis confusion. First of all, the name itself was co-opted years ago by the California jug wine industry—which has long turned out crappy wine that they label as “Chablis.” Some unwary consumers think this is “Chablis.” But real Chablis comes from a small town in France called “Chablis” and its environs. Only there! Real Chablis, from rocky clay and limestone soil, is usually crisp, flinty, dry, acidic, very nimble with food. California “Chablis” is anything but: it’s usually fat, heavy, off-dry, hot, bubble-gum fruity, clumsy with food. The only “rocks” involved are the ones in the heads of its buyers.

Then come the challenges of the appellations. There are almost 14,000 acres of vineyards growing grapes that can be made into wine called Chablis. But one must understand that there are essentially four different wines, four different appellations, made from these grapes. 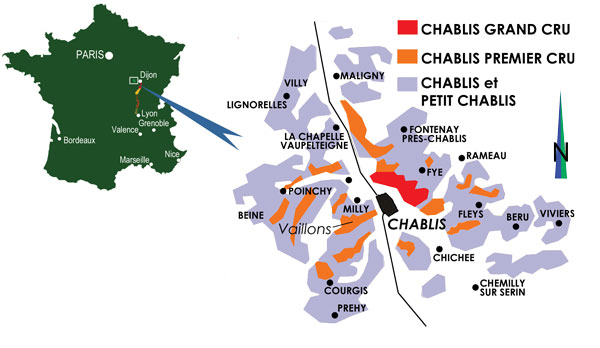 The largest production is of a wine called “Chablis,” just “Chablis.” It comes from grapes grown in and around the town of Chablis…so wine geeks often refer to this wine, using the Burgundian system of naming, as “village wine.” It can be classically “Chablis” in style—dry, crisp—but it isn’t always, unfortunately. As always in Burgundy—the producer has to be your guide. The situation has been clouded further in the last 20 years, by the government-approved expansion of vineyards that may be allowed to grow “Chablis” grapes. So “Chablis” from 2015 may not taste as classically “Chablis” as Chablis from 1995. Tant pis.

At a higher appellation level is “Premier Cru Chablis,” or “First Growth Chablis.” Only 15% percent of grapes used in Chablis come from “Premier Cru” vineyards. There are 40 different officially recognized vineyards that may use the name “Premier Cru” on wines made from their grapes; this itself sows some confusion, because 1) some producers prefer to name their Premier Cru vineyard on their labels (such as Montmains, a famous Premier Cru), while some producers prefer to simply say “Premier Cru,” with no vineyard name. AND…2) there are many other sub-vineyards within the officially recognized 40 Premiers Crus, so those sub-names sometimes pop up too. A great example is my favorite Premier Cru vineyard, Butteaux, from a steep, limestone-rich slope, which actually lies within the Premier Cru Montmains! For years, producers left the name Butteaux off the labels, but, lately, this sub-vineyard has become better-known and, therefore, you may actually see the name “Butteaux” on Premier Cru labels today. Remember, “drink deep!”…because if you know what Butteaux is, and look for it, you will be rewarded with classic Chablis wine. Generally speaking, Premier Cru Chablis is a little richer, a little more complex than appellation Chablis, but there’s much variation within these 40 vineyards and their producers. 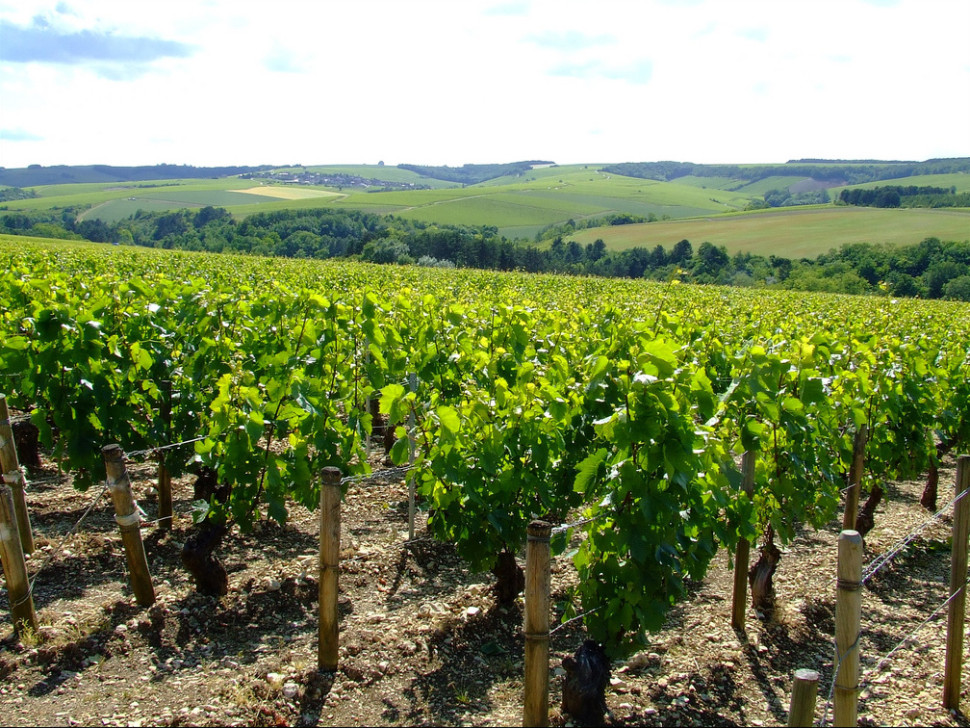 At a higher appellation level still is “Grand Cru Chablis.” which is probably the easiest Chablis appellation to understand. There is only one slope that has Grand Cru vineyards (lying across the Serein River from the town of Chablis), and there are only seven vineyards on that slope. Every wine lover has memorized the seven Grand Cru names (such as Les Clos)…because the wines are the biggest, richest, most complex, most age-worthy in the whole Chablis region. But this fosters confusion too. “Rich and complex” is not necessarily what you always want! I once asked a wine geek friend to bring some Chablis to a dinner party, to cover the raw oyster course. An over-reacher, he brought ten-year-old Grand Cru Chablis from one of the richest producers…which tasted like pineapple juice with the saline oysters. Grand Cru Chablis wines rarely seem like what we normally call “Chablis.”

I would have been happier if that friend had brought a perfect “Petit Chablis” to go with the oysters. Petit Chablis is the 4th Chablis Appellation, the one that sells for the lowest price (usually $15 to $20). If you think some appellation “Chablis” vineyards are on the outskirts…wait until you see where many of the Petit Chablis vineyards lie: outer outer of the outer! Confusingly, there are also many topographical variations in Petit Chablis vineyards, such as slope locations and valley locations. Shopping for Petit Chablis is among the hardest of all Chablis shopping tasks…because you must drink really deep to know a good one.

Luckily, I have! I was first introduced to Philippe Goulley, a brilliant Chablis producer, at an organic wine fair in France in the winter of 2013, and have liked their wines ever since. Domaine Philippe Goulley began organically farming their 13 acres of Kimmeridgian-clay-soil vineyards back in 1991, you know, before it was cool. In addition, the winery is a member of the BioBourgogne, a group of organic farmers and producers within the region of Burgundy. I was simply dazzled by the clarity in both in the younger, simpler Chablis, and in the older wines from more heralded sites (his Premier Cru Chablis age gorgeously!) One of the big debates in Chablis is wood vs. no-wood; I discovered that this is an in-between house! Philippe’s father, who still makes wine with his son, is the no-wood traditionalist. But Philippe likes to experiment sometimes with Chablis in new oak barrels. However, the father is always there to keep Philippe’s use of French oak restrained! Tomorrow, I will take a big gulp and share Goulley’s Petit Chablis with you.