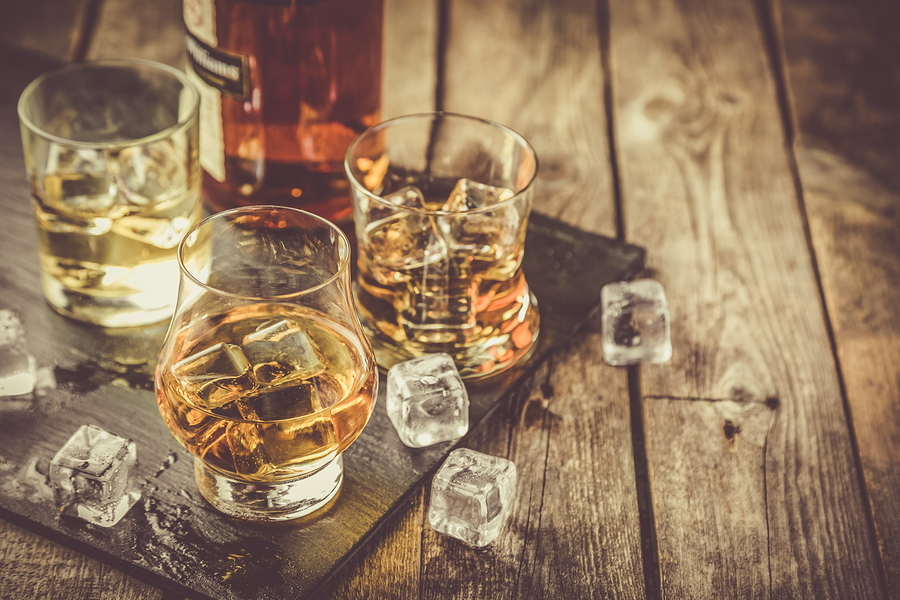 “All southern girls should know how to drink bourbon,” my Dad used to say. He’d serve me a nip with honey to nurse my colds. Growing up in the south, I remember every party had plenty of bourbon at the bar. It was usually better than the wine served!

But bourbon is not only a southern tradition; it’s part of America’s cultural heritage. In fact, bourbon is our nation’s official native spirit as declared by Congress in 1964, and its birthplace is Kentucky.

Most anyone from Kentucky will probably tell you: “While all bourbon is whiskey, not all whiskey is bourbon.” Whiskey can be made anywhere, but ninety-five percent of bourbon whiskey is made in Kentucky, thanks to its stable climate conditions and limestone-washed water, both ideal for production. Known as Kentucky Straight Whiskey, it is part of the state’s livelihood, culture, and pride, along with bluegrass music and thoroughbred horse racing. It’s estimated that one and half barrels is made for every person living in the state.

Bourbon-making is a time-honored tradition and carefully regulated process. Guidelines require it be made in the U.S. using a minimum of 51% percent corn (most distillers use 60% – 80%). It must be aged at minimum two years in charred new white oak barrels, stored at no more than 100 and 2500 proof and bottled at no less than 80 proof (proof being roughly double the alcohol-by-volume). No enhanced coloring or added flavors may be added. 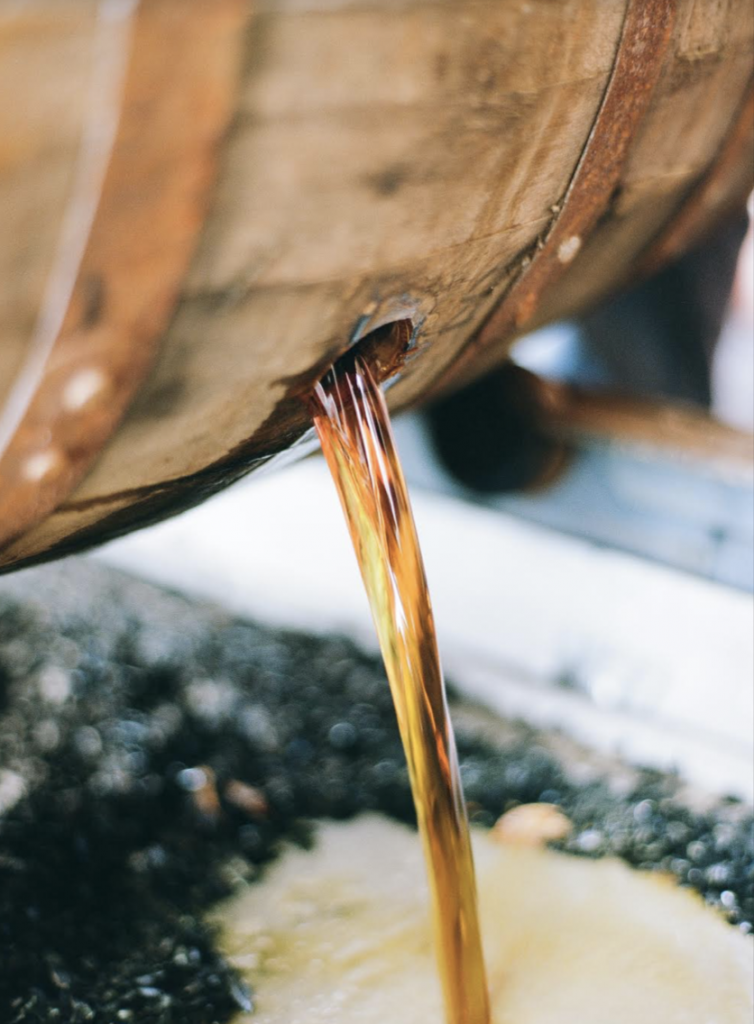 Bourbon’s style depends on what flavor profile the master distiller wants to achieve. Factors include: the blend of grains, strains of yeast, the white oak barrels and their storage, and alcohol by volume (ABV). Small batch Bourbons are blended from a few select barrels; single barrel is from one. Average aging is five to twelve years but can be longer than twenty.

Bourbon has always been popular among the whiskey set. Shows like “Mad Men,” where whiskey cocktails had a starring role, helped boost the spirit’s universal appeal, notes Jeff Crowe, General Manager of the Evan Williams Bourbon Experience in Louisville. He says, “Bourbon is the new sexy. There used to be a misconception that bourbon was your grandfather’s choice of spirit. These days it could be your best friend, your fraternity brother or girlfriend’s favorite drink.”

Bourbon can start a meal or end it with equal pleasure, thanks to its embracing flavors of roasted nuts and caramel toast. Troy Ritchie, sommelier and bourbon steward at the English Grill in Louisville’s historic Brown Hotel, recommends pairing straight bourbon with dishes that have a little smoke or sweetness, like the Grill’s club sandwich with bacon served with bourbon-spiced French Fries and smoked ketchup. He suggests a Manhattan cocktail with the hotel’s signature Hot Brown, an open-faced sandwich with roast turkey, bacon and Mornay sauce (béchamel with cheese).

Ritchie says, “Stronger proof levels typically are what our bartenders like because bourbon cocktails are boozy and full of flavor. If we dilute the beverage too much it loses that warming Kentucky hug. The overwhelming idea is to balance the alcohol strength of the spirit with a rift toward layers of fruit.” 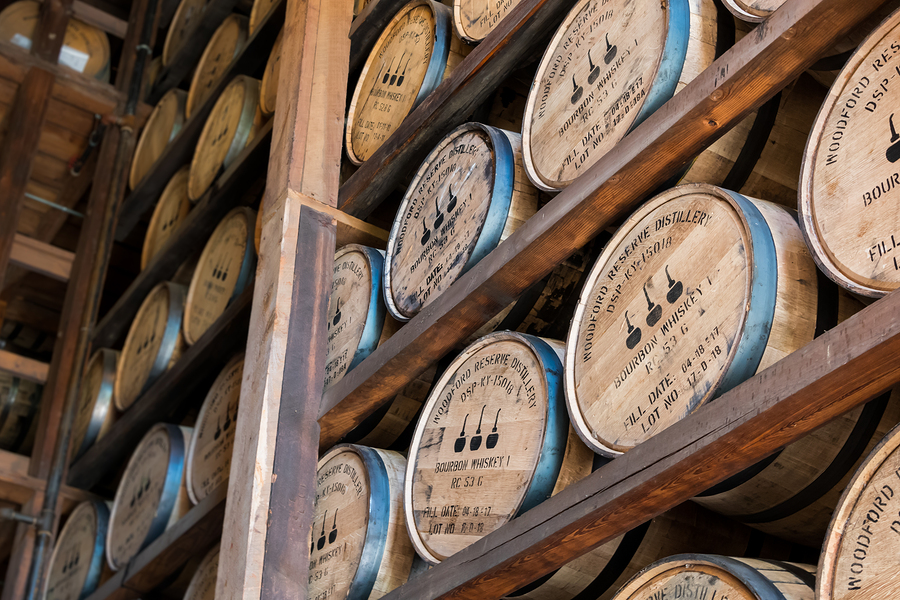 Kentucky distillers extend their most gracious southern hospitality to visitors with tours, tastings, cocktails and snacks, especially during Bourbon Heritage Month in September. But anytime is worth a visit to experience the heart and soul of bourbon country.

Most travel sites offer self-drive tours, downloadable maps and options for escorted tours and hired transportation, so visitors can taste comfortably and safely. Here some to check out:

Bourbon Country is an inclusive website for discovering itineraries, distilleries, hotels and restaurants.

In addition to the Urban Bourbon Trail®, Louisville is home to the Kentucky Bourbon Trail Welcome Center and Spirit of Kentucky exhibition at The Frazier History Museum and historic Whiskey Row.

The Kentucky Distillers Association provides information on distillery members, a glossary of bourbon terminology, and tips for hosting your own bourbon tasting. A collaboration with ride- share Lyft offers five dollars off two rides between distillers (code: KYDISTILLERS).

Events are held year-round with festivities gearing up during September for Bourbon Heritage Month. Major celebrations include the  Kentucky Bourbon Festival® in Bardstown, known as the Bourbon Capital of the World, and Bourbon and Beyond in Louisville. The Kentucky Bourbon Affair is a weeklong event each June that focuses on education and behind-the-scenes experiences with distillers.  Of course, scoring seats at Churchill Downs to attend the Breeder’s Cup (November) or the Kentucky Derby (May) is always a high-five!